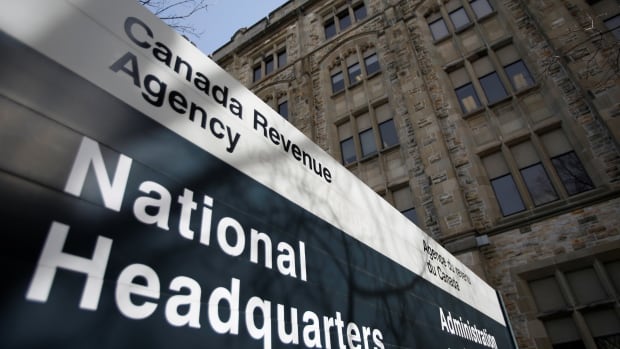 
A Tax Court judge has slammed the Canada Revenue Agency and the Justice Department for “egregious” conduct that threatened to deny three taxpayers the right to a fair trial in an epic battle over millions of dollars worth of tax penalties.

In a scathing decision that could have widespread implications, Judge Patrick Boyle found the CRA committed an “intentional and deliberate” pattern of ignoring court rules to “frustrate” the right that all Canadians have to get a full picture of an opponent’s case before heading to court.

The three taxpayers — a Manitoba psychiatrist, an Ontario nurse and a B.C. Air Canada pilot — were appealing three million dollars’ worth of gross negligence penalties levelled against them, for rejected returns filed through a pair of disgraced tax consultancy firms.

But after years of pre-trial delays resulting from the CRA’s repeated failure to comply with his orders, Boyle took the extraordinary measure of allowing the appeals without having a trial on the merits of the case this week, to “protect the integrity of the judicial process.”

“I find the [CRA’s] egregious approach to pre-trial discovery in these appeals to prejudice all three appellants who have been denied,” Boyle wrote in his ruling.

“These abuses of the discovery process … have caused considerable delay and expense to three Appellants in respect of their appeals. They have also led to an inefficient use of public resources financed by all Canadians.”

Boyle’s decision is the latest chapter in a saga that has seen hundreds of Canadians slapped with gross negligence penalties after filing returns through DeMara Consulting and Fiscal Arbitrators.

The principals of both companies were jailed for tax fraud for promoting schemes Boyle says “resemble in many respects the de-taxation practices of sovereign citizens, though with less of the non-fiscal cultish aspects.”

According to court records, B.C.-based DeMara’s scheme was called “the remedy” and essentially involved claiming personal expenditures and debts as expenses and capital losses for a non-existent business.

Canada’s Income Tax Act gives CRA the ability to levy penalties against Canadians who make false statements and omissions on their tax returns, either knowingly or under circumstances that amount to gross negligence.

The penalties in the DeMara and Fiscal Arbitrators case have reached into the millions, leading to a huge backlog of appeals that have been making their way through tax court since 2013.

Jeff Pniowsky, the Winnipeg-based lawyer who represented all three plaintiffs, said fighting a decade-long court battle with the threat of financial ruin hanging over their heads has cost his clients “years of happiness.”

“This was fundamentally a case about justice. Justice for the taxpayers who had to endure years of gamesmanship and chicanery by one of Canada’s most powerful institutions: the CRA,” Pniowsky told the CBC.

Pniowsky, who has four children, said Boyle’s ruling reminded him of a line from one of his family’s favourite superhero movies: Spiderman.

“It’s clear from this case that the CRA and the Justice Department have lost sight of that common-sense principle.”

Boyle’s detailed 53-page ruling goes through the history of the case, and the circumstances that led to each of the orders he found the CRA later ignored.

The fight centred on pre-trial discovery, and the rights of the taxpayers to examine a CRA representative or “nominee” who was “knowledgeable” about their case.

The second nominee was a lead criminal investigator who “did not even inform himself … whether any investigation was undertaken of any of these three appellants.”

At one point, Boyle called the investigator “thoroughly unprepared, unco-operative or untruthful.”

The judge said the CRA and its lawyers twisted the words of an order that boiled down to a demand for the agency to hand over any documents relating to any investigations that touched on the three appellants.

“I variously described this as ‘outrageously misleading and inappropriate,’ ‘this might be contemptuous,’ … ‘deeply, deeply disturbed,’ ‘highly inappropriate’ and ‘I don’t think you were reasonably mistaken,'” Boyle wrote.

The judge also zeroed in on the CRA’s failure to tell the defence that the second page of a three-page “Investigation Abort Report” against one of the plaintiffs had gone missing. The report was handed over in the middle of hundreds of documents. The missing page explained why a criminal investigation was dropped.

The CRA claimed it had no “specific obligation” to point out missing pages — a position Boyle found “shocking.”

“Courts do not consider discovery to be a game, and it is particularly disappointing when the Crown is the offending party,” the judge said.

He said the omission gave credence to the idea the CRA “is hiding something from them, from the Court and from Canadians about how these investigations have been conducted.

The judge pointed out that the CRA is “represented by the Department of Justice which is essentially Canada’s largest national law firm and employs a large number of tax litigation lawyers who are wholly familiar” with the court’s rules.

Boyle said making yet another order for compliance would be pointless.

He was reminded of a skit by legendary English comedy troupe Monty Python.

“To make such an order would conjure up memories of the Pythonesque skit of the British bobby of another era yelling at a scofflaw: ‘Stop! Stop!—Stop, or I’ll yell ‘stop’ again!'” the judge wrote.

The three appeals were supposed to be the lead plaintiffs for a much larger group of appeals. The judge said those people will have to speak with their lawyers to determine how the ruling applies to them.

Pniowsky says he believes the decision is the first of its kind against the CRA. He predicted fallout both in other DeMara and Fiscal Arbitrators cases and in the wider world of tax litigation.

“Intoxicated with a sense of moral righteousness, the government apparently determined or acted like these Canadians were not worthy of basic procedural rights, thereby committing the same wrongs they accused the taxpayers of: gross neglect, wilful blindness and at times deceptive conduct,” he said.