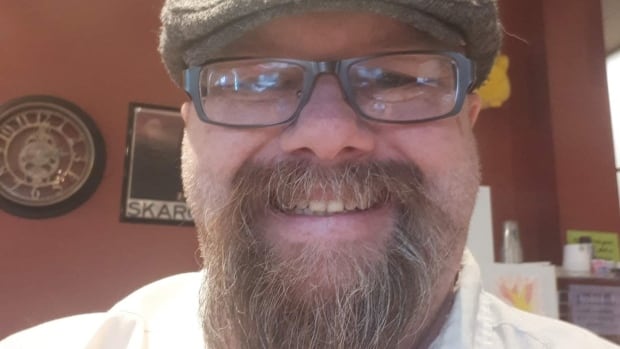 Joe Lunn spoke against lifting pandemic rules to protect the vulnerable. He died after contracting COVID-19

Joe Lunn, a heart transplant recipient, told CBC News in March that he was worried about the Ontario government’s decision to do away with vaccine certificates in public places.

He had also expressed concerns about its plans to end mask mandates, saying he felt safer in public when others were also taking precautions against spreading the virus.

“I have fought too hard to stay alive to give up because you feel inconvenienced by a four-by-four inch cloth,” he said at the time.

Lunn had spent much of 2022 battling health issues, including signs of organ rejection, his sister Vierlyn Lunn said.

Despite limiting his contacts to a couple of family members and those involved in providing home care and cardiac rehab, Lunn tested positive for the virus on a PCR test he was required to undergo for cardiac rehab, Vierlyn said.

“He wasn’t feeling very well to begin with that day,” she said of the day he received the call about the results.

“And then by that evening … he had told my mom, he couldn’t breathe. …My older sister took him to emerg, and he spent two days in emerg. And the morning of the third, they sent him to ICU. And by five o’clock, he had passed away.”

“When things [pandemic restrictions] did get lifted … the mentality I found of a lot of people — they just wanted their lives back to normal, and it didn’t matter who it would affect in the long run,” Vierlyn said.

She will remember her brother as a smart, funny, loving and empathetic man who was a great conversationalist.

Michelle Burleigh, the founder and co-administrator of the Facebook group Immunocompromised People are Not Expendable, said some immunocompromised people fear getting COVID-19, and more needs to be done to slow the spread of COVID-19.

“I feel like immunocompromised people as we continue to move through this continue to get closer and closer to fear of death,” Burleigh said.

The government doesn’t appear to be considering the safety of vulnerable people in its decision-making, leading to higher than necessary COVID case-counts, she said, and the relative lack of data collection is leading people to act more carelessly.

Burleigh believes people should still be required to wear masks in places such as grocery stores and pharmacies that were deemed essential during earlier stages of the pandemic and are difficult for vulnerable people to avoid.

But Dr. Leighanne Parkes, an infectious disease and medical microbiology specialist at Jewish General Hospital in Montreal, said it’s time for society to voluntarily take on the responsibility of protecting the vulnerable.

Evidence suggests that universal masking and staying at home while sick reduce the spread of the virus, Parkes said, but it does make sense to cease mandating them once most people have been vaccinated or infected.

“We do have to get back to this sense of normalcy,” she said.

It also made sense for the government to drop vaccine certificates once it was clear that vaccinated people could still transmit COVID-19, she said.

But Parkes said the removal of government measures to control the spread of viruses such as COVID creates an imperative that society follow public health guidelines.

She pointed to parts of Asia that previously dealt with SARS (severe acute respiratory syndrome) and the avian flu where it is part of a culture of respect to wear masks when respiratory viruses are spreading, stay home when sick, and make an effort to avoid spreading illnesses.

Canadians need to keep pushing for paid time off for employees so they can afford to stay home when ill, she added.

Vierlyn Lunn has conflicted feelings around government COVID-19 policy, she said, noting she too understands the longing for a semblance of pre-pandemic normalcy.

But Lunn is critical of those who say they should not be expected to make sacrifices for vulnerable members of the population.

“I fully agree that you should live your lives,” she said.

“But if you are honestly and knowingly putting somebody else at risk for your own selfishness. I think that person needs to really self-check themselves.”

When Dr. Kieran Moore, the province’s chief medical officer of health, announced in March that mask mandates would be lifted, he said while it didn’t mean the pandemic was over, it was time to move forward.

“We are now learning to live with and manage COVID-19 for the long term,” Moore said in early March. “This necessitates a shift to a more balanced response to the pandemic.”

Moore also cautioned at the time that masking requirements may eventually need to be reinstated if there is another spike in COVID-19 cases, and added that vulnerable people should continue to take precautions despite the easing of restrictions.

But Parkes, the infectious diseases specialist, said she doesn’t expect governments to reinstate mandatory masking given the outcry against public health mandates, still, she urged people to wear them voluntarily during peak seasons, such as fall and winter.  She also urged people to stay at home when sick, and advocate for improved healthcare.

“There are people that are very fragile, very vulnerable, that are living amongst us,” she said. “We should care about them as much as we care about members of our family and about ourselves.”