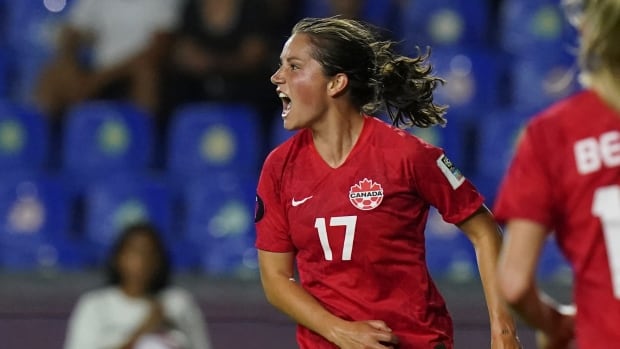 24-year-old midfielder Jessie Fleming, from London, Ont., shared the women’s national team lead with five goals in 2022 and led the squad with 17 appearances and 1,420 minutes played.

Jessie Fleming has been named Canada Soccer’s player of the year for the second year in a row.

The 24-year-old midfielder from London, Ont., shared the women’s national team lead with five goals in 2022 and led the squad with 17 appearances and 1,420 minutes played.

She was named to the tournament Best XI at the CONCACAF W Championship, where she helped Canada win a silver medal. She tied with teammate Julia Grosso for the tournament scoring lead with three goals, including the winner in a semifinal win over Jamaica.

She also helped Canada qualify for the 2023 Women’s World Cup in Australia and New Zealand.

Fleming made her first-ever start as Canada’s captain in a February match against England. She later earned her 100th cap while serving as captain in a 0-0 draw against South Korea in a June 26 friendly in Toronto.