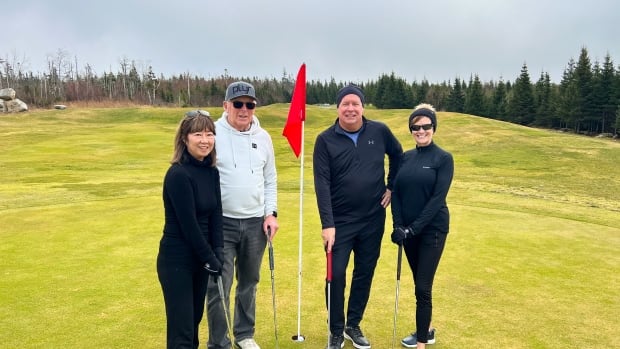 ‘It’s quite remarkable’: Halifax is about to set a record for lack of snow


Halifax hasn’t seen any snowbanks or snowplows so far this winter, and the lack of lasting flakes is about to break a record.

Saturday will break the record for the latest date into winter without having at least two centimetres of snow on the ground at the Halifax Stanfield International Airport, according to Jim Abraham, president of the Canadian Meteorological Oceanographic Society.

While the rest of the country is getting walloped by snow and ice, Nova Scotia is an outlier.

“We haven’t had any significant snow in Halifax, in fact less than two centimetres for the whole month,” Abraham said in an interview Friday. “It’s quite remarkable since the normal December snowfall for Halifax is around 45 centimetres.”

Abraham said the record was set in 2012 when the province “had another remarkably mild and snow-free year,” and snow didn’t come until Dec. 30.

This year, since no snow is expected before Saturday, it will be the first time the area has made it through December without getting two centimetres of snow on the ground.

Abraham said since the airport is inland, on average it gets more snow than the downtown area of the city. It has only recorded 1.4 centimetres this month, which means even less accumulation closer to Halifax harbour.

No snow is good news for golf courses in the Halifax area.

Doug MacLeod, acting manager at Indian Lake Golf Course, said the course will stay open as long as it’s not covered in snow or soaked by rain.

He said many golfers are hardy. He said the course is completely booked Dec. 30 and 31.

“Everybody’s thrilled,” he said. “There’s a lot of sports teams attire out on the course and you can hear lots of cheers going on from around the course at the moment.”

MacLeod said while it’s “absolutely fantastic” for business to have winter golf, it’s quite unexpected.

He said it is unusual to have temperatures this warm this late in December. “It is definitely unseasonal for this time of year here in Nova Scotia.”

MacLeod said in the last few years he has noticed a shift in weather patterns, with snow arriving later. He said he expects more snow in January that will cause the course to move to indoor simulators only.

Snowy winter could still be in the cards

Abraham said this observation is backed up by science, and no snow early in the season doesn’t necessarily mean a mild winter.

He pointed to past winters like 2015 where snow, ice, and freezing rain plagued the province into April, and said things can change quickly.

“The fact that we’ve not had much snow in December, and looks like we’re starting January … quite mild, doesn’t really have any indication what it will be like toward the latter half of the winter in February and March,” he said.

Abraham said changing weather patterns are consistent with a changing climate, and having no ice on the waters surrounding Atlantic Canada could actually cause more snow.

This means the intense winter weather that has been hitting the rest of Canada could hit us later.

“When the cold air gets here, because, let’s face it, it will get here, we’ll get our period of colder than normal temperatures,” he said. “We’re going to have lots of open water … and that’s going to be a really good moisture supply for the cold air and the storms.

“And so it is possible that the fact that we started out above normal, it could contribute to snowier than normal weather.”

The moments and discoveries that provided us with wonder in 2022