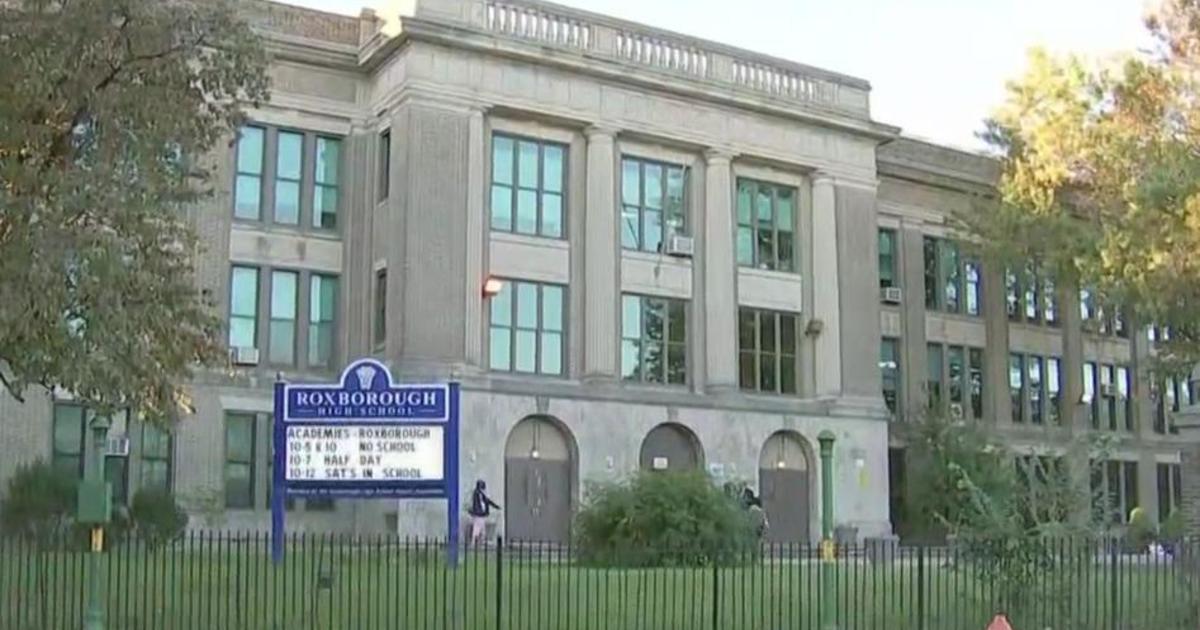 
PHILADELPHIA (CBS) — On Wednesday, hundreds of students returned to class at Roxborough High School for the first time after five football players were shot outside of the school Tuesday. Many of them are left devastated after gunmen ambushed several football players — one of whom was killed.

They were greeted by a heavy police presence. Students described the mood as somber.

As everyone returned to class, grief counselors were made available to both staff and students. The district says it activated its emergency crisis response team and it will be back again on Thursday.

Many students said they’re shaken up by this gun violence hitting so close to home.  They are trying to cope with the ongoing gun violence.

“My friend, that was his friend that died yesterday. So it’s like really taking a toll on a lot of people,” Roxborough High School student Jeremiah Pritchett said.

Police say this shooting happened shortly before 4:45 p.m. on Tuesday on the 300 block of Fairway Terrace.

According to investigators, football players from Roxborough High, Northeast High and Boys’ Latin Charter School were walking off the field after their scrimmage when they were suddenly ambushed.

A 14-year-old boy was shot once in his left side and he later died at the hospital. Police identified him as Nicholas Elizalde of Havertown, Pennsylvania. He went to nearby Saul High School but played for the Roxborough football team because Saul doesn’t have one.

The fifth victim was treated at the scene for a graze wound.

As students arrived at school Wednesday morning, they said the gun violence is scary, but they won’t let it stop them from getting an education.

A spokesperson from the union representing the teachers at Roxborough High said they acknowledged it’s scary going to school the day after the shooting.

“I think when you’re a teacher in Philadelphia, you’re used to dealing with difficult situations, obviously not as difficult as this, so our teachers are always willing to stand up and put their needs to put the back burner and do what they need for their kids,” LeShawna Coleman, a PFT Staff representative, said. ” I told several teachers today if you need help, there’s support for you in a certain classroom, please go. And they’re like, ‘I can’t leave my students. I can’t leave them. They need me right now.'”

No arrests have been made.

Ross DiMattei comes to Philadelphia from KTNV-TV in Las Vegas, where he anchored and reported for more than two years. He is most proud of his interview with then-presidential candidate Joe Biden, extensive reporting on Las Vegas’ economic recovery from COVID-19, and breaking news coverage of George Floyd protests in Las Vegas, for which he won a regional Emmy Award.