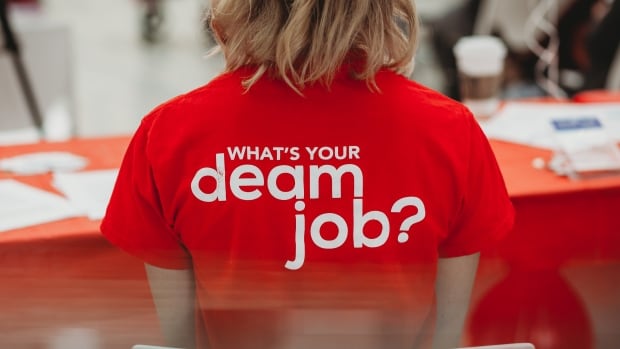 
Agata Gawron doesn’t know if she should disclose her disability while looking and applying for work.

The 42-year-old has been struggling with mental illness since she was a teenager.

Recently she lost her job, and the Regina resident says she believes that’s related to her hidden disability and her “poor mental health.”

“The obstacles that I face the most often is being ashamed of my disability,” Gawron told Blue Sky host Garth Materie on Tuesday.

“If somebody were to look at me on the street, maybe it’s not as evident that I have a disability…. You can’t really find the right situation to approach your manager or employer and tell them that you’re suffering with this and that you need to take care of yourself.”

Gawron is worried she might not get hired if she reveals her disability during the application process, yet she is aware of the challenges a non-disclosure could create later on.

Nikki Langdon, the Neil Squire Society’s regional manager for Saskatchewan is very familiar with this catch-22.

Her organization offers employment programs and technology to help people living with disabilities.

“If you don’t disclose prior to an event or something going wrong in the job, the employer does not have to accommodate you,” said Langdon.

“It’s best to find an agency that will help you to understand your rights, how to disclose your disability and how to ask for the accommodation you need.”

October is Disability Employment Awareness Month. Many organizations work year round to open doors to employment for people of all abilities. We hear from them and listeners.

In 2017 only 59 per cent of working-age Canadians who identified as having a disability were employed, compared with 80 per cent of people aged 25 to 64 years without disabilities, according to Statistics Canada.

Disability Employment Awareness Month in Canada was established to increase awareness about the benefits of hiring people with disabilities, the Government of Canada says online.

However, people with disabilities continue to face different challenges when it comes to getting a job.

“It’s such a wide spectrum,” said Langdon. “Usually stigma is the biggest barrier.”

Not every person with the same diagnosis might need the same kind of support, she said.

However, none of her clients want any special treatment. They just want to do jobs they are interested in and have the skill set for, said Langdon.

“There’s a whole untapped, very skilled workforce waiting there for you,” she said.

“I have a disability. I’m a hard worker. I manage this region. You don’t want to miss out on a great employee just because of a label.”

Accommodation can benefit people with disabilities

Regina’s Carla Harris agrees with Langdon and says companies are missing out on a lot of opportunities if they hesitate to hire people with disabilities.

“The things that I needed as accessibility accommodations were actually beneficial for other workers as well,” said Harris.

“It doesn’t help when a company has a really big parking lot for someone like me who can’t drive. And I advocate that businesses who offer parking to their employees also let the employee choose if they would rather have a free monthly bus pass.”

Other people benefiting from such an approach could also include residents who prefer using transit for environmental reasons or people who are struggling to afford owning and refueling a vehicle, said Harris.

Often the group benefiting from certain tools or support systems, designed to assist people with disabilities, is much broader than the intended community, Harris said.

For example programs offering captioning can also be helpful for employees with English as a second language, she said.

This becomes especially important with an aging Canadian population, she said, and almost one quarter of the country’s population aged 15 years and older reporting one or more disabilities in 2017, according to Statistics Canada.

“The best way to make sure that your company is being inclusive and it’s successfully going to be a place where everyone could buy their stuff and feels welcome, is hiring people who have disabilities,” said Harris.

“Let’s get rid of the expectation that accommodations are only for a person in a wheelchair.”

Gawron has always been worried about maintaining employment, she told CBC on Wednesday. Her job has been her identity, giving her a purpose to wake up in the morning.

But living with anorexia and bulimia have negatively impacted her ability to focus at times, said Gawron.

More than two million Canadians aged 15 and older have been living with a mental-health related disability, according to Statistics Canada data from 2017.

As Gawron is now scanning the job market for fitting opportunities, she hopes to get a fair chance during the hiring process and beyond. She wants companies to do more than just post promises of inclusivity on their websites.

“Practice what you preach, don’t just have it because it looks good,” said Gawron.

“There’s nothing more degrading and nothing more hurtful to somebody like me than being under the impression that you are inclusive and you’re really not.”

What to do if your child has a respiratory infection? Our medical analyst explains

23 cars were broken into in one night in the Outer Banks. Police say all the cars were likely unlocked