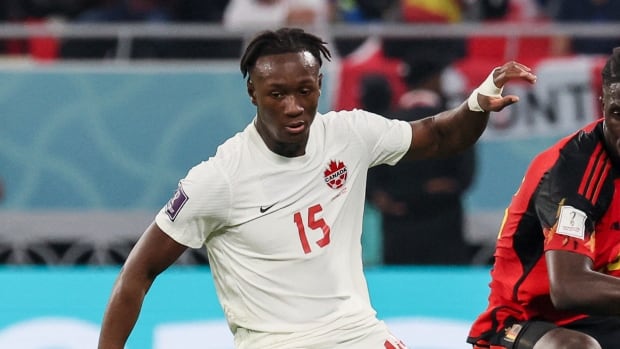 
Midfielders Ismael Kone and Simi Awujo have been named Canada Soccer Young Players of the Year.

The two were honoured for their performances in Canada Soccer’s national teams program, with both making their international ‘A’ debuts in 2022. Kone featured in all three matches at the men’s FIFA World Cup in Qatar while Awujo made her senior debut after representing Canada at the FIFA U-20 Women’s World Cup in Costa Rica.

At 20, Kone was the youngest member of John Herdman’s World Cup team in Qatar. In all, he appeared in eight games in 2022 as the Canadian men finished atop the CONCACAF final round of World Cup qualifying. Kone scored his first international goal in November, adding four goals and five assists in 32 appearances in his rookie season with CF Montreal.

Earlier this month, Kone made the move from Major League Soccer to Watford in England’s second-tier Championship.

The 19-year-old Awujo made her first three international ‘A’ appearances for Canada in September and October against Australia, Argentina and Morocco. She also made 10 youth international appearances for Canada, won a CONCACAF youth medal in March when Canada qualified for the FIFA U-20 Women’s World Cup, and was named Canada’s Player of the Match twice at Costa Rica 2022.