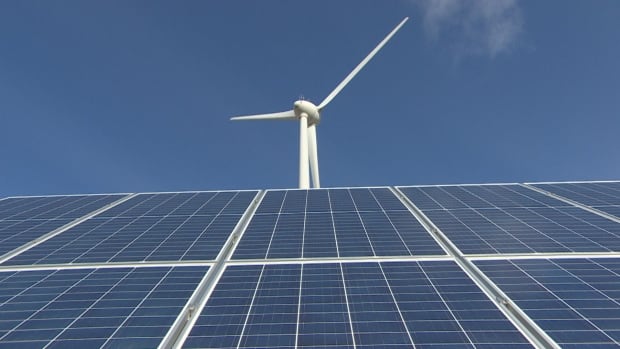 
A majority of Canadians favour more investment in renewable energy such as wind, solar and hydrogen over oil and gas, with divisions evident based on political affiliations, location and age, according to a new poll.

The online survey conducted by the Angus Reid Institute found that 54 per cent of Canadians surveyed say investing in renewables should be the priority in Canada. Only 12 per cent said oil and gas investment should be the focus, while 34 per cent favoured investing in both equally.

“You do see a majority of Canadians really talking about wanting to trend in a direction of alternative energy sources,” said Shachi Kurl, president of the Angus Reid Institute.

“So wind, solar, hydrogen technology, but in many cases that tilt doesn’t totally exclude an awareness of and a desire to also continue investing — at least to some extent — in the exploration of and production of oil, gas and non-renewables.”

The vast majority of respondents across the country wanted to see more investment in solar (84 per cent) and wind (77 per cent) specifically, but regional differences were significant.

Beyond insight into the investment concerns of respondents, the poll also examined priority concerns when it came to the country’s energy policy.

Across Canada, 31 per cent of respondents said energy independence should be a top priority, followed by 27 per cent who stressed protecting the environment and 21 per cent who picked renewable energy.

Economic growth was cited by only 11 per cent of those polled as a top concern, tied with stability of supply.

Regional and political differences were stark in the findings.

Fifty-three per cent of respondents in Ontario support investing only in renewables, while 34 per cent favour both renewables and oil and gas equally, and 13 per cent want the focus to be only on oil and gas.

Quebec has the highest support for investment only in renewables at 67 per cent.

Those regional differences also played out when it comes to priorities, with more respondents in the Prairie provinces citing energy independence as a top concern, while the rest of Canada all chose renewable energy as the top issue.

“This is the discussion and this is the tension or the push and pull between where the country is saying it wants to go and the extent to which some parts of the country may be a little bit more alive to the fact that, well, we can’t get there yet — or if we get there, there are going to be some trade-offs,” Kurl said.

The views of those who vote for the Conservative Party of Canada were found to be out of step with supporters of other parties.

Only 18 per cent of respondents who vote for the party said they would prioritize investing in renewables, with 53 per cent favouring equal investment in both oil and gas and renewables.

For the Liberals, 71 per cent of supporters surveyed said they favour investment in renewables. That number was higher for the New Democratic Party (78 per cent) and the Green Party (86 per cent).

Conservative voters also overwhelmingly prioritized energy independence, while the other parties’ supporters were  heavily concerned about renewable energy and protecting the environment.

When it came to the age of respondents, the breakdown was fairly clear, with older Canadian respondents more in favour of oil and gas — or a mix of investments — versus a greater focus on renewables for those under 55.

The survey was conducted between June 2 and 7, weeks before a heat dome settled over Western Canada and shattered record temperatures across provinces. The heat wave also stressed energy infrastructure as power grids worked to keep up with demand.

The survey was conducted using a randomized sample of 4,948 Canadians who are members of the Angus Reid Forum.

Online surveys do not have a margin of error that can be accurately calculated. For comparison purposes only, a probability sample of this size would carry a margin of error of plus or minus two percentage points, 19 times out of 20.

Antigonish, N.S., wants to become Canada’s first net-zero emissions community. It already gets 84 per cent of its energy from renewable sources including wind and solar, which it plans on expanding. 1:58

12-Year-Old David Taylor Is Released From Hospital, As He And His Dad Confront Tremendous Loss Following Car Crash That Killed His Mom, Brother