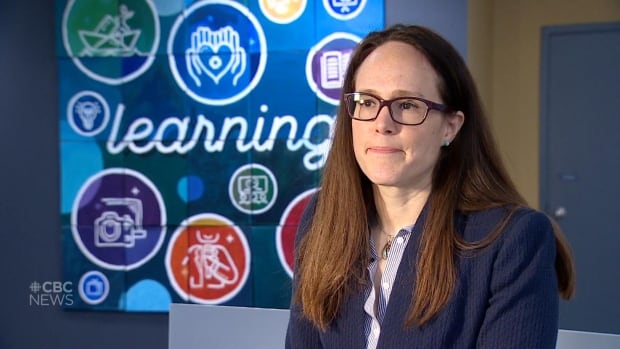 
Warning: This story contains the image in question.

A Niagara-area school is auditing the materials of a teacher who’s facing undisclosed “disciplinary action” after a student was sent home with a worksheet depicting two cartoon characters in stereotypical Indigenous clothing, including feathered headbands.

Tracee Smith, who lives in Niagara-on-the-Lake, Ont., was shocked when her four-year-old son Ekkian Christmas came home from junior kindergarten with the worksheet entitled “Two little Indians are eating ice cream.” It asked students to “colour the scoops that have an ‘I’ or ‘i’ on it.”

“I couldn’t believe that I was reading it. I went from being shocked, to upset, to really disappointed, all very quickly,” said Smith, a member of the Missanabie Cree First Nation in northern Ontario.

She said other children in the class also were given the worksheet.

Smith’s son started at St. Davids Public School three weeks ago. She said he was unaware, because of his age, that the worksheet was offensive, but his older sister, who is in Grade 1, understood it was.

“We still have teachers using this material and not realizing how hurtful it can be,” Smith said.

“You’ll hear the term ‘Indian’ used in very racist, hurtful ways from mostly non-Indigenous people, from the past.”

St. Davids Public School principal Carl Glauser sent an email to parents after Smith made the school and the District School Board of Niagara (DSBN) aware of the worksheet.

“We are sincerely sorry to the students, families and entire school community that this offensive material was distributed,” Glauser said in the email.

‘You would think we would have gotten past this’

Smith said the worksheet hit close to home, not just because she and her husband are Indigenous, but because Smith also works in Indigenous education.

“I work with curriculum, and teachers and principals all the time,” Smith said.

“Twenty-five kids that I know of got that worksheet. You would just think that we would have gotten past this already.”

She said the worksheet that was handed out in class “shows how much more work we have to do.”

In the email sent home to parents, Glauser agreed with Groat.

“We know there is still much more work to be done as we keep with our journey towards truth and reconciliation,” Glauser said.

Kim Sweeney, the senior manager of communications and public relations for DSBN, said the incident is under investigation.

“The principal started by doing an audit of all the materials for that particular grade,” Sweeney said, adding the audit would go over handouts, materials used in class and materials hanging on the walls in the classroom.

She said the school board believes no one else has used the worksheet, outside of Ekkian’s teacher.

Sweeney confirmed the four-year-old’s teacher is white, has been at St. Davids for four years, and teaching since 2017.

When asked how the worksheet entered the curriculum, Sweeney said the teacher introduced it and the sheet is not part of the overall curriculum.

“Educators as professionals can make choices about what they use in the classroom, and this item was one of those choices. It was the absolute wrong choice,” Sweeney said.

“We are making sure this item is destroyed.”

Groat said Ekkian’s teacher distributing the worksheet is disappointing, because it shows that the work Groat’s team has done to inform educators about Indigenous people and culture isn’t reaching everyone.

“What is it that we need to do to make sure that everyone is getting the professional development, and having it hit home for everyone?” she asked.

Sweeney said “disciplinary action is being taken with the teacher,” but as the audit is ongoing, she could not give CBC News details on what the reprimand was or what it may be once the audit is complete.

As of this week, the teacher is still leading Ekkian’s classroom.

An opportunity to learn

Smith said that while she is disappointed about the worksheet, she isn’t angry.

“If anything, I hope it’s a learning opportunity,” she said.

“Those terms have changed, and the word ‘Indian’ [in reference to an Indigenous person] is a very hurtful word.”

Referring to the illustration, she said, “We have to start getting those visuals out of the system, so that people can understand who we are today.”

Groat, whose works to integrate understanding of current Indigenous people into DSBN’s schools, said: “I do think that this is an opportunity to educate, and do some work with teachers and staff.”

Chicago crime: Corey Simon has car stolen twice in 3 hours: ‘Luck is on my side’