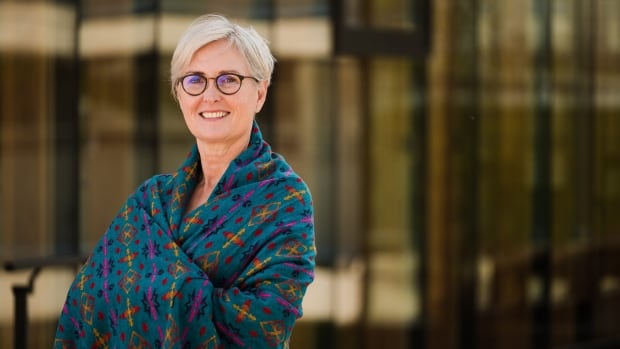 
Miranda Jimmy says there was an air of quiet alarm at UBC’s Indian Residential School History and Dialogue Centre (IRSHDC) during a workshop she was attending a couple of weeks ago.

The topic on the morning of Oct. 13 was how to collect oral testimony in a truthful way. But Jimmy said that in reality, everyone seemed to be avoiding a painful truth staring them all in the face.

“No one would make eye contact with each other. Everyone was just silent,” said the member of Saskatchewan’s Thunderchild First Nation. “Because everyone had seen the article but no one was talking about it.”

Less than 24 hours earlier, CBC had published an investigation raising questions about the Indigenous ancestry claims of the IRSHDC’s founding director Mary Ellen Turpel-Lafond. To date, Turpel-Lafond has still failed to provide any evidence that she is a Treaty Indian of Cree ancestry, as she has claimed for decades.

Several Indigenous critics say UBC has fumbled its response to the story.

While Turpel-Lafond remains employed at UBC’s Peter A. Allard School of Law , she retired from the role of IRSHDC director in June. Nonetheless, Jimmy said it was obvious that the news was hitting the IRSHDC hard.

“The staff were buzzing around like craziness, getting pulled out of meetings to go support media responses,” Jimmy said.

Jimmy said she tried to discuss the story in the workshop, arguing that in her view, it’s “ridiculous” to be talking about truth-telling in light of the findings of CBC’s investigation.

She said she was met with silence.

The following Monday morning Ngai Pindell, dean of the law school, sent an email to students warning that talking about the story could cause harm.

“While it is natural that you might wish to discuss the story with colleagues, classmates and friends, please be mindful of the potential that what you say may exacerbate a difficult situation for someone you are engaging with.”

“So that’s a nice way to say ‘Keep your mouth shut,'” concluded Jimmy. “Stick to what the [university’s] public statements are.”

Indigenous identity ‘not a criterion’

The day the story published, Oct. 12, UBC issued a statement to The Globe and Mail, praising Turpel-Lafond for her career achievements, her accomplishments as the IRSHDC’s director and her deep connection to Indigenous communities.

The university said it would not comment on whether Turpel-Lafond was actually Cree because “Indigenous identity was not a criterion for the position [of IRSHDC director].”

Jean Teillet, a Métis lawyer and expert in Indigenous rights law, said she doubts that statement, calling it “not plausible.”

“I think that the chances of them hiring a non-Indigenous person in that role are zero,” said Teillet. “In this day and age? Zero.”

She said she can’t imagine that UBC would have appointed a non-Indigenous person to head up the newly created IRSHDC, which is focused on the history and consequences of Indian Residential Schools. She also pointed out that the university has publicly committed to hiring more Indigenous people.

“It’s kind of a duck and cover strategy which I would suggest is not the best,” she said. “I think whether they stated it as a criteria or not, it was. It was a tacit criteria and perhaps the most important criteria.”

Turpel-Lafond’s claims to Indigenous ancestry were important enough that they featured prominently in the April 26, 2018, news release announcing her appointment as director and tenured professor at UBC.

The second paragraph begins “Turpel-Lafond, or Aki-kwe, is Cree and Scottish with kinship ties in First Nations in both Saskatchewan and Manitoba.”

Turpel-Lafond recruited to the role

CBC asked the university to provide a copy of the advertisement for Turpel-Lafond’s position and the list of criteria established for the role.

UBC responded that there was no advertisement because it specifically targeted Turpel-Lafond for hire.

“In some cases, when a position is unique, universities will take a targeted approach to hiring, in which case advertisements are not used. This was the case for the position of Director of the IRSHDC,” the statement said.

UBC added that while Indigenous ancestry was not a condition of the role, the university did factor in Turpel-Lafond’s “deep connections with Indigenous peoples across Canada.”

“Candidates with relevant Indigenous experience and the ability to work closely with Indigenous groups were relevant factors,” UBC said.

Jean Teillet said UBC’s approach is both telling and typical of many universities across Canada when it comes to the hiring of Indigenous academics.

“Often there is no advertisement for the job. It’s not set out there as ‘We’re looking for an Indigenous professor,'” she said.

Instead, she said, recruiting is done by word of mouth.

“When the university turns around and says ‘Well it wasn’t one of the job criteria,’ the reality is there was no job criteria because there wasn’t anything set out in public,” said Teillet. “I don’t think that’s terribly honest.”

Echoes of an earlier scandal

One week after the story broke, a group calling itself the Indigenous Women’s Collective issued a public statement calling for public officials to give more thoughtful and measured responses to the report.

“We are deeply troubled that First Nations professionals, politicians and university leaders have been too swift to publicly defend an individual claming to hold Treaty Indian status and Indigeneity, when in fact there is no verifiable evidence to support that claim,” the statement said.

Crystal Fafard, an Indigenous lawyer from the Yellow Quill First Nation in Saskatchewan and spokesperson for the group, said the women, who come from many walks of life, were disappointed by UBC’s response.

“They should pause, think about it, and do some analysis before they speak,” said Fafard.

She said UBC should have learned that lesson by watching how the University of Saskatchewan dealt with a similar situation last year.

In October 2021, a CBC investigation cast doubt on the Indigenous ancestry claims of Carrie Bourassa, a high profile professor from the U of S. The university’s provost and vice-president academic issued a statement praising Bourassa’s scholarly work saying it “has greatly benefited the health of communities across Canada.”

“Professor Bourassa was not hired by the university because of her Indigenous status, and Indigenous ancestry was not a requirement of the role,” said the U of S.

Fafard said the similarity in responses between the U of S and UBC is stunning.

“You would have thought, given that situation, they would have learned something, like a best practice maybe, to deal with these situations,” said Fafard.

The U of S’s statement of support for Bourassa was met with outrage by Indigenous people from across the country. Within days, the University reversed its position and launched an investigation into Bourassa’s claims.

Fafard says it’s time for UBC to do the same thing. She said the institution can’t hide behind it’s claim that Turpel-Lafond’s role did not require Indigenous ancestry.

“I think that’s a cop out,” said Fafard. “You have to get involved because you hired her and she was holding a very important position for Indigenous people.”

Teillet was hired by the University of Saskatchewan to conduct the Carrie Bourassa investigation. Her final report has not yet been released, but she says from all of the research she has done, she’s concluded that universities are best served by facing the issues head-on.

“They can either get out in front of this or they can always be behind the 8-ball on it,” she said.