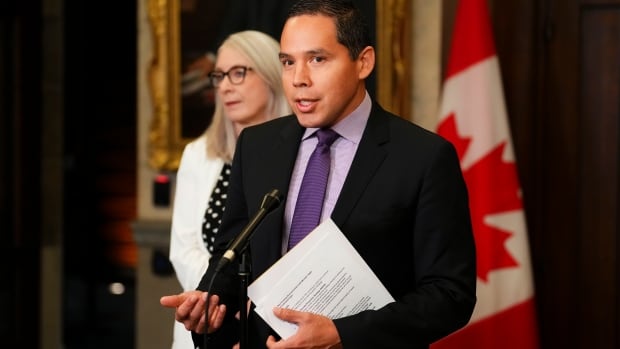 
The federal government is pouring $11 million into a national strategy aimed at preventing suicide among Inuit.

Natan Obed, ITK’s president, said during a press conference Thursday that the issue of suicide and suicidal ideation is an “ongoing challenge” in communities within Inuit Nunangat. The organization estimates suicide rates in Inuit Nunangat are five to 25 times higher than the rate in the rest of Canada.

“We know we need to do more, especially for young Inuit who are most at risk of suicide,” Obed said, adding his organization recognizes the need to ensure children grow up in safe, loving and healthy homes with supports to help them get through poverty, housing and other issues affecting them.

“Every last Inuk across this country has a connection with suicide. We all have lost family members and friends, important people in our community. So this money and this focus from the Government of Canada is very much appreciated, but also is something that is necessary,” he said.

She recalled times in her own life when, as a young woman in Toronto and later as a single mom, she needed to reach out for help and received support.

“Not everybody has that experience in communities across this country. Not everybody has access to supportive programs, or supportive people or approaches that truly are built to help people when they need it the most,” she said, adding Obed has been leading “difficult conversations” to understand why someone wants to take their life and how to support people through those dark times.

“This is incredibly, incredibly important work. I can’t think of anything more important, actually … and I really look forward to hearing about how the money will be spent to improve the lives of Inuit across this country.”

The $11 million will be used over the next two fiscal years. Obed said it could go to a number of different areas: in the past, the strategy has involved programs to create Inuit-specific mental health first aid, a partnership with Kids Help Phone, and projects to curtail child sexual abuse, reduce poverty and provide housing or food security.

It’s hard to say how much of an impact the strategy has had so far on suicide rates, given how hard those rates are to calculate, Obed said.

“I do not believe that there has been a sizeable decrease of death by suicide. It is only one indicator, and the overarching ideation is another indicator across our society — and ideation is also very tough to quantify,” he said.

“Evaluating suicide prevention measures beyond just the rates of suicide [is] very hard to do, but very meaningful, and we will continue to use these funds on the evaluation lens as well.”

If you or someone you know is struggling, here’s where to get help:

This guide from the Centre for Addiction and Mental Health outlines how to talk about suicide with someone you’re worried about.