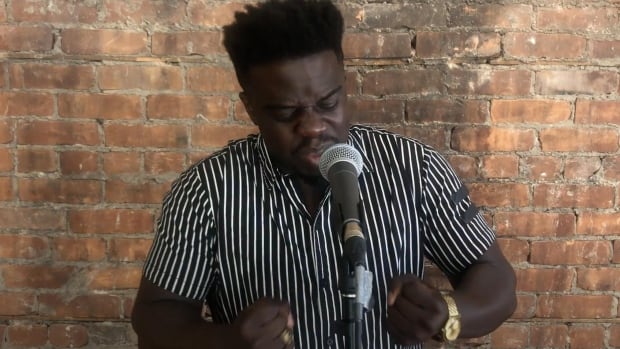 
When it comes to living on James Street North in Hamilton, Canadian Individual Slam Poetry champion Eddie Lartey says “even the ghosts can no longer afford to rest in peace.”

Those words were part of his live performance at CBC Hamilton’s studio during the Supercrawl festival on Saturday, Sept. 10. Watch the video above for his take on gentrification in Hamilton and on the street that played host to much of the celebrated arts festival.

Back in May, Lartey won the Canadian Individual Slam Poetry competition in Vancouver, beating out 16 other poets nationwide.

The competition is a hybrid, spoken-word poetry competition held in Vancouver, B.C. Lartey is also part of the Hamilton You Poets (HYP), a local organization that creates programming in Hamilton to engage with poets in the community.

Read the rest of CBC Hamilton’s coverage of Supercrawl here:

How to live without chronic back pain: A prevention plan