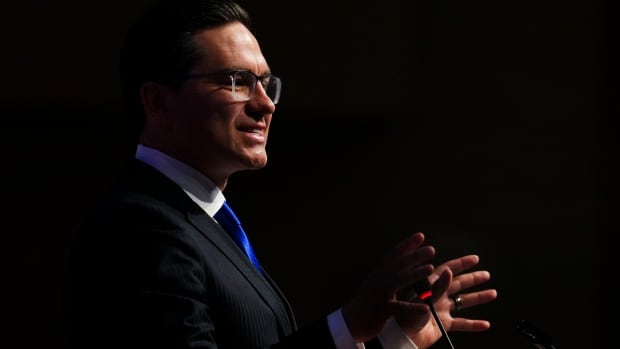 In Poilievre, Liberals face a leader who gets under his opponents’ skin


A few days before he stepped into a boxing ring with Senator Patrick Brazeau in 2012, Justin Trudeau rose in the House of Commons and asked the Conservative government about its support for young people.

James Moore, the heritage minister at the time, stood to respond.

“My colleague will have to wait for the budget tomorrow but I know that he is very anxious to please Canadians,” Moore teased.

“I think the best way for him to please Canadians would be on Saturday night, when he gets into the ring. If he keeps his hands nice and low and keeps his chin nice and high, he will be giving Canadians the greatest show we have been waiting for.”

There was applause on the government side of the House of Commons.

Those Conservatives no doubt were very eager to see Pierre Trudeau’s long-haired son get his comeuppance that week. They’re still waiting.

If Trudeau can drive Conservatives to distraction, he now faces an opposition leader who can arouse similarly intense feelings in Liberals. And if the Liberals hope to win a fourth straight election, they’ll have to at least avoid making the same mistakes Conservatives have made with Trudeau.

But the biggest looming question is whether Trudeau has one more big fight left in him.

When contempt leads to overconfidence

For more than seven years, Conservatives have alternately underestimated Trudeau’s political ability and overestimated their own ability to knock him down, taking wild swings that failed to connect. It would be easy for the Liberals to fall into the same trap as they face Poilievre.

While the Liberals languished in opposition from 2006 to 2015, Poilievre was the Conservative government’s precocious agitator — needling the opposition and mocking their accusations. At the height of the battle over the Fair Elections Act in 2014, Liberal MP Wayne Easter furiously compared debating Poilievre to playing chess with a pigeon.

However apt some Liberals find that comparison, Poilievre has shown himself to be a talented politician who gives a significant amount of thought to how he communicates and debates — decidedly more than the average pigeon.

“All of us in politics these days make the mistake of focusing too much on getting the right lines … Actually, what people want are the right facts. And they don’t need to be complicated, archaic facts. Rather, they need to be clear, simple, documented, irrefutable,” Poilievre told me in an interview in 2014.

“So much of the time in politics we try to come up with these clever turns of phrase, slogans or messages, but what the public really wants is just the simple facts. And whichever side has a better mastery of those facts, I think wins the debate in the long run.”

Poilievre is still very fond of slogans and hashtags, mind you. But he underpins those cute phrases with carefully selected facts and he tries to project substance.

Though leadership tests a politician in unforgiving ways, Poilievre has spent almost his entire adult life in the game — and he’s had fully formed ideas about how to do politics since he was 30. Part of his appeal to Conservatives is the idea that he will take the fight to Trudeau and win. At the very least, he is a more formidable political figure than either Scheer or O’Toole.

He is also coming along at a more opportune time. Inflation is high and interest rates are rising. The Liberal government has been in office for seven years and Trudeau has contested three federal elections as Liberal leader. All things being equal, one would expect the Conservatives to have a very good chance of winning the next election.

To give themselves a puncher’s chance, the Liberals will need to figure out how to usefully engage with Poilievre. They’ll also have to build a better argument for themselves.

Stephen Harper’s Conservatives may have been destined to lose in 2015 — they’d been in power for more than nine years and Harper had fought four elections — but they certainly didn’t make things any easier on themselves.

Harper’s own office stumbled into the Mike Duffy affair. The Conservatives pinned their entire agenda on balancing the federal budget. And unnecessarily provocative moves — like banning the niqab during the swearing of the citizenship oath — backfired spectacularly.

Trudeau’s Liberals have a 24-point confidence-and-supply agreement with the New Democrats that is supposed to run until June 2025. Actually completing all the items on that to-do list would be at least the start of an argument for another term.

But the Liberals have been at sea on inflation and the cost of living for several months now, with nothing new to offer in word or deed. They seem ready to do more now but Poilievre arguably beat them to the rhetorical punch. And Liberals should know how decisive such issues can be, having beaten the Conservatives in 2015 with a relentless focus on the “middle class.”

Does Trudeau have another fight in him?

There’s also the question of who should lead the Liberals into the next election — a question that will continue to be batted around by pundits and political panels, regardless of what Trudeau himself has decided.

Like boxers, political leaders accumulate wear and tear. Not a lot of them go out on a winning note. Sometimes the older heavyweight outboxes the up and comer (like Muhammad Ali beating George Foreman in 1974). Sometimes the new guy pummels the old champ (like Larry Holmes pounding Ali in 1980).

As we’ll hear ad nauseum between now and the next election, it’s been more than a century since a federal leader led their party to four consecutive election victories. The last to try and fail was Stephen Harper in 2015. But the question for Liberals is not simply whether Trudeau should lead them again. If not Trudeau, then who?

For now, the prime minister should feel a twinge of recognition when he looks across the aisle. It wasn’t that long ago that he was drawing the crowds, winning his party’s leadership on the first ballot and promising big change.

Now he just needs to figure out how he can avoid the fate that he dealt the last prime minister.