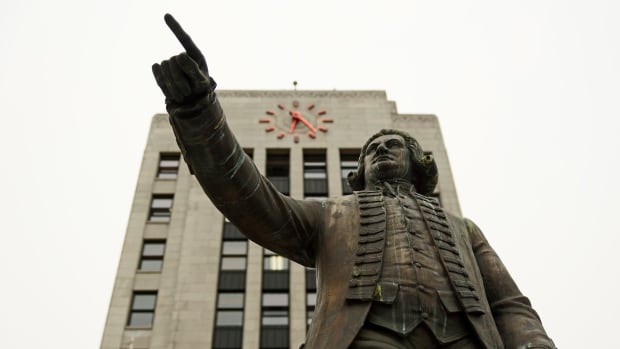 
Vancouver council has passed an Indigenous rights strategy that it says will make the city a national and world leader in implementing a plan toward reconciliation.

The strategy (which you can read here) seeks to integrate the United Nations Declaration on the Rights of Indigenous Peoples into the city’s municipal governance and makes 79 calls to action.

“It’s intended to be a first step,” said Squamish Nation Council Chairperson Khelsilem, who was on the joint committee created in 2021 with representatives from the Musqueam, Squamish and Tsleil-Waututh and City of Vancouver councils.

“Everyone has approached it with humility and kindness, and there’s an aspect that we’re talking about very big ideas and laws and recommendations and what they could achieve.”

The framework for reconciliation focuses on themes of cultural and economic well-being, ending Indigenous-specific racism and the right to self-government for the three nations on whose land the city is built.

It will now be up to city staff to determine what is needed to implement each call to action and report back to council with an action plan. Outgoing mayor Kennedy Stewart emphasized that some of those recommendations may prove controversial.

“It’s one thing to say you support reconciliation, but it’s another to champion it,” he said.

“Some of the recommendations here are around tax forgiveness, land return, joint governance. Those are big steps. And will they take those, or will it kind of sit fallow? There’s a lot in this that’s extremely challenging but could herald a true reconciliation.”

Looking forward and back

Short and long-term politics loomed over council’s vote Tuesday, as it was the last major decision on its plate before the Nov. 7 inauguration of mayor-elect Ken Sim and the new ABC majority on council, school board and park board.

“Vancouverites gave us a mandate, and this is part of that mandate,” said incumbent ABC councillor Lisa Dominato.

“We had a very strong commitment in our platform around reconciliation, and this strategy will help us further.”

Dominato and her fellow ABC incumbents (Sarah Kirby-Yung and Rebecca Bligh) supported all parts of the motion, as did Stewart and councillors Christine Boyle, Jean Swanson, Adriane Carr, Pete Fry and Michael Wiebe.

Coun. Colleen Hardwick, who finished third in her campaign for mayor earlier this month, ultimately voted for most parts of the staff report, but not without voicing strong misgivings.

“I struggle with the overarching lack of consultation with all involved,” she said, arguing “it will enrich some of the wealthiest landowners of Vancouver,”

“It recommends layers of special treatment without transparency … Explicit discrimination on the basis of races, which this reports demands, is always everywhere wrong, as we’ve been reminded by Nelson Mandela and Martin Luther King.”

It was an opinion not shared by anyone else around the council table.

“I know there is angst out there. People don’t fully understand,” said Dominato.

“But people are anxious when there’s change. This is the right thing to do.”

Rescue team and whale’s acrobatics help save it from entanglement in B.C.