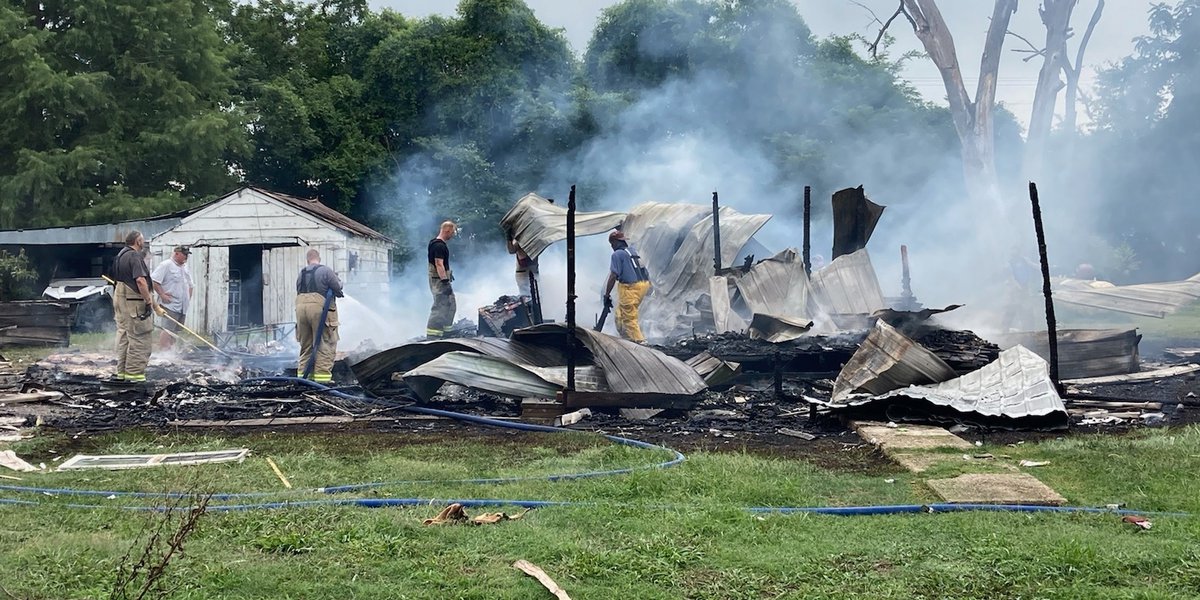 “I’ll never get over it.” 1 killed, several injured in house explosion in Wyatt, Mo.


WYATT, Mo. (KFVS) – Multiple first responders rushed to the 500 block of Pecan Street in Wyatt at about 7 a.m. to a report of a house explosion on Monday, August 15.

Mississippi County Coroner Terry Parker confirms at least one person was killed in the blast.

Parker said the victim passed away at a Cape Girardeau hospital.

Parker has identified the victim has been identified as 23-year-old Corey Coleman.

According to the Mississippi County Sheriff’s Office, 10 people were in the house during the explosion.

Nine of the individuals are in critical condition.

The age range of the victims is between six months and mid-twenties.

The deceased resident was in his twenties. An autopsy is scheduled for later Wednesday to determine the exact cause of death.

In a statement the Mississippi County Sheriff’s Office said the preliminary investigation shows the cause of the explosion was a gas leak.

They have not determined the source of the gas leak yet.

The State Fire Marshal is investigating the cause, but Hearnes said the explosion might have been caused by a faulty water heater.

The exact cause of the explosion is under investigation by the Missouri State Fire Marshal Service, Mississippi County Sheriff’s Office and the Gas Commission investigation unit.

Two men, Philip Swift and Tyler Larkins, sitting outside heard the blast and followed the sounds of screaming to see how they could help.

“The house was engulfed in flames,” said Philip Swift. “It was a bad, bad scene.”

Swift said Larkins went into the blazing home grabbed three small children and they both got the children and who is believed to be their mother across the street.

“By the time I turned back around and grabbed the other child, the roof had already fell in,” sad Larkins.

Both men said it was by the grace of God they were there to help.

Volunteer firefighter Gary Graham said this was the worst scene he’s responded to.

“I’ve been through a few tragic things in my life but this was by far the worst,” said Graham. “I’ve never seen what I’ve seen when I got on scene today, I’ve never seen nothing like that.”

Chief Hearnes said the house exploded around 7 a.m. and a second home caught on fire.

Bowles and her son were not hurt.

Drone 12 video, from the scene of a house explosion in Wyatt, Mo., shows scattered pieces of metal and a charred yard from where a home once stood.

Several residents of Wyatt have felt the effects of the explosion – all worried for the family involved.

A next door neighbor heard the blast and said she too says she will never forget what she saw when looked to see where the blast came from.

The explosion left visible damage to Virginia Bowles’ home. But it’s the human toll she said she won’t ever forget.

Her garage is attached to her house, causing damage to her roof and walls.

Virginia Bowles said, “And I jumped up, and my son hollered at me, get outside get outside.”

Bowles told us, she went back to grab her coffee and shoes, but her son told her she needed to get outside immediately.

Willis Harris is a neighbor too.

He said that a family member sold the exploding home a year ago, and losing it hurts.

He said, “I sat out here drinking my coffee on the couch and we heard an explosion at 7 o’clock and we thought it was a sonic boom.”

Both neighbors are sending good thoughts to the family effected in this deadly explosion.

First responders in Mississippi, New Madrid and Scott Counties, including Charleston firefighters, were called to the scene.

Mississippi County Sheriff Britton Ferrell is urging the public to stay away from the street until further notice.

Ferrell said the property should be considered a crime scene and the public should stay clear of it.

Ferrell said the Mississippi County Sheriff’s Office, Missouri State Fire Marshal and the Missouri Public Service Commission are working together on the investigation into what happened.