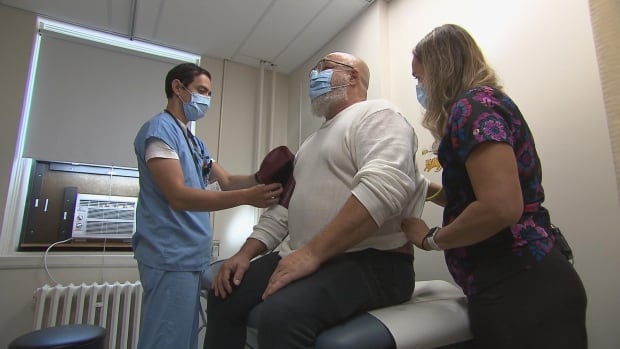 If every Quebecer can’t have a family doctor, what comes next?


Four years ago, the Coalition Avenir Québec promised everyone a family doctor.

To reach that goal, the government went on the offensive, becoming embroiled in an often-acrimonious debate with doctors aimed at forcing them to take on more patients.

Less than a week into the CAQ’s re-election campaign, the party ditched that 2018 election promise, admitting it’s unachievable.

“Finally!” said Dr. Ariane Murray, a family doctor and head of Montreal’s regional department of general medicine. “Not everyone needs a family doctor. They need access to care when they need it.”

It’s a sentiment the CAQ apparently shares. If re-elected, it has promised to launch a new digital platform to help patients make appointments with the appropriate health professional when they need care.

The idea that family doctors should be the gatekeepers of primary health care is outdated, Murray agrees. It is inefficient and bogs down the system, she said.

Unless a patient has a chronic medical condition that requires regular check-ups and tests, Murray said, most people would be better served by a physiotherapist, psychologist, nurse or even a pharmacist, depending on their needs.

But for this system to work, there has to be enough health-care professionals to meet the demand, and their services need to be covered by public health insurance.

“Many patients come to see us and we tell them, ‘You know, that should be addressed by a psychologist.’ And they say, ‘You know what? You’re free, and a psychologist is not. I don’t have insurance,'” said Murray, who works at Verdun Hospital’s family clinic.

According to official estimates, at least 834,000 Quebecers are now on a waiting list for a family doctor. That wait is particularly pronounced in the Montreal area, where a growing number of general practitioners are nearing retirement age.

To improve access to medical care, both Québec Solidaire and the Parti Québécois say they would invest more in CLSCs.

The Conservative Party of Quebec would increase the number of medical school admissions to Quebec universities and allow doctors to work in both the public and private system, while encouraging Quebecers to buy supplemental insurance for treatment in private clinics.

The Liberals have once again vowed every Quebecer will have a family doctor. Over the next five years, they would add 1,000 places in Quebec’s faculties of medicine. They say they would also better distribute doctors geographically.

In recent years, dozens of residency spots in family medicine have gone unfilled. Murray thinks medical students are influenced by the negative political discourse about family doctors, who have often been accused of not working hard enough.

It also hasn’t helped that both the CAQ, with Bill 11, and the Liberals before them, with Bill 20, passed legislation — against the wishes of doctors — compelling general practitioners to take on more patients.

Another issue discouraging family doctors is the hoops they need to jump through to join a practice in the region in which they want to work. The province determines where doctors are assigned to work through a permit system, known as a PREM — a regional physician resource plan.

Despite the shortfall of family doctors in some parts of the island, in recent years, the CAQ has reduced the number of permits in Montreal in order to create new positions in the burgeoning suburbs, including the Montérégie, Lanaudière and Laval. Montreal’s regional department of general medicine estimates there is a deficit of 372 full-time doctors.

Not only does the PREM system restrict where doctors can practise, but general practitioners are also required to take on extra activities, such as shifts in long-term care homes or in emergency rooms. These are moving targets that also affect a doctor’s work-life balance and the scope of their practice.

WATCH | Doctor, nurse lay out their hopes for the election:

A nurse and a doctor weigh in on Quebec election promises

Nurse Natalie Stake-Doucet and general practitioner Dr. Michel Minh Tri Tran say more resources and flexibility are needed to provide patients with the care they need in a timely manner.

He says that uncertainty has discouraged a lot of qualified, bilingual family doctors, who decide it’s easier to find a job outside the province than to fight to stay in Montreal.

“For me, it’s a failure of the system,” said Kovacina.

He doesn’t think the PREM system has to be scrapped completely but said he hopes the government will take steps to make it more flexible.

An increasing number of doctors have given up on the public system entirely. In the past five years, nearly 400 family doctors have opted out of the Régie de l’assurance maladie du Québec.

Alleviating some constraints of working in the public system could persuade some of them to come back, said Murray.

The same goes for doctors who trained in Quebec and did their residencies in the province, but left because of how hard it is to establish their practice in Quebec.

If a physician is not authorized to work in a given region, they are penalized by having their salary docked. For some doctors, working outside their preferred region isn’t an option — for example, if their spouse cannot find a job elsewhere.

If the conditions of obtaining a PREM were eased, Murray said, she thinks some of those doctors who left the province could also be wooed back.

One of the ways the CAQ wants to improve access to a family doctor is through a primary care portal, the Guichet d’accès à la première ligne (GAP). When a health issue crops up, patients are to call a number where a nurse is to direct them to a doctor or another health professional.

Kovacina thinks the idea has potential and is optimistic it will save family doctors time by eliminating unnecessary appointments. But there has to be continuity of care, he said. For example, if someone receives an abnormal test result, that person needs to be informed.

“If it’s not a doctor who is the first responsible person for a certain patient, who is it going to be, and how is this person going to be assigned?” said Kovacina.

The patient also has to know who the point of contact is.

One-off quick visits might work for younger, healthier patients who don’t require a follow-up, said Kovacina — but that won’t work for vulnerable or older populations with chronic problems who may have more complex complaints. Those patients have to be set up with the appropriate professional for follow-up care, he said.

Consistent, stable staffing is one of the biggest challenges faced by his family medicine group (GMF), said Kovacina. With a high turnover rate of nurses and administrative staff, it’s difficult to establish continuity when people are frequently being replaced.

Dr. Georges Zaarour prides himself on his clinic’s modern approach.

Zarrour is the medical director at District Medical, a GMF in Ahuntsic, which has a large clientele on the two extremes of the demographic spectrum — young families and aging seniors.

“We have the whole Bell Centre registered,” Zarrour jokes.

It’s impossible to manage such a large patient load by phone, so patients are encouraged to make their appointments online. The clinic also operates Facebook and Instagram pages to let patients know about its various services.

Zaarour’s clinic is located in a culturally diverse neighbourhood. Many of its patients are newcomers to the province, so the administrative staff are trained on how to help them use the health-care system.

There’s also a mentorship program for new physicians, to teach them how to fill out documents and share lab requisitions online, which can save a lot of time.

“We’re a bunch of new grads. Our average age is maybe 34, 35 here. We practise way differently than someone that’s been in practice for 20 years,” said Zaarour.

He’d like the province to give family doctors more leeway in deciding what works best for their clinic and clientele. Zaarour is open to meeting whatever standards the province sets, he said, but “stop preventing me from being creative, and give me flexibility.”

A good starting point would be to give the individual regional health boards — in his case, the CIUSSS du Nord-de-l’Île-de-Montréal — more autonomy over how their budget is set, said Zaarour.

For a clinic the size of District Medical, there should be eight nurses, but it only has one, whom the doctors in the GMF had to hire themselves. They were on the verge of hiring four more but have been unable to get the regional health board to pay for the first nurse’s salary.

“How do you want one nurse to cater to 24,000 patients?” said Zaarour. “It’s mission impossible.”

He’d also like to see the Health Ministry consult doctors widely, to learn about what is and isn’t working.

In Montreal, Zaarour suggests the province sit down with medical directors at 10 large, well-run GMFs to talk about best practices, ways of optimizing certain programs and how to tackle the labour shortage.

“If the rules and financing [are] a one-size-fits-all approach, it will always fail,” said Zaarour. “Let’s work on the financing of nurses. Why can’t we find nurses? Why can’t we keep our nurses?”

All three family doctors CBC spoke with hope that regardless of who wins the election, the outcome will be the start of an open conversation on how to best provide front-line services to Quebecers.

“This is how we’re going to make it more transparent,” said Kovacina.

Murray would like to see a more collaborative approach to care. She says family medicine isn’t about churning patients through a system as quickly as possible but taking the time to listen to patients and evaluate their true needs.

“Nobody is going to benefit from having a family doctor that has to be forced to do that job,” said Murray. “Patients are going to notice, and that’s bad for everyone.”

Chicago crime: Corey Simon has car stolen twice in 3 hours: ‘Luck is on my side’