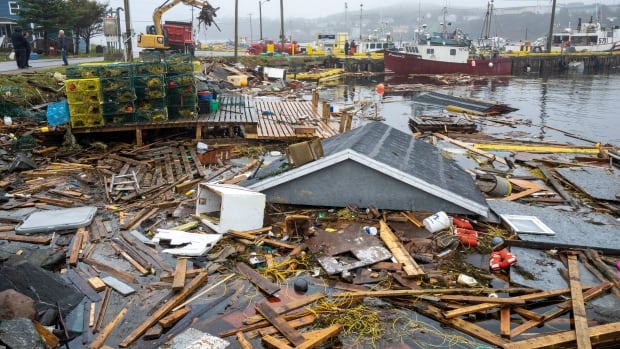 The Insurance Bureau of Canada says the storm was the most costly extreme weather event ever recorded in Atlantic Canada in terms of insured damages based on the estimate provided by CatIQ.

It added that many of those affected by the storm were located in high-risk flood areas and floodplains where residential flood insurance coverage is not available.

As a result, the bureau says the overwhelming majority of costs for the disaster will be borne by government.

The storm made landfall in Nova Scotia on Sept. 24 and ripped through the region, knocking out power to more than 500,000 customers in Atlantic Canada.

The bureau says the storm also washed at least 20 homes into the ocean.