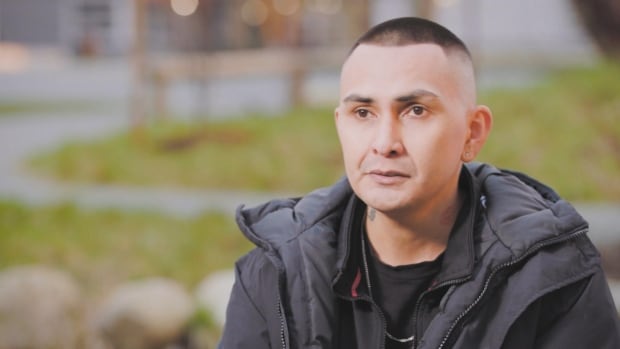 
When Sharif Bhamji, 37, completed the online portion of a Toronto Dominion Bank account application, he thought the process had gone smoothly.

That changed four days later on May 5, 2021, when he appeared in person at the TD branch near his Surrey residence to verify his identity. When he presented his Indian status card, he alleges the teller told him the ID was fake.

After he became agitated with the bank teller, they called police.

Now, Bhamji is filing a discrimination complaint against the bank with the Canadian Human Rights Commission.

Bhamji, who identifies as Muslim-Indigenous, says the teller asked if he was Sharif Mohammed Bhamji, to which he said yes.

“She just didn’t believe it and from that point on things went downhill,” Bhamji said.

Historically, under the Indian Act, Paula Bhamji would have lost her Indigenous status when she married a non-Indigenous man decades ago. Subsequently, Sharif wouldn’t have status either.

However, the implementation of Bill C-31 legislation in 1985 changed this, making it possible for Indigenous women and their children to retain their status.

According to Bhamji’s complaint, police said bank staff felt threatened and scared he would return to the branch.

The complaint also alleges police told Bhamji he wasn’t allowed back at the branch, and police said the bank teller did not believe the name on the card was his, so they refused to open the account.

In an email, Surrey RCMP media relations officer Vanessa Munn said she confirmed police responded to calls about threats being uttered at the bank on May 5, 2021, and that they followed up with a visit to the residence of the man who left the bank.

“No criminal charges were forwarded as a result of the investigation and the police file was concluded,” Munn said.

According to TD corporate public affairs manager Ryan Sang-Lee, bank officials are “troubled” by Bhamji’s experience and are offering him a public apology.

In an email, Sang-Lee said the bank will be conducting a full review of the incident, adding that TD recognizes systemic racism and the courage it takes to speak out.

“We will respectfully engage and cooperate with the Canadian Human Rights Commission process,” he said.

An Indian status card is a legal Canadian government ID that identifies someone as a status Indian as defined by the federal Indian Act.

They are used to access specific programs and services, and used with other legal identification when applying for a Canadian passport or to vote in B.C. They are also accepted by banks, including TD, as a form of ID.

“I’m Muslim … I have a Muslim name. I’m also Indigenous,” Bhamji said in a media release. “But I can’t be both while banking at TD.”

I’m Muslim … I’m also Indigenous. But I can’t be both while banking at TD.– Sharif Mohammed Bhamji

“It made me feel like I wasn’t able to be equal.”

According to the complaint, Bhamji and his mother filed separate complaints with TD, but the responses did not satisfy him.

“I didn’t feel their response was in any way empathetic, or that any action was going to be taken that I wanted,” he told CBC.

“So I decided to ignore them and continue with the legal pursuit.”

“TD had no reason to deny Sharif service, except that they didn’t think a status card with a Muslim name could be legitimate,” said elected Heiltsuk Nation Chief Marilyn Slett in a news release.

Bhamji’s complaint is the second to be filed in two years against a bank by a member of the Heiltsuk First Nation.

In December 2020, Maxwell Johnson and his 12-year-old granddaughter Tori-Anne were handcuffed by Vancouver police after staff at another bank looked at the pair’s Indian status cards, and called 911 to report an alleged fraud in progress.

Slett said banks still have a lot to learn.

“Banking while brown can be a dangerous activity for BIPOC customers, and TD must take steps to ensure this never happens again.”

Union of B.C. Indian Chiefs Grand Chief Stewart Phillips said the issue is institutional racism and has to stop.

“We stand with Sharif Mohammed Bhamji and his family during this difficult time and applaud them for taking this action,” he said in a media release.

“We cannot afford to stay silent in the face of such dangerous, hurtful and deeply traumatizing racist behaviour.”

Dancer injured in Waukesha parade walks on her own, continues to recover