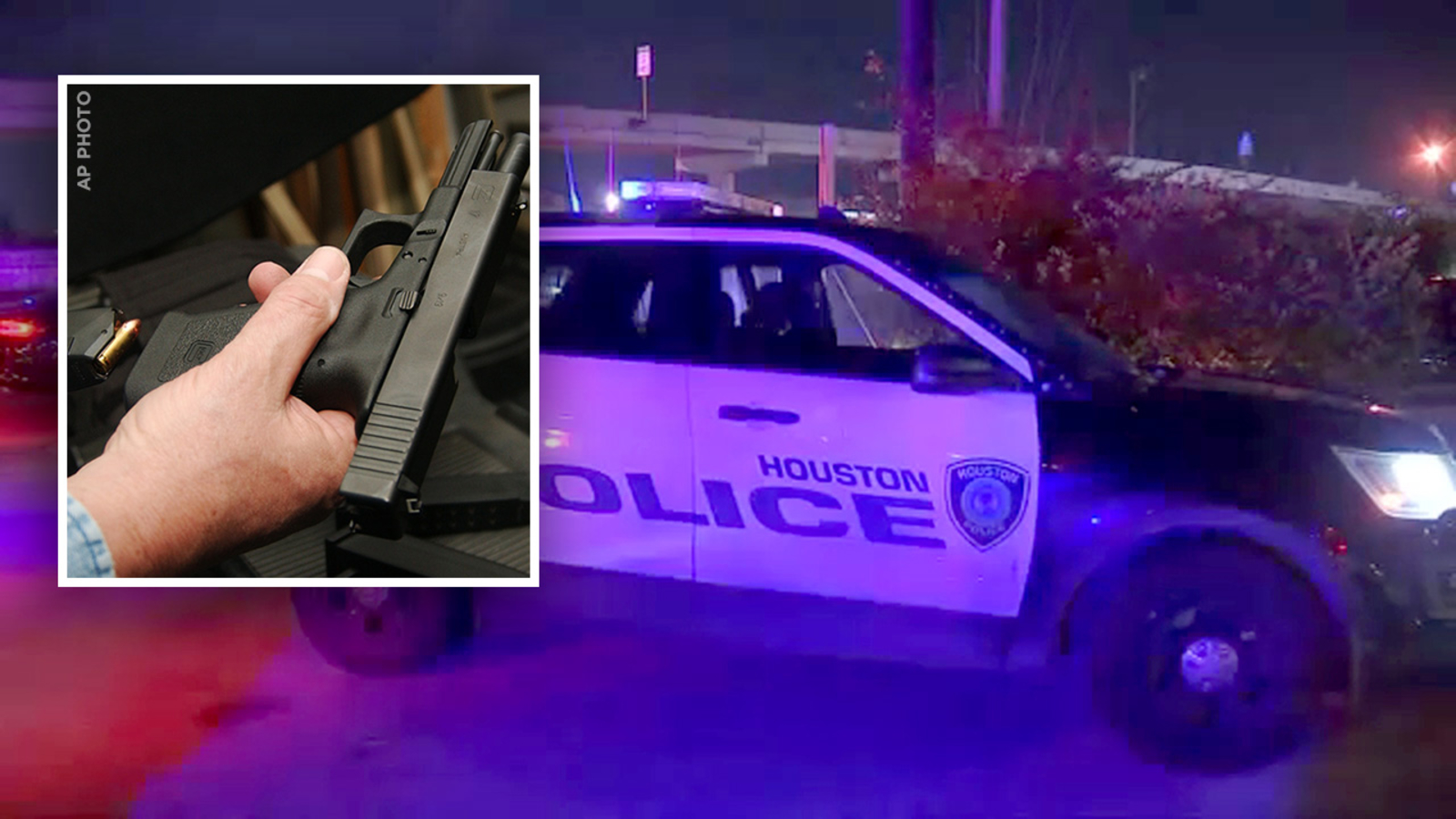 HPD rookies pay for own guns: Houston police officers with $42,000 starting salary could spend up to $2,000 in 1st year


HOUSTON, Texas (KTRK) — Houston police officers, who are tasked with keeping our city safe, are also forced to buy their own guns, ammunition, and handcuffs out of their own pockets.

It’s been this way for years, but it is something that not everyone may know and is unique when compared to police departments in other large cities. By the time officers are out of the academy, they are short thousands of dollars.

It’s not just any gun, but officers out of the academy have to buy a Glock 17 with Trijicon red dot sight, which will cost about $1,100, according to Griffith.

“Between the time they are hired and they get out of the academy, it’s over $2,000 easily,” Griffith said. “They need to have boots, certain weapons, ammo, a flashlight, specific clothing under the uniform.”

Officers out of the academy make $42,000, and after the first year, their salary increased to roughly $65,000, according to the union.

ABC13’s Brooke Taylor compared this to other large police departments in major cities and found Houston was the only one out of those where officers are forced to pay their own money.

The New York Police Department told ABC13 that it issues 9mm handguns out of the academy. Officers attend annual firearms re-qualification training where they are given ammunition.

Los Angeles Police Department says officers are also given guns and ammunition out of the academy. After that, if officers want another handgun or ammunition, they purchase it on their own.

Dallas Police Department says its primary duty weapons are Glock 17 and 19, which are supplied by the department along with 9mm duty ammunition. Dallas police also provide 50 rounds of practice ammunition to each member of the department.

Philadelphia Police Department told ABC13 each officer is supplied with a 9mm Glock 17 along with ammunition supplied by the department.

“I was surprised to hear that,” Griffith said.

13 INVESTIGATES: Houston police are ‘always on the go’ as more officers retire than join

Houston police officers are given $2,000 yearly for an equipment allowance. However, that does not kick in until a year after graduating from the academy. The union negotiated this in 1998 and has been the same ever since.

Because cadets are not represented by the union, they are unable to negotiate, Griffith said.

“We are unable to bargain for them, because it’s before they get off probation, and it makes it difficult to recruit and retain, because they know going in, they are given a list of what you are going to purchase when you are in the academy,” Griffith said.

According to Griffith, the reason that the fifth-largest police department in the nation doesn’t supply guns, along with all the other equipment, comes down to budget, which is how it has been for years with no pushback and at a time when the department is in need of officers.

“We are probably around 2,000 officers short right now,” Griffith said. “It has been a struggle, a real struggle. It’s nationwide.”

ABC13 reached out to the Houston Police Department to find out why it is this way. Executive Chief Matt Slinkard said one of the reasons has to do with the history of the agency. He was aware other police departments pay for their officers’ guns and other necessary equipment, but pointed to the equipment salary negotiated by the union years ago. While officers are forced to wait a year to make some of the money back, Slinkard said the initial years of starting a job is challenging while waiting for a salary increase, no matter what job field you are in.

ABC13 also reached out to the Harris County Sheriff’s Office, where deputies are also responsible for buying their own firearms and ammunition, similar to HPD.