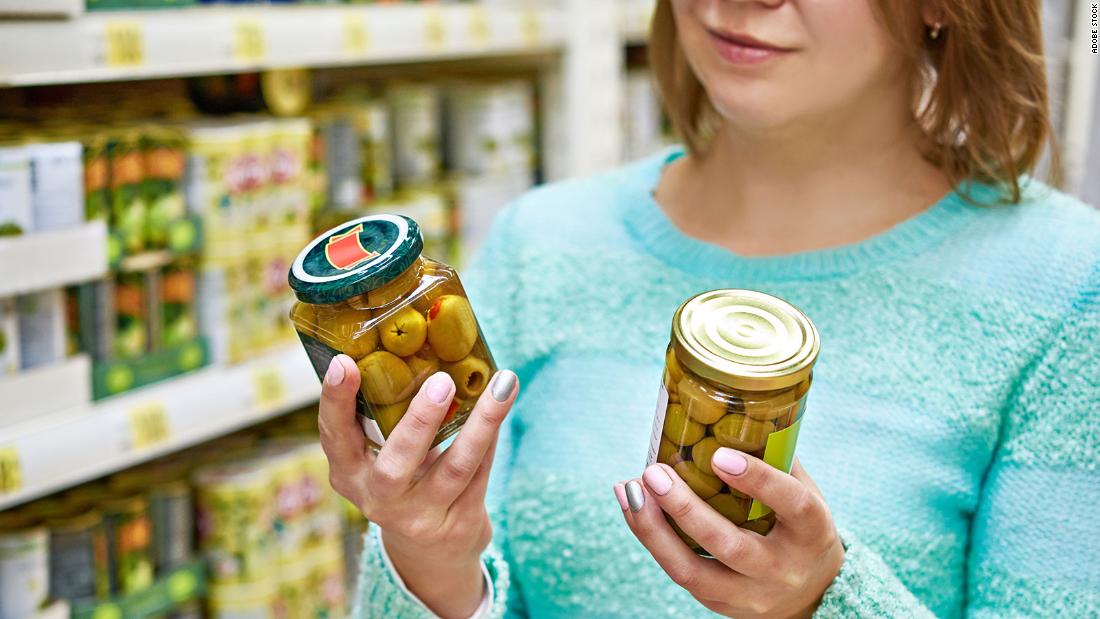 It’s not just our personal budgets that are affected by food waste, either — it contributes to the ongoing climate crisis as well. The yearly amount of water and energy wasted from uneaten food in America every year would be enough to power 50 million homes, and the amount of greenhouse gases produced from food waste was equivalent to the carbon dioxide emissions of 42 coal-fired power plants, according to a 2021 report from the U.S. Environmental Protection Agency.
At home, the core issue is that we buy too much food and then we throw so much out because of spoilage, perceived spoilage, the ingredients “do not match food preferences” or we can’t prepare them, according to a 2020 report from the National Academies of Sciences, Engineering and Medicine.

It’s true that there are far more factors that contribute to waste within the food system than just our consumer behavior. “It’s so much bigger than a consumer problem,” said Pamela Koch, associate professor of nutrition education at Teachers College, Columbia University.

But that doesn’t mean our personal efforts can’t still have an impact. “There’s so much that consumers can do,” said Roni Neff, associate professor of environmental health and engineering at Johns Hopkins University’s Bloomberg School of Public Health, and one of the co-authors of the National Academies report.

The process starts with “recognizing what we’re throwing out and what led to it,” Neff said. “If we understand our own patterns and what’s going on in our homes,” she continued, the next step is “figuring out how to set up [our] environment to make it as easy as possible to avoid food waste.”

Here are expert strategies for reducing food waste and saving a few bucks in the process.

The first step starts with brutal honesty at the grocery store.

“I’m a public health person, so I’ll say that one of the challenges is that we want to be healthier, and we are most visionary about that when we’re in the grocery store and see all that produce,” Neff said. However, it’s important to “be realistic about what we’re actually going to eat,” and recognize that wasted produce isn’t helping anyone’s health.

In addition, two-for-one deals on perishables and other bulk purchases are only good for our budget if we will consume all the food we’re buying. “Sales convince us to buy more than we need,” Neff said. “It’s not a savings if we’re going to toss it.”

Before you add that bulk package of chicken breasts or supersized container of blueberries to your grocery cart, ask yourself if you know what you’re going to do with it. That’s where a meal plan comes into play.

Meal planning can be a difficult hurdle for many families, but as with getting most habits to stick, you can start with a few meals a week and build from there. “A little bit of planning ultimately saves time and money,” said Koch. “It’s a small investment for a big return.”

Koch suggests that the main cook/meal prep person in each household start by “thinking about the week ahead and what’s going on for your family.” That’s how she plans, by noting how many dinners will be eaten at home, and how many obligations, such as sports and music practices and work trips, will affect meals.

There are a few factors that can help make meal planning easier.

Stock your home with “go-to ingredients,” as Koch calls them, that can be used in multiple dishes instead of shopping for an ingredient “just for one recipe that’s going to sit around because you don’t know what else to do with it.” If your family loves Tex-Mex food, ingredients like tortillas, onions, salsa, beans, and basic spices like cumin, oregano, garlic and chili powder can always be on hand to build a meal.

The “cook once, eat twice” mentality also helps ease the burden of meal planning. “I am the queen of leftovers because that helps to decrease food waste directly and is very time-saving,” Koch said. “I will sometimes cook two days in a row knowing that I’m going to have leftovers.”

Next, keep inventory of what you already have on hand. Having a running list of all the meal building blocks in the pantry, such as canned beans, pastas and grains, and foods in the freezer, such as vegetables, proteins and frozen portioned leftovers, will remind you of what’s available and ready to use. When you’re out of meal ideas, look to the list.

Finally, if your family has “fridge blindness” when it comes to leftovers and available food, try these strategies to see what works best for you.

It’s a common misconception that dates on food packaging are a hard-and-fast, government mandated expiration date. Neff explained that date labels such as “best by” and “sell by” don’t mean that the food in question is going to suddenly turn bad or make us sick as that date passes.

Except for infant formula, food product dating is not required by federal law, and these voluntary dates are meant as benchmarks for food quality, not safety, according to the U.S. Department of Agriculture.

“Because the standard is voluntary, it’s not consistent,” Neff said, and that’s why terms like “sell by,” “use by,” and “best if used by” can be confusing to the consumer.

“‘Best if used by’ means after that point, the quality may decline,” she explained. As long as the food in question is stored properly (i.e., following proper refrigeration recommendations) or sealed and unused, there’s no need to throw it out once the date on the package has been marked off the calendar.

Composting is not a get-out-of-jail free card

Composting is not an excuse to throw out excess food, experts caution. Compost is still a form of food waste in that it squanders already-invested resources like labor, water and fuel that were used to grow, process and transport the food.

But it’s also not a waste of time. “If you’re cooking at home, there’s still a lot of unused food scraps.” Koch said. “Composting is worth doing — it works on many levels.”

In 2018, 2.6 million tons of food waste was composted instead of going to a landfill, according to the United States Environmental Protection Agency. Many cities across the U.S. now have composting collection or drop-off programs available to households that don’t want to maintain their own compost bins.

“If you have food that’s good, you should find a way to eat it first,” Neff said.