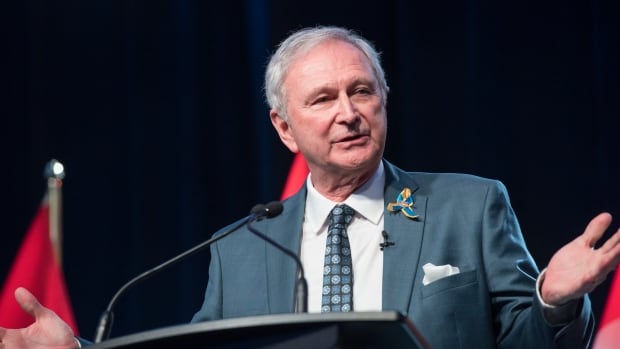 How to keep secrets from the public: Don’t write anything down


New Brunswick Premier Blaine Higgs stood alone at the podium on the afternoon of July 15, when he announced major changes to the province’s health-care leadership.

In the span of a few minutes, Higgs dropped three bombshells: he shuffled out the province’s health minister, fired the CEO of Horizon Health Network, and dismissed elected board members for both health authorities, replacing them with trustees.

It was a major shakeup, and it was clear the decision came from the premier himself.

“This isn’t intended to be permanent, but this is intended to get results,” Higgs said that day, referring to the two health authority boards. “And right now I need to see results, and I want to remove the barriers and the roadblocks for our health professionals to achieve them.”

But when CBC News filed a right to information request to the Office of the Premier, asking for records about the premier’s decision to make changes to health-care leadership, a search returned no records — nothing to help explain to the public how Higgs arrived at such a significant decision.

It’s one of several examples of instances where the Higgs government failed to document its work, something public servants in New Brunswick aren’t required to do by law.

The concept is called duty to document, and it’s something transparency advocates have been calling for in Canada for years.

Keeping records of a government’s decision-making is at the core of good democracy, according to Caroline Maynard, the federal information commissioner.

“If our government wants their citizens to have confidence in them, I think that they need to provide them with more and more information, so that they can see for themselves what decisions and actions are taken, and based on what kinds of facts and background information.”

When asked about the duty-to-document concept, Higgs said he doesn’t believe it’s realistic for him to write down details of all the discussions he has with people.

“If I go back to the office now and I meet with a deputy minister in a certain department, I mean, we could talk about everything … that would be just daily routine,” he said this week.

“But I’m not writing down every word they say or what they say.”

‘Verbal discussions,’ but no records

When asked about duty to document, a spokesperson for the New Brunswick government said public employees have to “create and manage information about their organization’s business and activities in accordance with the New Brunswick Archives Act and other applicable legislation.”

But New Brunswick hasn’t legislated a duty to document, nor was it a major issue during the last review of the province’s right to information and protection of privacy law.

In some areas, it leaves few avenues for the public to understand how decisions are made.

The letter was addressed to the Energy and Utilities Board, expressing support for Irving Oil’s application to receive an expedited hearing from the board into its request for higher petroleum margins.

Even though the letter had Holland’s name on it, internal government records showed the letter was written by a team of civil servants and sent to the premier, rather than Holland, to decide whether to send it.

But the few pages of records turned over by the government don’t explain how the issue came to the government’s attention in the first place.

CBC appealed to the New Brunswick ombud, the body that handles complaints about right to information requests in New Brunswick. The ombud’s staff found conversations happened within the government, but no one seemed to write anything down, according to a letter sent to CBC earlier this year.

“The department informed the investigator that verbal discussions did take place with regards to this matter but that these conversations were not documented or recorded,” the ombud’s letter says.

Because public bodies aren’t required to create records documenting their work, the ombud’s office found the government didn’t commit an offence by not documenting the discussions.

Last year, CBC asked for records related to the government’s decision to force out the province’s top Mountie, Larry Tremblay.

The Department of Justice and Public Safety initially refused to provide any records to CBC, arguing disclosure could “harm relations” between the province and the federal government, and released several pages only after CBC appealed to the ombud.

But the records don’t explain how the government reached the conclusion that it no longer had confidence in the New Brunswick RCMP’s commanding officer.

Again, the ombud’s office found conversations happened and no one kept any records. A letter from the ombud’s office sent to CBC last month details how senior officials involved in the matter were asked to search their own records to find relevant documents.

“The department confirmed to this office that there were telephone conversations between senior management with the department and federal officials to discuss this matter during the timeframe specified in this request, but stated that it had no further records documenting these phone calls, such as emails requesting meetings, calendar invites, electronic meeting requests, and the like,” the ombud’s letter says.

When asked whether it’s intentional to not always write things down, Higgs said he wants people to “be able to talk openly and freely” about their ideas.

“So I think it’s fair to say there’s always that in the back of your mind when you’re having discussions, but it’s not an intended process. It’s like many things we do, by verbal discussion. Many things we do by just talking to one another in the department heads with different ministers and different people in the process.”

Advocates like Jason Woywada describe situations like this as “verbal government,” where governments don’t create records that may be subject to access to information requests in the future.

“The fact that a premier or any member of cabinet or government is saying they made a decision based on a phone call leads us to question, well, how do we know that’s the right decision?” Woywada said.

“Where is the written documentation that supports that? What is the information that was conveyed in that communication? That’s important.”

Woywada is the executive director of the Freedom of Information and Privacy Association in British Columbia, a province that introduced a duty-to-document law in 2017.

He’d like to see the onus within governments shift toward how to document decisions properly.

Working during a pandemic has exacerbated the problem, according to the federal information commissioner. Whether people are working from the office or home, Maynard said federal public servants should be finding a way to keep a record when decisions are made.

But she also thinks it’s a cultural problem, where public servants decide what they want the public to know.

“Ultimately, sadly, the best legislation that you can have will not solve this issue if people do not have a sense of duty that they have to make documents so that people can access them,” Maynard said.