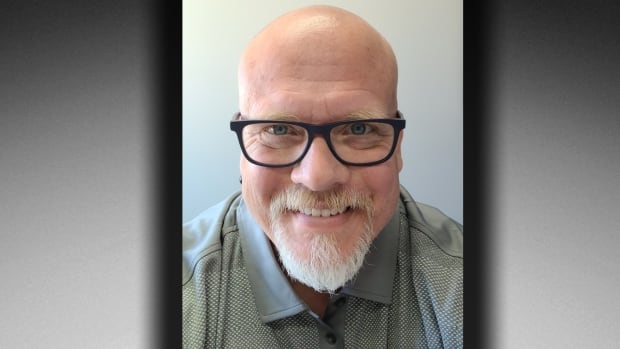 
Jason Lerato says he spent years as a self-proclaimed “anti-vaxxer,” and it wasn’t until recently that he had a change of perspective.

“For 20 years plus, you know I guess I could label myself … as a poster child or flag holder for all things anti-vaxx, maybe even as far as saying, ‘Don’t trust in the government’ either,” said Lerato. “That is definitely what I breathed and lived.”

Lerato, 47, is a dispatcher for a trucking company and a married father of two who lives in Winnipeg. He got his second COVID-19 vaccine shot a few weeks ago thanks to a single calm conversation with health-care professionals in his family.

He never attended anti-vaccine rallies or protests, though he still acted on his convictions when he identified as anti-vaccine.

One time he pulled his daughters, both in Grade 6 at the time, from class the day the school ran an in-house HPV vaccine clinic.

If my mind changed, other people’s can too.– Jason Lerato

Lerato came about his former convictions outside any influence from family; he grew up in a household where vaccination was accepted.

“It would probably be me just falling into a group of people that grew and grew and grew that were very convincing of course about all things anti-vaxx and all things ‘don’t trust the government,'” he said.

He isn’t entirely sure why he gravitated toward those views. There was something compelling and convincing about the “so-called doctors and scientists” he encountered making speeches in videos on social media.

“They use the right words, and you do some research and sadly with the internet age there is information on both sides,” he said. “The one side is obviously misrepresented and misquoted and not true, which is what I believed for 20 years.”

Lerato went to a wedding a month and a half ago steadfast in his belief, but he left in a different state.

His wife’s oldest son got married at an outdoor wedding. Lerato knew going into it he was likely the only unvaccinated person in attendance.

He also knew his wife’s sister and brother-in-law were in the medical field and would be there. That had him bracing for a talk.

“Right to the very minute when it started even, I thought, nope, they’re not going to change my mind,” he said.

But they did change his mind.

“I, for three hours, just expressed my concerns, my fears, my thoughts and instead of a coercive conversation it was very much sincere from the heart, ‘Jason here’s the facts.'”

He asked them about the odds of him contracting COVID-19, or the delta variant in particular, were he not to get vaccinated. They explained his chances were very high; it was more a question of when, and they said he was likely to end up in hospital or worse if infected.

That prompted another question: if he were to get the shot, what were the chances of still getting COVID-19? At the time Lerato believed getting the shot would be worse for him than not having it.

“They said, ‘Well, you might still carry COVID or delta, but it’s not going to affect you the same way, and chances of you going to the hospital or death is extremely low,'” he said.

The brother-in-law then said he, being double-vaccinated, was more of a danger to Lerato than Lerato was to him.

“I said how? He said, ‘Because I could be carrying delta or COVID but it won’t affect me really because I’m vaccinated. So, if I give you a handshake or give you a hug and you’re not vaccinated, you’re going to get it.’ It kind of woke me up.”

The conversation was long and slow. What was once a firm conviction of 20 years gradually fell away. It was a combination of what they said and how they said it, according to Lerato.

“They were very sincere, instead of being pushy or making my thoughts seem ridiculous,” he said.

Lerato got home from the wedding and told his wife he was going to get vaccinated, and she broke down in tears of joy. He booked his first dose appointment a couple days later.

Lerato got his vaccinations done at a grocery store pharmacy in Winnipeg, including his second dose in mid-September. He just received his vaccination card on Monday and feels a weight has been lifted.

It wasn’t the prospect of not being able to travel as freely or take in a Bombers game or eat in at a restaurant that swayed him. He had decided he could go without those things.

It wasn’t appeals from Manitoba Chief Public Health Officer Dr. Brent Roussin to protect yourself and others that did it either.

“It took someone with sincerity that I trusted to change my mind,” he said.

“If my mind changed, other people’s can too.”