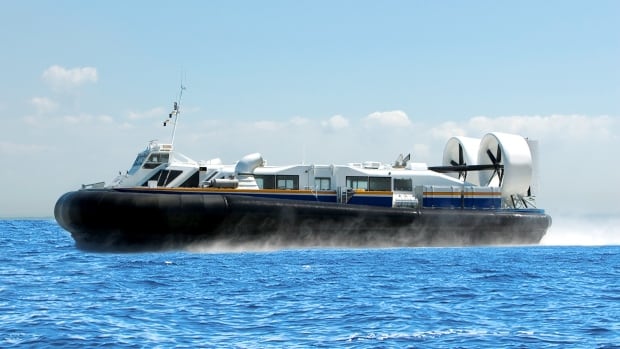 
A new hovercraft service could cut travel time between Toronto and the Niagara Region down to 30 minutes.

Hoverlink Ontario Inc. announced that they have entered the final stage of approval to introduce a high-speed hovercraft service to the Golden Horseshoe. The first of its kind in North America.

With plans to begin operation next summer, the hovercraft service will travel across Lake Ontario between Ontario Place in downtown Toronto and Port Weller in St. Catharines, Ont., a trip that can take about two hours by car or train.

“It’s a rapid transit solution for the Golden Horseshoe and as most people are saying it now, a game changer,” said Chris Morga, CEO and founder of Hoverlink Ontario Inc.

The company said the service will complete 48 rides each day, carrying up to 180 passengers on each trip. The hovercraft is designed to operate on land, water and ice, making it available for trips year-round.

But why is there currently no transportation across Lake Ontario?

Spirit of Ontario 1, a fast-ferry company offering rides from Toronto to Rochester, N.Y. tried operating fleets across Lake Ontario in 2004. However, the company only lasted two season before succumbing to financial restraints.

“I think the real difference is the craft itself,” said Clemons.

“We wanted to create the safest and most environmentally friendly option available.”

Mayor of Niagara Jim Diodati believes it is the perfect time to launch a project like this.

“It’s new technology, it’s a new time, it’s much busier now than it’s ever been,” he said. “The idea of connecting Toronto and the Niagara region, which is already it’s playground, is an idea that is obvious.”