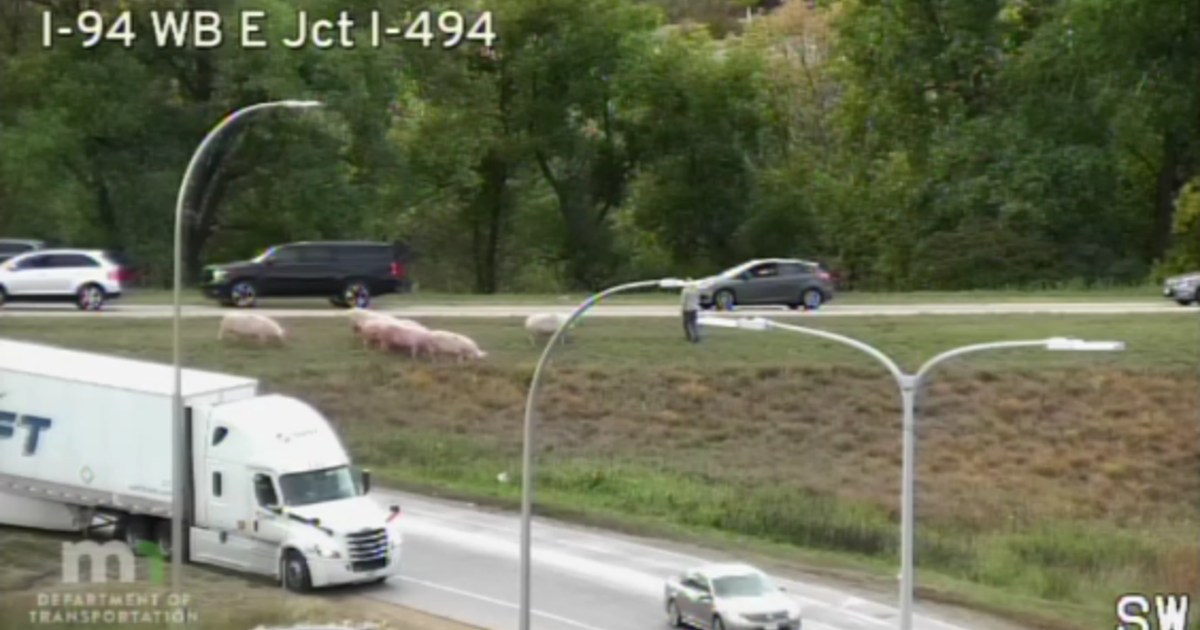 Hog wild: Pigs spotted off I-94 after semi carrying livestock rolls over


WOODBURY, Minn. — You might have seen a strange sight if you were driving near the Interstate 94, Interstate 494 and Interstate 694 interchange Sunday evening. And no, it wasn’t a pig-ment of your imagination.

A group of pigs was spotted near the intersection after a semi carrying the livestock rolled over around 6 p.m. No one was injured as a result of the crash.

The Minnesota State Patrol says they are working to safely transport the livestock from the highway and for drivers to expect traffic delays.

The cause of the crash is under investigation.

You may need a Sober October more than you think