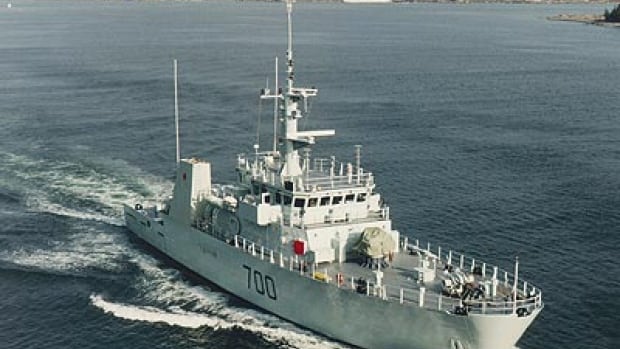 
A naval officer has been dismissed from her duties on a coastal defence vessel after allegations came to light of inappropriate sexual behaviour during a port visit in Portugal.

In a statement released Tuesday, the Canadian Armed Forces said Vice-Admiral Bob Auchterlonie relieved the executive officer of HMCS Kingston of her duties “as a result of an alleged incident of inappropriate conduct of a sexualized nature that took place during a port visit in Lisbon, Portugal, while deployed on Operation Reassurance.”

The allegations have yet to be tested and an investigation into the incident is ongoing.

The statement reads that the commanders of each service expect members “to exercise institutionally appropriate judgment at all times, especially when in a clear leadership or command role.”

The statement went on to read that the measure was deemed necessary to ensure effective leadership of HMCS Kingston.

HMCS Kingston will continue its deployment with standing NATO mine countermeasures group one.

The former executive officer will continue in other roles at the Maritime Forces Atlantic headquarters in Canada until the end of the investigation.

The Royal Canadian Navy has dealt with a number of sexual misconduct allegations within its ranks this year.

In March, two senior female navy officers quit after they say a sexual misconduct case was poorly investigated by the force.

Also in March, the navy was forced to cancel one of its basic recruiting training courses after a series of alleged racist and sexual misconduct incidents. Three sailors-in-training were kicked off the course and one of them is being released from the military, a spokesman for the navy said.

And in April, retired navy commander Danny Croucher was dismissed following a probe into his hiring as a civilian at his old naval base following a sexual misconduct allegation.

The new car you can’t ignore