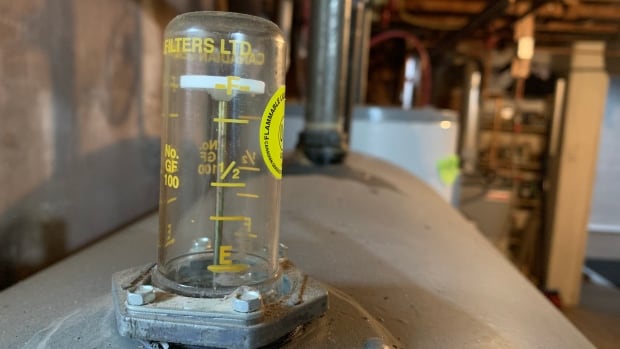 
The price of heating oil has spiked this month, leaving many Islanders worried about how they’ll heat their homes when the temperature drops this winter.

And those worries aren’t unfounded. The increase comes on top of rising inflation for other essentials like rent, groceries and gas.

As of Oct. 21, a litre of home heating oil costs $1.875 per litre. But what does that mean for the average Islander?

We decided to crunch the numbers.

The chart below allows you to select your estimated fuel consumption (which will vary considerably based on the size of your house, how well insulated it is, how warm you keep your house, etc.) and see just how much you’d spend on oil this year — assuming you’re buying at today’s prices.

We’ve also compared today’s costs to oil prices over the last decade (using numbers from Oct. 15 of each year for the sake of comparison).

According to Kenmac Energy, a three-bedroom bungalow will burn about 3,000 litres of fuel a year for heat and hot water.

It’s worth noting that the average household income on P.E.I. is $64,000 per year, according to Statistics Canada. That’s just over $5,300 per month after tax — and at these prices, $468 of that would go straight to home heating oil.

Someone making minimum wage makes roughly $109 per day before taxes (that’s $13.70 an hour assuming an eight-hour shift) — and if they’re the owner of that three-bedroom bungalow, $37 of that daily income will go straight to heating their home this winter.

The price of heating oil has been volatile over the last decade, unlike the consumer price index for all items which tends to move steadily upwards.

From 2013 to 2020, the price of heating oil was running below the CPI for all items. In 2021 it shot up to match the CPI — and that steep climb has continued this year.

At 177 per cent of its price in 2013, the price of heating oil is running well ahead of the increase in price for groceries, rent or gasoline.