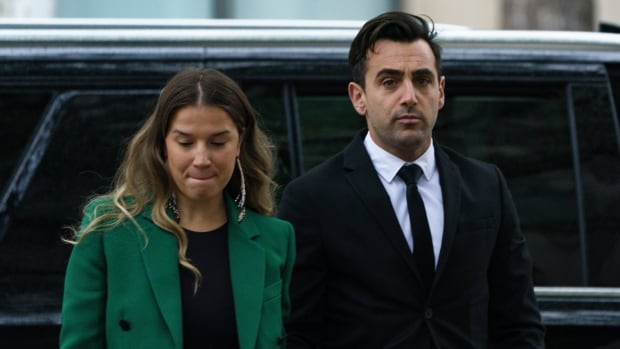 
A sentencing hearing is scheduled Thursday for Canadian musician Jacob Hoggard, who was found guilty earlier this year of a sexual assault on an Ottawa woman.

A jury found the Hedley frontman, born and raised in B.C.’s Lower Mainland, guilty of sexual assault causing bodily harm in the 2016 incident, which took place in a Toronto hotel room.

But jurors found him not guilty of the same offence against a teenage fan.

Hoggard, 38, had pleaded not guilty to two counts of sexual assault causing bodily harm — one related to each complainant — and one count of sexual interference, a charge that refers to the sexual touching of someone under 16.

During the trial, Crown prosecutors alleged Hoggard repeatedly raped the two complainants in separate incidents in the fall of 2016. They also alleged he groped the teen after a Hedley concert in April 2016, when she was 15.

The defence argued that the groping never happened, and that Hoggard had consensual sex with each of the complainants.