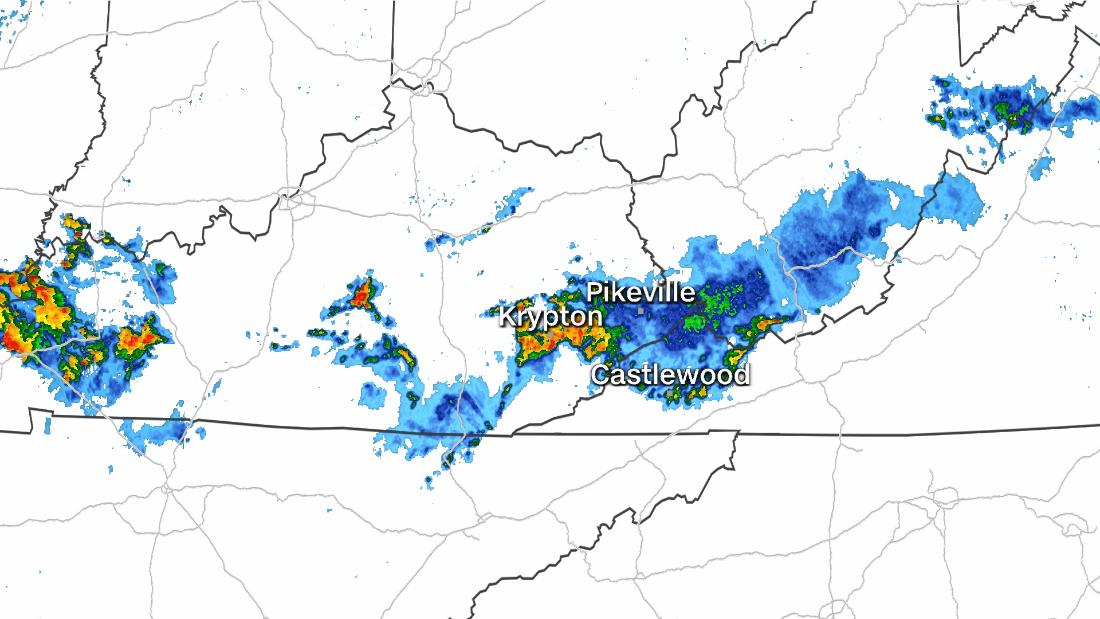 
A flash flood emergency is in effect until 8:30 a.m. ET for portions of Perry, Leslie and Clay counties, and flash flood warnings are in effect for other nearby areas, the National Weather Service said.
“This is a particularly dangerous situation. Seek higher ground now!” the weather service said in one alert early Thursday.

“Numerous roads are closed and life threatening flooding is occurring throughout the area,” the weather service noted.

About 3 to 6 inches of rain had fallen in the area by early Thursday, with 1 to 3 more inches possible during the day, the weather service said.

Swift-water rescues have been reported in Perry County, including in Chavies, a community of a few hundred people roughly a 110-mile drive southeast of Lexington, the weather service said.

In the Breathitt County community of Jackson, video recorded by Deric Lostutter showed floodwater swiftly running past a home in Thursday’s pre-dawn darkness, carrying a trash can and other debris with it.

Breathitt County opened its courthouse building as a shelter for those displaced by the flooding, the county’s emergency management agency said on Facebook.

“Many roadways in the county are becoming covered with water and are impassable. Please stay off the roads if at all possible tonight,” the post said.

Rescue crews have been unable to reach several areas due to “swift water over roadways,” the emergency management agency noted.

CNN’s Monica Garrett and Sara Smart contributed to this report

Miami Beach man in coma after being shot for $1