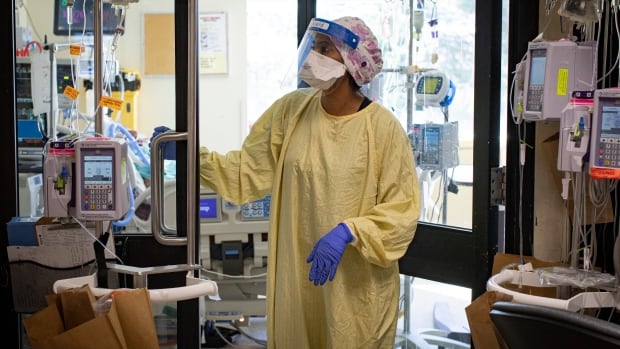 
A coalition of health experts is vowing Tuesday to defend Ontario’s public health care system from further privatization, days after the provincial government confirmed “all options are on the table” to address an ongoing health-care staff shortage.

The Ontario Health Coalition (OHC), which represents more than 400 organizations and about 750,000 Ontarians, says it’s consulting with lawyers and calling emergency meetings with union leaders and health care organizations in order to protect public hospitals from any privatization efforts led by Premier Doug Ford’s government.

“We will fight them with everything that we have,” said executive director Natalie Mehra at a morning news conference.

“Everything is on the table to defend our public, not-for-profit health care system. We will not allow — without a major fight — the for-profit privatization of Ontario’s hospitals.”

Last week, the Ford government said it’s considering various ways to deal with health-care staff shortages that have led to emergency departments across the province closing for hours or days at a time.

Sylvia Jones, the new health minister, has provided few specifics about what that could look like but said in question period recently that Ontarians will not have to pay out of pocket for health-care services.

Mehra says the OHC wants clarity and transparency about exactly what services might be privatized, and what companies the provincial government will use to provide these services.

“We do not need bold new experiments with for-profit privatization,” said Mehra.

“We need a government that is committed to governing, to actually improving the public health care system.”

Dr. Dick Zoutman, an infectious disease specialist and a professor at Queen’s University and the University of Toronto, says private clinics threaten to siphon off skilled health care workers from the public system and make staff shortages even worse, and could also erase an important part of Canada’s identity.

“We should be very proud of our hospitals and our publicly-funded health care system,” said Zoutman.

“To think that we would then throw that away for a for-profit monkey-making model just goes against the grain of what Canadians hold dear and our value system in this country.”

Too hot to cook? Grab some corn and start feasting