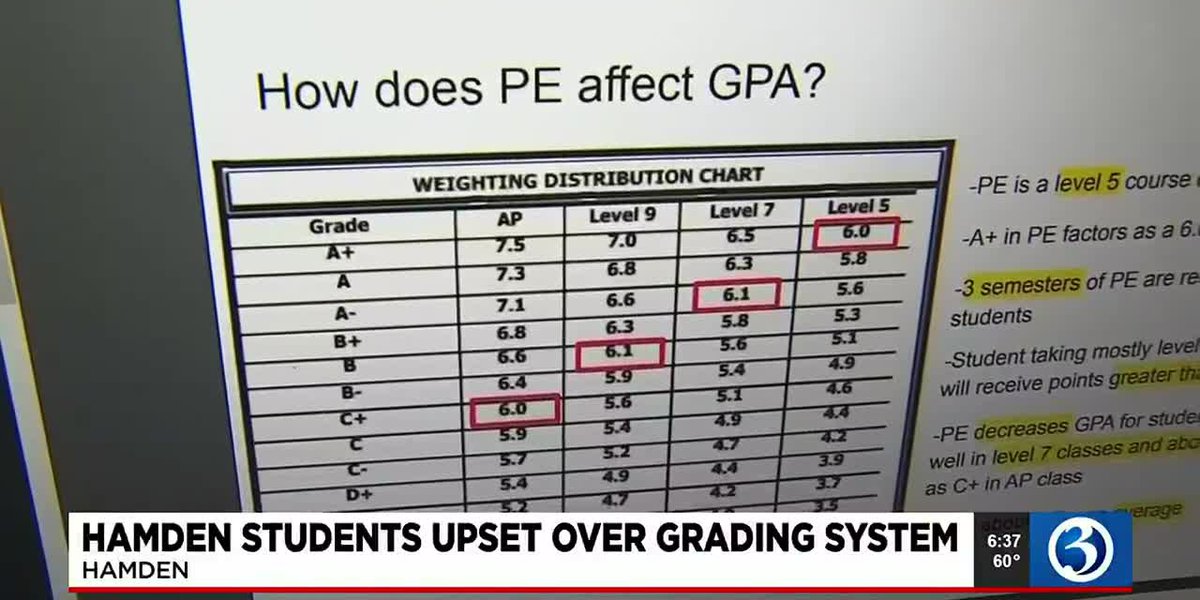 
HAMDEN, CT (WFSB) – Seniors at Hamden High School have been calling for change after they say they’ve discovered a problem with the grading system for gym class.

It’s a problem that has been brought up before. Now, students said they have proposed an immediate solution.

However, students claimed that summer gym classes have not been equivalent to gym classes taken during the school year, which has led to an uneven grading scale.

This system allows students to take gym over the summer for a pass-fail grade. The students who opted to do that, have been seeing better grade point averages because it is one less class that impacts their overall average.

For example, if a student gets an A+ in gym during the year, that equates to what would be a B+ in honors and a C+ in AP courses. It ultimately brings down their GPA, even those who take college credits.

The students said this was discovered through a GPA calculator. They’ve called upon the school board to make changes.

“Divided, there’s a little that we can do,” said Weihao Lin, a senior. “United, there’s much more that can be accomplished.”

“College applications are right around the corner,” said Abe Haxhi, also a senior. “Most of us have gone on the common app [and] asked for teacher recommendations. This is kind of the last thing that needs to be taken care of.”

The students asked that students who have taken PE for a grade be given the option to remove it from their GPA calculation to even the playing field.

Seniors at Hamden High School have been calling for change after they say they’ve discovered a problem with the grading system for gym class.