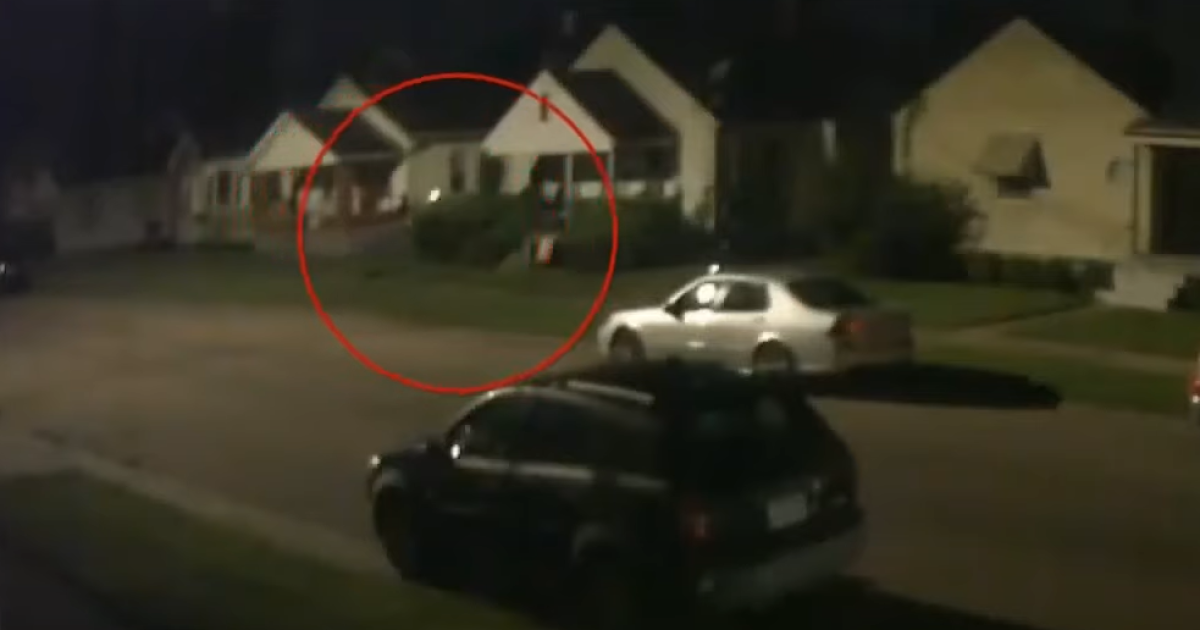 
HAMILTON, Ohio — A gunman was captured on camera firing shots into a Hamilton home. The family, who wants to remain anonymous for safety concerns, believes their teenage son was targeted.

The family’s tells WCPO about four shots that were fired into their home, and the shooting was captured on a neighbors security camera.

The video shows a car driving the down the street. A few moments later, someone is seen walking towards the home and open fire. One of the bullets struck the front door, the other three were near their 16-year-old son’s bedroom.

One of the bullets was just inches away from his head as he was sleeping.

“If he would’ve just got up to use the bathroom, he would’ve been killed,” the victim’s mother said.

It happened around 3:40 a.m. on Aug. 11 in the 500 block of Haldimand Avenue. They fear the person responsible could come back, and they’re pleading for anyone with information to come forward.

“I’m scared, I’m petrified,” she said. “He’s not completely innocent, there’s things going on that I can’t disclose, but that doesn’t justify my son being shot at. He’s only 16.“

The family think another teenager could’ve done this.

They’re hoping someone with information comes forward to help their family get justice.

If you have any information please contact the Hamilton Police Department at 513-868-5811.

Why Dan is teaming up with Albo