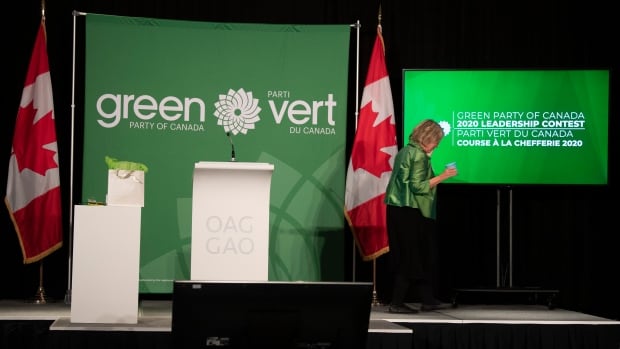 
The Green Party is downsizing its leadership contest following an exodus of people from the party’s leadership organizing committee.

A news release from its press secretary, Fabrice Lachance Nové, states the party will reduce the planned two rounds of voting to one. Voting for the single round will now begin on Nov. 12 and end on Nov. 19. The party’s Federal Council made the decision Wednesday.

“This will allow all six candidates to run their campaigns through the November voting period,” said Lachance Nové.

The statement did not outline the reasons for scaling back the competition.

This month, Lorraine Rekmans resigned from her role on the leadership committee and as party president. She cited the party’s refusal to pause the leadership race until it could investigate allegations of systemic discrimination in the party — allegations which came to the fore when interim leader, Amita Kuttner, was misgendered at a leadership launch.

LISTEN: What’s going on in the Greens? CBC breaks down the internal strife within the party

Sources have told CBC their departures undermined preparations for the leadership contest, which is supposed to be conducted primarily online.

The Green Party’s release didn’t say if there would be any official events organized by the party. The party is facing a financial crunch and relies on unpaid volunteers. Some of that expertise is now gone due to the recent resignations, sources said.