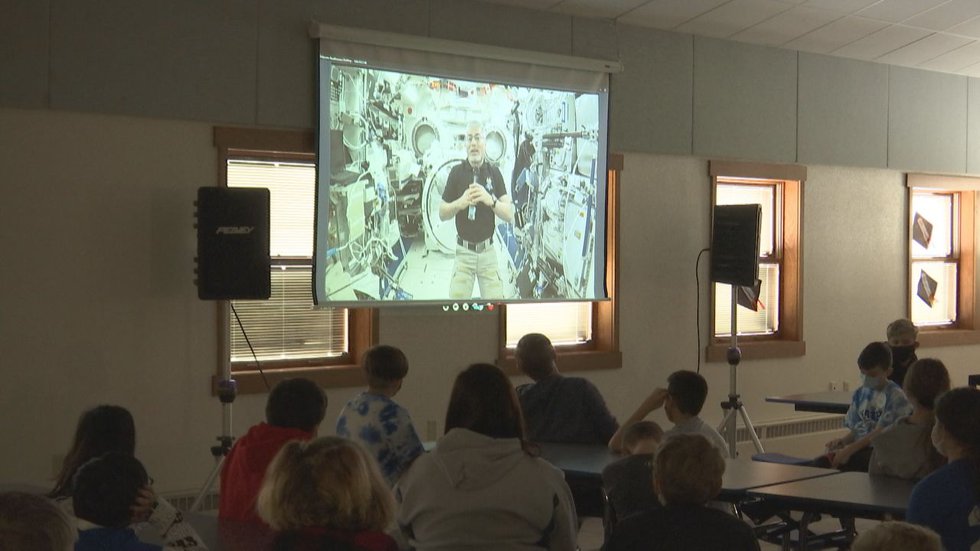 “I’ve always been curious about our place in the universe, and I think the idea that I get to do this as a job, get to perceive our existence from a different perspective than most people get the opportunity to do, has just been wonderful for me,” astronaut Mark Vande Hei said.

Doing back flips from inside the International Space Station, Vande Hei spent nearly 30 minutes answering student questions ranging from is the space food good? to how does it feel being able to float?

“You really don’t learn how to operate in space, on a space station, in particular the Zero G part. Until, we’re actually up here,” Vande Hei told the the group of students from the Green Bay Area Public School District.

“It’s like a once-in-a-lifetime thing that you actually get to talk to someone in space, and they actually get to like respond to you,” McAuliffe fourth grader Caleb Nelson said.

Friday’s conversation happened on the 36th anniversary of the Space Shuttle Challenger disaster that killed seven astronauts, including teacher-astronaut Christa McAuliffe who the school is named after.

“Before I was here, I didn’t really think much about space,” fifth grader Kara Green said. “But now, now that I’ve actually seen an astronaut, I think it’s really really cool.”

Only a handful of schools across the country are picked by National Aeronautics and Space Administration each year for this rare opportunity, and it happened thanks in large part to Vande Hei’s cousin who is a teacher at McAuliffe.

“One boy just gave me a big hug and said, ‘thank you Mrs. McVane. I’ll never forget this. This is amazing,’ and I think most of them will have that feeling,” Michelle Vande Hei McVane said.