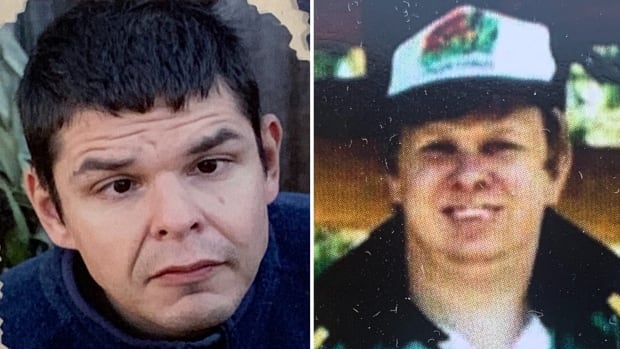 
By the time a fire truck pulled up in the early morning hours of Christmas Eve 2018, flames were erupting from the windows and shooting up over the roofline.

Trapped inside the small, west Edmonton bungalow were three men, all developmentally disabled, unable to escape. The group home’s sole worker had woken up to the blaze and panicked, forgetting even to give the address when she called 911, before fleeing shoeless into the snow.

Billy Beloin, Jason Allinson and Robert Nadeau had been roommates for 14 years in the home they leased from a private owner. Their care was managed by McMan Youth, Family and Community Services Association, an Alberta non-profit social service agency.

Although the fire itself was deemed accidental, the circumstances around it were troubling to an Edmonton judge who oversaw a public inquiry into the two deaths.

In a recently released report, Judge Randal Brandt noted there was no plan for responding to night-time fires — and that it would have been physically impossible for the sole staff member to evacuate the men herself.

“Night-time house fires are not unforeseeable events,” wrote the provincial court judge. “This lack of an executable plan was a clear and present danger.”

Brandt’s report makes several recommendations to both McMan and the province’s Ministry of Seniors, Community and Social Services, calling for better training and more oversight of safety in group homes.

The men who lived there

Billy Beloin, the youngest of the trio, was about to celebrate his 38th birthday.

Beloin’s mental and physical disabilities were related to brain damage he suffered as a result of abuse as a baby, said his foster sister Fay Henry. She became his guardian when her mother died about 20 years ago.

When the Henry family brought Beloin home from the hospital as an 18-month-old, doctors said he would never walk, talk or feed himself.

“But yet he learned to do all that,” Henry said.

Beloin was blind, but he had a talent for recognizing voices, and could quickly identify family members he hadn’t seen for years, Henry said.

He couldn’t tell time, but Henry said he could tell when it was time for his favourite television show — The Young and the Restless.

“He was always sweet and had a memory like no other,” she said.

Jason Allinson was a quiet man, but it would be a mistake to think he wasn’t taking everything in, said his father John.

“He could be aware of how people were feeling,” he said. “Basically, he thought with his heart rather than his mind.”

The Allinson family moved to Edmonton when their only son was quite young. Allinson was developmentally delayed and was diagnosed with autism spectrum disorder later in life.

Growing up, he attended several Edmonton schools and lived with his parents. He loved Chinese food and meeting new people, his father said.

Since his death, the Allinsons take some comfort knowing his donated organs were able to help a number of people.

“Maybe the pain is a bit less,” said his father, “but the memory I think maybe stays the same.”

Both Robert Nadeau, the sole tenant to survive, and his mother Marla still feel the impact of the fire.

“We were a family, like those three boys and us parents,” she said in an interview this month.

“That’s the hardest part, losing his two friends that he had lived with for 14 years. And me – I lost the support system. We don’t have that where he is now.”

Nadeau, who recently turned 50, is non-verbal and blind. His mother said Beloin and Allinson’s chatter kept him company, and he was especially close to Beloin.

Nadeau spent weeks in the hospital, where he was intubated and admitted to the intensive care unit.

After the fire, Nadeau started having seizures again — something that hadn’t happened for a decade, his mother said.

Nadeau is physically recovered and lives in another McMan group home, she said. Learning new routines and being in a new home where he didn’t know anyone was hard at first. COVID-19 made things additionally challenging.

Night of the fire

One McMan staff member was working at home, at 16608 90th Ave., on the evening of Dec. 23, according to inquiry evidence detailed in Brandt’s report.

She had started earlier in the day, but at 10 p.m. her shift became a “sleep shift,” meaning she stayed on the premises but was expected to sleep.

The fire started in a portable battery pack that was on the table next to the bed in the living room where she was sleeping, the inquiry was told. When she woke up, the worker raced through the house, closing the doors to each of the residents’ bedrooms.

She tried to place towels under the doors to block the smoke but became “disoriented and quickly panicked,” the inquiry report says. She had poor vision and couldn’t find her glasses as the smoke intensified.

The worker used the landline to call 911 at 1:43 a.m. but hung up before giving an address.

As the fire spread, the worker, fearing for her life, ran out of the house.

The first fire truck was dispatched within seconds of the 911 call but was delayed by the lack of an exact address. It arrived seven minutes and 21 seconds later, which the report calls a “notably long response time.”

McMan, a non-profit social agency, operates various programs across the province, including supports for people with disabilities.

In Edmonton, one of their services is to provide staff for groups of two or three people with disabilities who live in group home settings. The provincial government’s Seniors, Community and Social Services department funds the program.

As a condition of the contract, the province requires service providers to be accredited by one of several third-party certifying bodies.

The Commission on Accreditation of Rehabilitation Facilities (CARF) accredited McMan.

At the time CARF did not have an Alberta office, and only visited McMan’s Edmonton facilities once every three years.

CARF staff did not visit the home where the fire occurred.

During the inquiry, court heard that there were regular fire drills at the home, but only during the day. There were always at least two staff members during the drills because each resident required two people to help them out of the house, one by one.

Court also heard that the worker on shift the night of the fire had watched a video about fire extinguishers, but had never handled one herself.

The fact that the worker didn’t know what to do was not due to any failings on her part, Brandt said in his report, adding that she was traumatized by what happened.

Rather, the absence of a safety plan and inadequate training contributed to the deaths of Allinson and Beloin, he wrote.

So did a lack of government supervision, he wrote, explicitly noting that the existing accreditation system could provide no confidence in safety in group homes.

“This clear and present danger was not known to the Government of Alberta because there was no mechanism in place for it to find out,” he wrote.

Both McMan and the province did internal reviews following the fire, which Brandt called “superficial.”

“The asking of difficult questions might have assisted with improving policies, practices or training,” he wrote. “Lack of meaningful investigations afterward meant there was no way of learning anything from this tragedy.

A judge in a fatality inquiry isn’t allowed to assign blame, and any recommendations are not binding.

The reactions to Brandt’s recommendations are varied, and point to larger, systemic challenges in how people with disabilities are cared for and supported in Alberta.

The Alberta government: “The deaths of Jason Allinson and Billy Beloin was a tragic incident. Community and Social Services is committed to making sure this never happens again,” says ministry spokesperson Lisa Shankaruk. In a written response to the Brandt report, the ministry said it accepts the recommendations in principle and has already begun making changes, such as a higher level of certification and better fire safety training in home living settings.

The McMan association: McMan is preparing a formal response to the province, but Danica Frazer, executive director for Edmonton and northern Alberta, told CBC the non-profit will accept Brandt’s recommendations. She declined to do an interview with CBC.

Inclusion Alberta: There’s a fine balance between issues of staffing and safety planning and the importance of respecting the sanctity of a disabled person’s home, says Inclusion Alberta’s CEO Trish Bowman. “Safety precautions are absolutely necessary,” she says. “But it has to be balanced with the fact that this is someone’s home and so having appropriate safeguards, without having institutional sorts of intrusion into people’s homes, is really, really important.”

Fay Henry: “Group home staff do not get paid what they deserve to be paid and if they did I think they would get more qualified people in there,” says Beloin guardian Fay Henry. She approves of the recommendations, but said there needs to be a total overhaul of the support system for people with disabilities, from increasing AISH payments to improving conditions for staff. Another frustration for her is a perceived lack of communication from McMan immediately after the fire and in the years since. She’d still be interested in hearing from the agency.

The Allinsons: Even after the inquiry, John and Betty Allinson still have so many questions about the incident that killed their son. What exactly happened in the minutes after he was pulled from the house and before he arrived in hospital? And will changes actually happen? John Allinson wishes someone from CARF had been questioned during the inquiry and noted that many witnesses called were bureaucrats who didn’t seem to have a good understanding of what frontline workers do. They’d like to see more government oversight of group homes.

Marla Nadeau: Robert Nadeau still lives in a McMan home, a hard decision for his mom Marla but one she deemed to be in the best interests of her son. “To take him out of that on top of losing all his friends … it would have been way too much for him.” She worries about the overall system for people like her son and doubts whether changes to the accreditation process or staff training would make a difference. “You can make all the recommendations you want but unless the government is going to cough up more money for funding for homes to properly hire people to do the job, it’s not going to happen.”