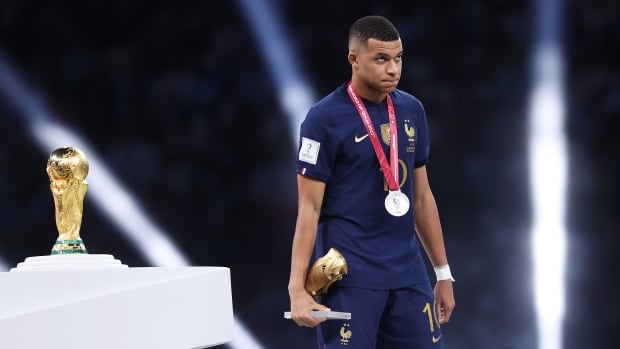 
The distasteful taunting of France striker Kylian Mbappe by some Argentina fans amid celebrations in Buenos Aires to welcome back the World Cup winners should be investigated by soccer’s world governing body FIFA, a senior French cabinet minister said.

During Argentina’s jubilant homecoming a group of fans set alight a makeshift coffin lid adorned with a cross and picture of Mbappe. Goalkeeper Emiliano Martinez also clutched a toy baby with Mbappe’s face on during an open-top bus parade through the capital. Images of both went viral on social media.

Meanwhile, France’s soccer federation and an anti-racism charity will file legal complaints against individuals who hurled racist insults at Mbappe and his team mates on social media following the World Cup final defeat on penalties.

Asked for his reaction to the insults out of Argentina on social media, French Finance Minister Bruno Le Maire told Sud Radio the scenes were “undignified” and questioned openly whether FIFA should look into the events.

The Argentine Embassy in Paris did not immediately respond to a request for comment.

Mbappe, who turned 24 on the day millions took to the streets in the Argentine capital to give a heroes welcome to team captain Lionel Messi, spearheaded a gutsy French comeback by scoring two goals in 90 seconds to force extra time.

He and other players of African descent, who form a majority of the France team, have received torrents of racist abuse from a small minority of supporters on social media.

SOS Racisme, an anti-racism association, has included screenshots of more than 100 hateful comments in a criminal complaint against those behind the remarks

The French Football Federation has done the same.

“It is the expression of a far-right ideology that says that these people should not be considered French,” said Hermann Ebongue, secretary general of SOS Racisme.

He added that the two players who missed their penalties, Kingsley Coman and Aurelien Tchouameni, received the most abuse and that some of the players had deactivated the comments on their social media accounts.

SOS Racisme had already asked FIFA to take action against Argentina fans who sang a racist song about Mbappe and the France team before the start of the tournament and is studying images coming out of Argentina now for any signs of racism.

Argentina’s victory over France is being described as one of the most exciting men’s World Cup finals in history. The incredible drama-filled match thrilled fans and likely converted some new ones, as Canada prepares to co-host the next men’s World Cup.

Sunwing cuts half of remaining winter flights from Saskatoon