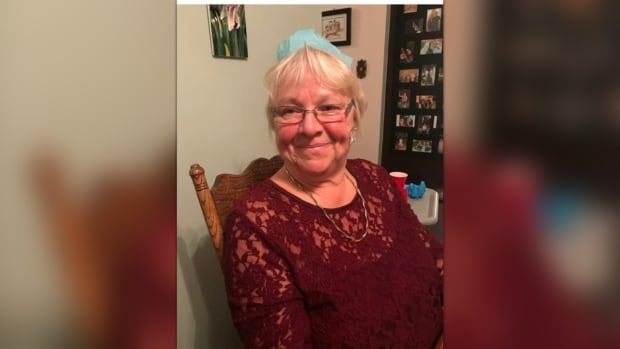 
A healthcare aide described as a fighter with unyielding dedication to her patients is the fourth health-care worker in Alberta to die of COVID-19.

Rose Vandelannoite died of complications from the disease on Sunday, her union wrote in a memorial post on Twitter. She was 63.

Vandelannoite, who worked for more than 10 years at Summerwood Village Retirement Home in Sherwood Park, outside Edmonton, was described as a dogged advocate for her colleagues and the people she served.

“Never too shy to stand up and speak her mind, she was a fighter and made sure that every worker and resident was treated compassionately, fairly and with respect,” her union, LiUNA Local 3000, wrote on Twitter.

“Our deepest condolences to Rose’s family and friends, to all our members in our facilities in Alberta who came to know her well, to her co-workers, and to the many residents she loved and cared for at Summerwood Village.”

A COVID-19 outbreak was temporarily declared at the retirement residence in mid November after two cases were confirmed.

For five weeks, she “fought valiantly” to survive before succumbing to the disease at the University of Alberta Hospital in Edmonton on Jan. 10, the union said.  Summerwood is longer on outbreak status.

Vandelannoite had been an active member of the union local since January 2009. She served as the chief steward at Summerwood Village for more than a decade, LiUNA Local 3000 wrote on Twitter.

“Rose was a very proud mother who leaves behind two adult children, a loving extended family and many, many friends and co-workers who will miss her sorely.

“Rose may be gone but her memory will always be a treasure and inspiration.”

The union has also begun a fundraising campaign to help Vandelannoite’s family with funeral expenses. As of Tuesday morning, the campaign had raised more than $6,000.

She lost her life caring for others, always putting others before herself.-Kelsey Torkelson

Vandelannoite’s daughter, Kelsey Torkelson, said the pain of losing her mother, three years after the death of her father from cancer, has felt like a nightmare.

“This virus does not discriminate,” Torkelson wrote. “It takes from families. It cuts life short. It will leave me with a hole in my heart the rest of my life.”

Torkelson described her mother as an amazing woman with a beaming smile, a loud contagious laugh and an unmatched dedication to her family, friends and patients.

Torkelson said her mother was selfless in her work and she paid with her life.

“My mom was an amazing woman and mother. She had a humour like no other. She was beyond caring, she was the most selfless person. So selfless she continued to work through this pandemic even though she was compromised herself.

“She lost her life caring for others, always putting others before herself. For over 45 years she has cared for many people and ended up losing her life for only wanting to help.

“My mom is a health-care hero and she will never be forgotten. I will make sure of that.”

Vandelannoite is the fourth health-care worker to die from COVID-19. The death of a Calgary-area doctor, a man in his 70s, was reported last week. Alberta health officials said the physician was not infected in the workplace.

The two other workers reported dead from the disease were employed in long-term care facilities.

Joe Marie (Jing) Corral of Calgary was a healthcare aide at the Bethany Riverview continuing care facility in Calgary.  A fellow health worker, a woman in her 50s in the Edmonton region, succumbed to the disease late last year. Her name has not been released.

Alberta reported 639 new cases of COVID-19 on Monday and 23 more deaths. Across the province there were 13,917 active cases, with 811 people are being treated in hospitals for the illness, including 130 in ICU beds.