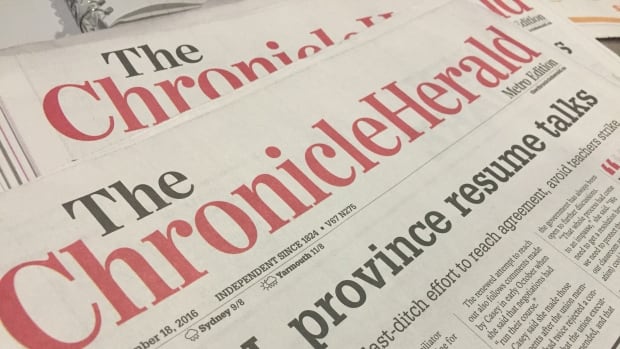 The Chronicle Herald in Halifax, The Cape Breton Post in Sydney, N.S., The Guardian in Charlottetown and The Telegram in St. John’s will no longer have a Monday print edition.

The media company cites increasing inflation on print operations and rising fuel costs as some of the factors in the decision.

Chief operating officer Ian Scott said in a statement on Monday that the media company was “responding to the market demand for how and where people want to see their content.”

“We’ve had at least six [price] increases this year, whereas we would have seen two [increases] in the preceding two years,” Scott said of the price of paper in an interview Tuesday.

“Our audience size is very significantly larger online than it is [for] the printed paper and the Monday [edition] is the smaller of the printed editions,” Scott added.

He said that the move will lower costs for the company, but will not affect staffing at the four newsrooms.

With the savings from the change, Scott said the company intends to put more efforts toward its digital platforms, with a focus on producing more multimedia pieces. In place of the print editions on Monday, the four publications will have an exact digital replica of the physical paper, which he said has the benefit of being more accessible, allowing readers to listen to stories out loud or translate them into other languages, among other options.

SaltWire says the decision will take effect on Oct. 17, but there will not be a print publication on Thanksgiving Monday, as usual.

The move comes just weeks after fellow Canadian media company Postmedia Network announced nine of its urban daily newspapers would no longer be printed and delivered on Mondays.