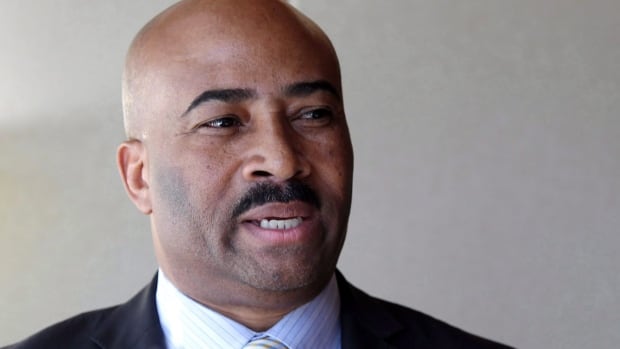 Efforts to strip former senator Don Meredith of that lifetime title, and the privileges that come with it, have stalled.

Former Progressive senator Serge Joyal, the past chair of the Senate’s ethics committee, launched an effort to remove Meredith’s “honourable” designation in 2019.

But since Joyal retired from the chamber more than two years ago, none of his fellow senators have attempted to finish what he started.

“Senators are in a very privileged position in terms of title. You are ‘honourable’ and you should act honourably, not only when you are a senator but once you have left this chamber,” Joyal said in a 2020 speech.

Meredith, a Pentecostal pastor, did not act honourably when he engaged in a sexual relationship with a teenage girl, Joyal said.

Joyal introduced a motion in the Senate to study the question of stripping Meredith’s title. It died on the order paper and hasn’t been revived.

“The motion was never adopted by the Senate and therefore the matter was not referred to [the Senate’s committee on ethics and conflict of interest for senators],” said Ross Ryan, a spokesperson for Senate Speaker George Furey.

“Following the prorogation of Parliament on August 18, 2020, the motion died on the order paper. The issue was not raised in the Senate during subsequent sessions,” Ryan added.

There seems to be little appetite to resume Joyal’s efforts, even though Meredith now faces criminal charges.

On Saturday, Meredith was charged by the Ottawa Police Service with three counts of sexual assault and one count of criminal harassment.

The Ottawa police sexual assault and child abuse section charged Meredith following an investigation into allegations of sexual assault that date back to 2013 and 2014 — allegations that were reported by a woman who was an adult at the time, police say.

During her own probe, Ricard referred to the teenager with whom Meredith had a sexual relationship as “Ms. M.”

Six former Senate employees and a parliamentary constable also have alleged Meredith acted inappropriately toward them while he was serving in the upper house.

The alleged behaviour included unwanted kissing and exposure of his penis, along with yelling and aggressive behaviour in the office.

Canadian Senators Group (CSG) Sen. Josée Verner backed Joyal in pushing for Meredith to be stripped of the “honourable” designation.

While Joyal recommended that the ethics committee study the matter before asking Prime Minister Justin Trudeau to act, Verner called for a more direct route. She said the Senate should immediately ask the prime minister to instruct the Governor General to drop the “honourable” from Meredith’s name.

The granting of titles such as “honourable” is a royal prerogative in the hands of the Governor General, who generally acts on the advice of the prime minister of the day.

Asked for an interview on the matter Tuesday, a spokesperson for Verner said she was unavailable.

Meredith, who resigned from Red Chamber in 2017 just as he was about to be expelled from the Senate, was given the title when he was appointed to the Senate by former prime minister Stephen Harper in December 2010.

After Meredith’s alleged sex acts with Ms. M came to light, Meredith was kicked out of the Conservative caucus.

He then became a member of the Independent Senators Group (ISG), a caucus largely composed of senators appointed by Trudeau.

In September 2016, Meredith was elected to a leadership position in the group, becoming a member of the ISG’s chamber coordination team. He was picked to help the ISG “promote an efficient, effective Senate in the service of the people of Canada,” according to a press release from the time.

CBC News asked the ISG’s current leader or “facilitator,” Quebec Sen. Raymond Saint-Germain, if it was appropriate for Meredith to have held this senior role while he was facing such serious allegations.

A spokesperson for the ISG said the group’s leadership had no comment.

Meredith has a title that only a few Canadians can legally use.

There are six categories of people who can use the prefix “honourable”:

Joyal has pointed out that no Canadian senator has ever before been stripped of his or her “honourable” designation. He said it’s a decision that should not be made lightly.

“It cannot be done out of fury, anger, vindication or in extreme situations because we happen not to like one person in particular,” Joyal said.

The move is warranted in this case, Joyal said, because the ethics commissioner’s report on Meredith’s relationship with a teen, and the subsequent allegations about workplace harassment, were so troubling.

“That report, of course, is damning. There’s no doubt about that,” he said. “The conduct of senator Meredith was reprehensible and certainly not a model or exemplary for any senator.”

By virtue of his former position, Meredith is also permitted to attend state ceremonies.

Joyal has said he should also be barred from those events, given the nature of his alleged crimes.