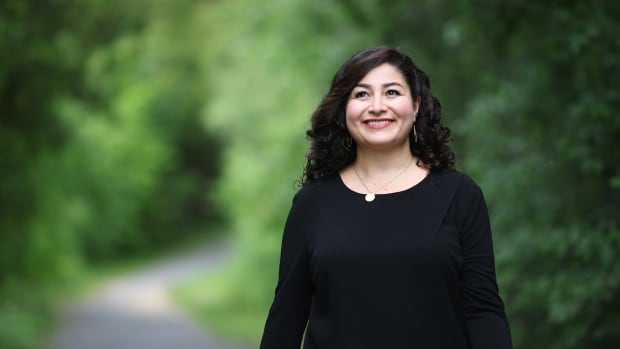 
It’s been a year since Bernadette Jordan last walked through the doors of the House of Commons as an elected official.

She lost the seat she’d held since 2015 to Conservative candidate Rick Perkins in South Shore St-Margarets in 2021.

Jordan was minister of Fisheries, Oceans and the Canadian Coast Guard in the Trudeau government — a portfolio that had her navigating a thorny dispute over Indigenous treaty rights in the lobster fishing industry.

“What I tried to do was find a middle ground. I tried to get to a place where First Nations had the ability to exercise their moderate livelihood rights,” she said.

“Unfortunately, that middle ground didn’t make anybody happy and that was what ended my political career.”

So it didn’t come as a “huge shock,” she said, when she lost her seat. She subsequently accepted a position as national director of philanthropy with Shelter Movers in Nova Scotia, a not-for-profit organization that helps women move out of abusive situations.

Losing is as much a part of politics as winning. Jordan said that, for her, politics was always a means to an end — which made leaving it behind a little easier to take.

“I ran for politics, not because I ever wanted to be an MP or a minister, but because I wanted to help the people who lived in my community,” she said. “That’s always been my guiding principle.”

Every election leaves a handful of MPs looking for something new to do with their lives.

Despite Prime Minister Justin Trudeau’s drive for a majority government, the Liberal Party gained just three seats in the House of Commons (Kevin Vuong, though elected as a Liberal was ultimately forced to sit as an Independent. The Conservatives lost two seats, while the Bloc and the NDP each gained a seat).

Maryam Monsef was also in Trudeau’s cabinet, serving as minister for women and gender equality and rural development before the 2021 election ended her five-year term as MP for Peterborough-Kawartha.

Monsef’s district is considered a swing riding that sees pitched and unpredictable battles between Liberals and Conservatives. She lost her seat to Conservative candidate Michelle Ferreri by 3,000 votes.

“Losing sucks,” she said. “I’m a competitive person and I work really hard for my community and nobody likes to lose.”

Monsef was 29 years old when she started her local political career and 30 when she became an MP.

“I was in the deep end right away and there’s no manual on how to be an effective cabinet minister or an effective member of Parliament,” she said.

Monsef endured a backlash in August, 2021 after she referred to the Taliban as “brothers” during a press conference in a plea to ensure safe passage for thousands looking to flee Afghanistan.

‘So many times falling off the horse’

She later took the comment back, saying that it’s a term many Muslims use to refer to each other and insisting she still viewed the Taliban as a terrorist organization.

“There were so many setbacks, so many times falling off the horse and getting back up,” said Monsef.

A year later, Monsef is deep into what she calls her “passion project” — a consulting firm called Onward that aims to help women develop leadership skills.

“I started this company so that we could be a source of support to achieve that vision for women and their families — thriving by supporting women leaders.

“If I can play a small part in their leadership journey, well, that’s a life well lived.”

Paul Manly was elected in a May 6, 2019 byelection, becoming the second Green Party MP elected in Canadian history.

His political career proved relatively brief. While he kept his seat in the 2019 general election, he was defeated by NDP candidate Lisa Marie Barron in the 2021 vote.

“It’s not easy going from being a very public figure to suddenly being unemployed,” he said. “So you know you have to figure out what you’re going to do.”

Today, he is the part-time executive director of the Unitarian Shelter, a 24-bed shelter for the chronically homeless.

He also went back to a project he started before launching his political career — a nonprofit community service cooperative called Growing Opportunities.

“I’ve always been someone that’s concerned about environmental issues and about social justice,” he said. “And so I’ve done that kind of work for decades and when I was in the House of Commons, those are the kinds of things I was advocating for.”

‘There’s a lot that can be done’

Now, Manly is taking another run at politics – this time for Nanaimo City Council.

“There’s a lot that can be done at different levels of government,” he said. “We’re in a climate emergency and we need to be taking action to address the urgency of the situation and to make sure that we have a just transition to a new economy.

“And that work needs to take place at every level of government.”

After the post-mortem was completed, he continued to work as a political insider by helping out in the United Conservative Party’s leadership race in Alberta.

“Now that the party has picked its leader, I still remain committed to the movement and will help wherever I can.

“That may be in public life or that may be behind the scenes or a combination of both. But if the right opportunity comes along, we’ll consider it.”

“They did a golf tournament this year in Garrett’s name that the local firefighters put on and we’re contemplating some other activities with that,” he said.

“It’s something we’ve been pretty active with for the past 15 or 20 years.”

The NDP didn’t see significant changes to its caucus in 2021. The party hoped to boost its presence in the House of Commons but finished the election with just one extra seat.

Scott Duvall was the New Democrat MP for Hamilton Mountain from 2015 to 2021. Unlike a lot of MPs who drop out of federal politics, he chose the timing of his exit by announcing in March 2021 that he would not be running again.

“After six years in politics, I was really starting to feel that because of my age, that I wanted to retire,” he said.

But Duvall couldn’t stay away from politics for very long.

“I was kind of disappointed that when I came back home to see my city in a dysfunctional way, the way the city was going with the crumbling roads and sidewalks,” he said.

Duvall is now running as a candidate for Hamilton’s city council. Ontario’s municipal elections will be held on Oct. 24.

“People were encouraging me to run, so I did. And that was the reason why I came back,” he said.

“Sometimes you think it’s in your DNA to continue on. I just thought, ‘I’m still useful.'”

Duvall said he feels he can make a bigger impact on his city by running municipally.

“In Ottawa, I found it very difficult and frustrating that things go as slow as molasses. It just takes time and it takes patience,” he said.

Duvall said that while he doesn’t have ambitions to run federally again, he wants to support people who hope to start a career in politics.

“It’s time to help somebody else out and bring them up,” he said.