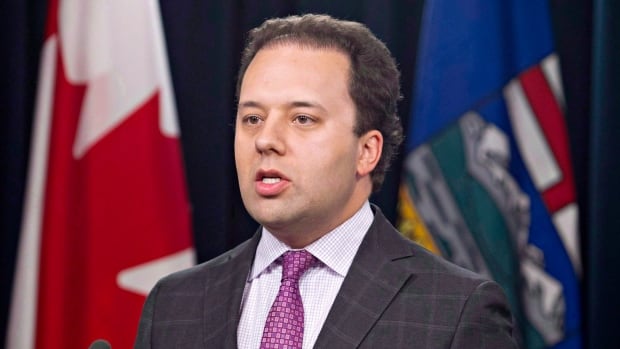 
Warning: This story contains a video that contains vulgar language and content.

Jonathan Denis, Alberta’s former justice minister, is apologizing after a series of videos were posted to social media over the past few days, though he says he has no recollection of them taking place or if they are real.

The three videos purport to show Denis on a phone talking while adopting a negative caricature of an Indigenous voice, referencing liquor stores and casinos.

“I have no recollection of these events, however, it is possible I said them years ago while under the influence of alcohol. If so, I am truly sorry,” wrote Denis in a statement to CBC News.

“I acknowledge that I overused alcohol in the past and have not in some time. If these are real events, I apologize unreservedly to anyone that I offended. I hope this apology puts an end to this.”

A former Alberta justice minister is apologizing for a series of offensive videos circulating on social media the past few days that he says are “purporting” to be of him.

United Conservative Party leadership candidate Danielle Smith called the videos “appalling,” writing that Denis had played no role in her campaign, but adding she had fired someone who appeared in one of the videos.

“We must stand in solidarity with our Indigenous Peoples to dispel any and all stereotypes that undermine their invaluable contributions to our country,” she wrote on Twitter.

Calgary-based businessman and political activist Craig Chandler said he was pictured in one of the videos during a barbecue at his place. He said no prank call was made in that video.

Chandler said the instance on that video was a reference to the notorious audiotape Brocket 99, a fake radio show produced in Lethbridge, Alta., in the late 1980s based on racist stereotypes of First Nations people.

“Some comedy is not politically correct, but this is a private function of my close friends. The video was taken by a close friend, I thought,” he said.

“Quite frankly, this cancel culture is killing society … I should be able to joke on an issue in the confines of my own home.”

Denis was Alberta’s justice minister under the Progressive Conservative government from 2012 to 2015.

Today, Denis is a practising Calgary lawyer. The Law Society of Alberta says it is aware of the matter, but did not comment specifically on it. Broadly speaking, the body does not comment after issues or complaints are made due to confidentiality.

New tech to save kids trapped in hot cars