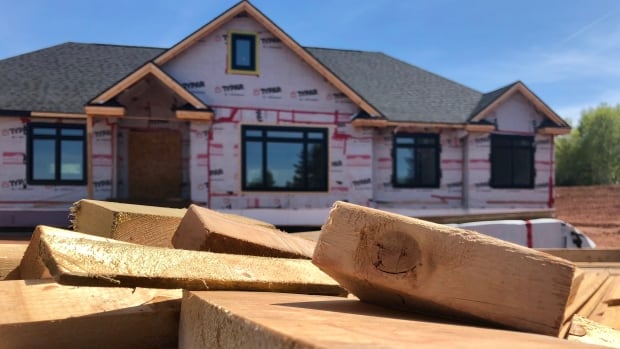 Kaleed Rasheed, minister of public and business service delivery, and Steve Clark, minister of municipal affairs and housing, made the announcement in Windsor at a media briefing Wednesday morning. They were joined by Windsor Mayor Drew Dilkens.

If passed, the government said changes to the New Home Construction Licensing Act (NHCLA) would hike fines from $25,000 to $50,000 per infraction, with no limit to additional penalties. Developers could also have their licences suspended.

The proposed changes would also enable the regulatory body to use the fines to make payments directly back to affected home buyers. The government said that would make Ontario the first jurisdiction in Canada to provide such compensation to consumers.

“In making one of the biggest purchases of their lives, hard-working Ontarians deserve to be treated fairly,” said Rasheed.

“With these proposed changes, we are putting unethical developers on notice. Any predatory builders will think twice before trying to rip off an Ontario home buyer.”

Quoting Premier Doug Ford, Rasheed said, “This type of appalling behaviour will not be tolerated on our government’s watch.”

Once the changes are passed, the government will have the ability to impose fines retroactively to incidents on or after April 14, 2022, when the More Homes for Everyone Act received royal assent.

Marc Miller is the site supervisor of Tri-World and Mid-South Land Developments’ Lilymac Boulevard project, which is underway in south Windsor. He said news of the possible increase in fines is a “non-issue” for his company.

“It really doesn’t affect us because my bosses — they’re not like that. They would never try and go back. Once he signs a deal, that’s it. He’s not going to try and go back and get more money out of somebody.

Wednesday’s announcement is part of a series of similar efforts from the Ontario government. But some people in the province wonder how effective the legislation has been so far.

In its first full year of operations, the Home Construction Regulatory Authority (HCRA) — a non-profit corporation designated by the province to enforce the NHCLA  Act — received 800 complaints, spokesperson Tess Lin said in an email to CBC News. The authority’s discipline committee only received its first case on March 15.

But in August, CBC News reported that the organization’s discipline committee was only in the beginning stages of hearing its first case, which was unrelated to issues of a developer cancelling contracts or asking for more money.

While the authority has said handling complaints properly takes time and resources, would-be buyers have said that in the meantime, they’re left hanging with deposits tied up in an exceptionally competitive housing market.

No new decisions have been posted to the HCRA website since August.

“Time and again, bad apple developers have been allowed to get away with ripping off homebuyers by cancelling projects in bad faith,” the two said. “The Ford government is already failing to levy fines against these unethical developers, so doubling these fines on its own is simply not going help.

“The government needs to make greedy developers honour their contracts and build the homes they promised at the price they agreed to. If a developer breaks their contract so they can squeeze more money from buyers, that developer should face higher fines and tougher enforcement, including the loss of their licence.”