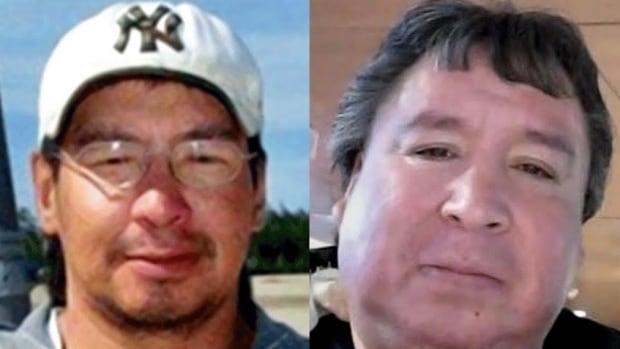 First Nations man had ‘quite good’ chance of survival if taken to hospital instead of cell, inquest told


WARNING: This story describes distressing details about deaths in custody.

Don Mamakwa of Kasabonika Lake First Nation had a 97 per cent chance of surviving the night if he had been brought to hospital instead of a Thunder Bay, Ont., police cell in August 2014, an emergency-room physician told a coroner’s inquest Tuesday.

Instead, the Oji-Cree man, 44, died alone in custody at the Thunder Bay police headquarters after he was arrested on suspicion of public intoxication, his pleas for help and medical attention ignored for hours, according to evidence provided so far during the inquest.

Dr. Alim Pardhan testified Tuesday during the second week of the inquest, which is investigating the circumstances surrounding the 2014 death of Mamakwa and the 2017 death of his uncle, Roland McKay, 50, of Kitchenuhmaykoosib Inninuwug. Each man was found without vital signs while in a police cell.

Ina Kakekayash, Mamakwa’s mother, previously testified the saddest part for her is knowing he told police he needed medical attention, but was brought to the police station instead.

“Don was a person. He was our brother. We loved him and took care of him best we could. I want to tell the police to treat him with respect. I’m just sad he had to die alone in that place,” Mamakwa’s sister, Rachel, said during her testimony.

Mamakwa was found without vital signs in the early hours of Aug. 3, 2014. No personal checks were done on him for upwards of five hours, according to an investigation report by the Special Investigations Unit (SIU), a police watchdog.

During a particularly emotional period of the inquest, video from the police cells showed Mamakwa reaching out for help, rocking back and forth, holding his chest and struggling to move and stand before lying down and no longer moving.

He died from ketoacidosis, a serious complication of Type 2 diabetes, alcohol use disorder and sepsis (when the body’s response to an infection damages its own tissues), said the autopsy report.

“All three of those conditions are quite treatable, and so the survivability chances” would have been “quite good” if he had been brought to hospital, said Pardhan in his testimony.

Most of the witnesses and evidence presented so far to the five-member civilian jury have focused on the death of Mamakwa, who was homeless and living with alcohol use disorder and other physical and mental health issues.

The evidence has demonstrated clear failures on the part of the entire emergency response, health-care and justice systems to take care of a vulnerable person, said Asha James, a lawyer representing both the Mamakwa and McKay families.

“As we’ve heard, the death was completely preventable and it’s a shame that [Mamakwa] fell through the cracks. But he fell through many cracks,” she told CBC News

Hand up interpreted as ‘wave-off’

The problems with Mamakwa’s treatment by police and paramedics began almost immediately, the inquest has heard.

Police and paramedics received a call about a “man down” on the steps of a south-side downtown church, a location that first responders testified is frequented by people drinking alcohol.

When paramedics arrived, police were already talking to one man, later identified to be Mamakwa, who was standing on his own two feet, testified Heather Gilbert, one of two responding paramedics.

Gilbert said one of the officers put a hand up, in a move she interpreted as a “wave-off,” a common practice among police, paramedics and firefighters — who often respond to the same incidents — to tell the other services the situation is under control and they aren’t needed. Ryan Krupa and Jeny Bailot, the police constables who were testifying,  said it wasn’t a wave-off, but instead was acknowledging the arrival of paramedics.

That miscommunication played a key role in the decision by paramedics to not conduct a medical assessment of Mamakwa.

Gilbert said wave-offs are still common practice, but there is no policy or protocol among the services, which could continue to create miscommunication, Gilbert acknowledged.

Mamakwa asked to go to hospital

During the interaction between Mamakwa and police, Mamakwa complained of difficulty breathing as well as pain from previous injuries, and asked at least twice to go to the hospital, the officers testified.

Krupa said it was his understanding Mamakwa only wanted to go to the hospital for a sandwich, and he told him that was not a good reason to be taken there. Neither Krupa nor Bailot told the paramedics about Mamakwa’s difficulty breathing, according to the testimony of the two officers.

When paramedic Rob Corbeil arrived to the scene a few minutes later, he heard Mamakwa ask to go to the hospital and complain again that he couldn’t breathe, according to an audio recording of Corbeil recounting the situation as part of an Ontario Ministry of Health investigation in 2015.

Mamakwa didn’t have any shortness of breath, was speaking normally and in no apparent distress, Corbeil said during the 2015 investigation, so he did not complete any physical assessments before leaving.

When the paramedics left, Krupa and Bailot said in their testimony, they believed the paramedics had “medically cleared” Mamakwa, so they arrested him for public intoxication and brought him to the police station to “sober up.”

But paramedics do not have the authority to “medically clear” anyone, according to testimony from Pardhan, also an associate professor of emergency medicine at McMaster University in Hamilton.

The only time a paramedic can decline bringing a patient to the hospital when called to a scene is if the patient doesn’t want to go, Pardhan said.

If a patient requests it, that person should always be brought to the hospital, Pardhan said, adding it is difficult for anyone without medical training to determine whether someone needs treatment in the field.

But that’s not always the case, Const. Neal Soltys told the inquest.

Soltys was testifying about his interactions with a third First Nations man, Dino Kwandibens, who was seen, in videos shown to the inquest, being dragged through the police station. Kwandibens was also arrested for public intoxication on the same day as Mamakwa.

Soltys said that when he was called to the scene, he determined Kwandibens had been drinking enough that he shouldn’t be left alone, but also decided his condition didn’t warrant going to hospital, so he took Kwandibens to the police station instead.

Part of the reason, Soltys said in his testimony, is that hospital staff “often give us flack” if they bring people who are intoxicated to the hospital.

There have been some changes in practice since 2014, Soltys said, including that police tend to defer to paramedics as the lead on the scene when there is a “man-down” call.

One of the central questions being considered during this inquest is “how racism, bias and stereotyping may have been a factor in the Thunder Bay paramedics’ and police officers’ interactions” with Mamakwa and McKay, according to a document from the coroner.

Everyone has unconscious bias, which affects their daily interactions and decision-making processes, Dr. Suzanne Shoush said in testimony. Shoush is a family physician and the Indigenous health faculty lead at the University of Toronto’s department of family and community medicine.

In emergency response and health care, those unconscious biases can manifest in a “malignant narrative,” where preconceived notions about someone based on factors like gender, race or economic status can influence cognitive decision-making and lead health-care professionals “on a runaway train to a catastrophic outcome,” Shoush said.

After reviewing the available evidence and providing her testimony, Shoush told CBC that “in this case, really from beginning to end, probably the leading contribution to the death of these two gentlemen [Mamakwa and McKay] was the fact that they were First Nations men.” She added their requests for help were downplayed or ignored.

Dr. Suzanne Shoush, a family doctor and expert witness, testified at the inquest into the police custody deaths of two First Nations men in Thunder Bay. She spoke to guest host Bridget Yard about racism and bias in healthcare and justice, how that affects Indigenous people moving through those systems, and the urgent need for change.

“If, as health-care providers, we are not aware of that insidious and that pervasive bias, that permeates all aspects of our society, including our own judgments.”

However, when asked, all of the first responders who have testified so far said they do not believe unconscious bias affected their judgment or interactions with Mamakwa.

“Education is something that Dr. Shoush stressed is important, and ultimately, it’s the jury’s responsibility to come up with recommendations at the end of this process, and that’ll be something for them to determine in terms of what may be needed,” said Kate Forget, a lawyer representing the coroner during the inquest.

The inquest is expected to last 17 days and include 31 witnesses.

At the end of the process, all legal parties will have the opportunity to submit recommendations they believe will help prevent other deaths similar to what happened to Mamakwa and McKay. The jury will decide what recommendations should be adopted and provided to the organizations involved in the inquest.