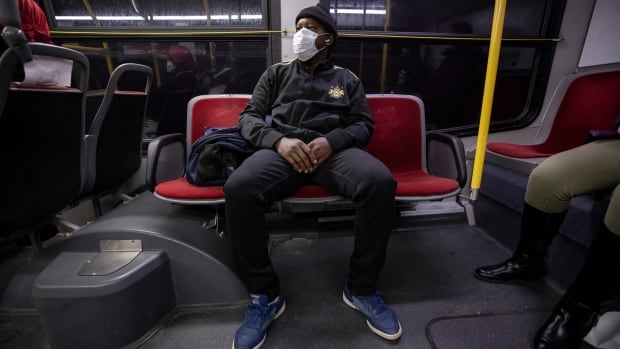 Feeling anxious and tired as things reopen? Here are tips to help


Now more than a year into the pandemic, CBC Ottawa looks at how people adapt to new realities with its series The Slow Return.

For Monika Benson, just thinking about socializing again as society reopens is “nerve-racking.”

“During the pandemic, I kind of discovered that I was transgender,” she said. “Now I’m just trying to figure out how to exist as myself in this new situation.”

Benson began to transition after she confronted her identity during the pandemic, at a time when she was on her own, working from home. She’s one of many who may feel anxious as the province forges ahead with vaccinations and its reopening plan, creating more opportunities to socialize and be around people again.

The Ottawa resident says socializing has always been difficult and “a little awkward,” even before the pandemic. With the prospect of heading back to work and socializing more in person, Benson was anxious especially about coming out at her workplace.

“I don’t know if people will accept me, or how easy it’s going to be to kind of get into a new social circle,” she said.

Since speaking with CBC, she sent a coming-out email to her department in September and says her co-workers have been “wonderful so far.”

Even without such a significant change, experts say it’s normal to feel awkward, worried or even exhausted at the prospect of re-entering social situations. The key is to be honest about how you’re feeling, and go easy on yourself.

Monika Benson, who began transitioning during the pandemic, says returning to social life is especially daunting because she worries about whether or not she’ll be accepted into old and new social circles. 0:53

Carleton University student Usama Javaid says he’s excited to finally meet people on campus, but is also “very, very anxious … very afraid, and a bit hesitant” about going out and having a social life again.

Javaid has been stuck at home since immigrating to Canada last October from Pakistan. As someone who had an active social life pre-pandemic, he says his only interactions now are with his mom, sister and the occasional cashier.

“My transition into Canada is just about to start because I’ve been in limbo for the past year.”

He’s also feeling more physically drained and sluggish as he spends long periods sitting in his computer chair or on his couch.

“Even vacuuming my carpet feels like a massive chore,” he said. “It’s like I’ve almost forgotten the life I used to have before COVID.

“My body got a little bit more softer and weaker … I feel tired very quickly.”

Allison Ouimet, an associate professor of psychology at the University of Ottawa, says anxiety over illness, long-term consequences of COVID-19, and its impacts on social relationships has been prevalent in the past year and a half.

“Now that we’re heading much more into reopening, those same problems are coming up,” said Ouimet, who specializes in anxiety disorders.

Despite that, most people will “slide back into socializing to pre-pandemic levels” quite easily after getting over a few awkward bumps, according to Ouimet.

“It’s OK to feel anxious … worried…. Allowing that, rather than judging, it is step number one.”

Next, Ouimet says it’s key to pinpoint exactly what you’re fearing in that moment.

Look at those fears and come up with a plan, she advises. That could mean reading statistics and expert advice on current transmission and gauging your comfort level, or even asking someone “should we hug?”

Start small, like going for a walk or sitting on a patio, then transition to what you’re comfortable with next, advises Ouimet.

“The steps might be a lot smaller,” she said. “You may need some help with it, such as consulting a psychologist or another mental health professional.”

For many who worked from home, it can be physically taxing to complete once mundane tasks like going to the office, commuting, or enjoying a night out.

Judy King, an associate professor of physiotherapy at the University of Ottawa, warns people not to overlook the things you once did that could add to your physical exhaustion — like carrying a backpack or heavy purse, wearing certain shoes, and interacting with co-workers.

Commuting further perhaps because of a pandemic move, or wearing a mask for extended periods of time may also be a new reality for some.

King advises people practise and role-play before fully integrating into a new routine.

“Many people are going to take public transit. So again, they might want to do a little bit of a trial run,” she said.

Another tip is to find time for breathing exercises, do some basic stretching, and meditate.

“We all need to be kind to each other over the next year, as we renegotiate and re-enter into society,” she said. “Give [yourselves] a little bit of a break.”