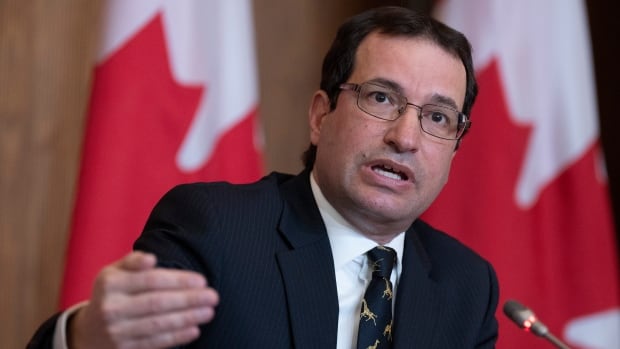 
Fisheries and Oceans Canada is falling short when it comes to protecting endangered aquatic species — particularly species that are commercially valuable — says a new report tabled in the House of Commons on Tuesday.

The 2022 Fall Reports from Environment and Sustainable Development Commissioner Jerry DeMarco found inadequate staffing, knowledge gaps and a bias against protecting species of commercial value at the department.

“In our view, there shouldn’t be such a bias, because if you take a longer-term view, the economic interest and the environmental interest in terms of protecting biodiversity should coincide,” DeMarco told a news conference Tuesday.

“Unfortunately, short-term economic concerns can trump the need for long-term measures to protect a species.”

The report said Fisheries and Oceans Canada did not have enough staff to enforce laws aimed at protecting at-risk species.

The audit report also took Fisheries and Oceans Canada to task for delays in assessing whether a species needs special protection. It found the department was taking more than three and a half years on average to list a species as at-risk — in some cases much longer.

And when that assessment relates to a fish with significant commercial value, the report said, the department appears to lean against listing the fish as needing special protection.

The report pointed to Newfoundland and Labrador’s Atlantic cod stocks as an example of a species the department hasn’t listed for special protection in spite of its low population.

Overfishing led to a moratorium on commercial fishing of Newfoundland cod in 1992, and twice since then the Committee on the Status of Endangered Wildlife in Canada assessed cod stocks as “endangered” — meaning they face an imminent danger of being wiped out.

DeMarco cited the job losses that the moratorium caused as an example of how failing to protect a species can harm the economy.

Once the committee makes an assessment of the health of an aquatic species population, Fisheries and Oceans Canada must review the assessment and decide whether to list the species for special protection under the Species at Risk Act. Listing the species as endangered is meant to prevent it from being killed, harmed, harassed or captured.

DeMarco’s report said the department’s advice on whether to consider a species endangered often has not been based on science or evidence.

“We found that the rationale was inconsistent. For species that didn’t have commercial value, [Fisheries and Oceans Canada] didn’t hesitate to talk about the importance of protecting the species from an ecological point of view,” DeMarco told the news conference.

“But when the species had commercial value, you saw the calculus change and, unfortunately, [with] more of an emphasis on short-term economic values as opposed to ecological ones.”

DeMarco said he’d like to see Fisheries and Oceans Canada change how it thinks about protecting fish species.

“I think the department needs to take a much longer term view and realize that it’s in everyone’s interest to protect fish stock at a healthy level,” he said.

“On aquatic species, we are fortunate in Canada to have a robust legal and regulatory framework for species at risk which offers protection to all aquatic species,” the ministers said in a media statement.

“As we respond to the Commissioner’s findings, we will ensure that all components of the next Federal Sustainable Development Strategy related to species at risk are measured, and that key actions for protecting and conserving species at risk are reported.”

“Measurable actions and clear reporting on progress are important for conveying to Parliament and to Canadians whether Canada is meeting its biodiversity commitments,” DeMarco said in a news release.

“Reporting is important, but results are what really matter. Unfortunately, on that score, the picture is not a positive one.”

Over the past eight years, DeMarco said, results have stalled “well below” the target for recovery of at-risk species.

Another report from the commissioner gave the government high marks for its management of radioactive waste in Canada.