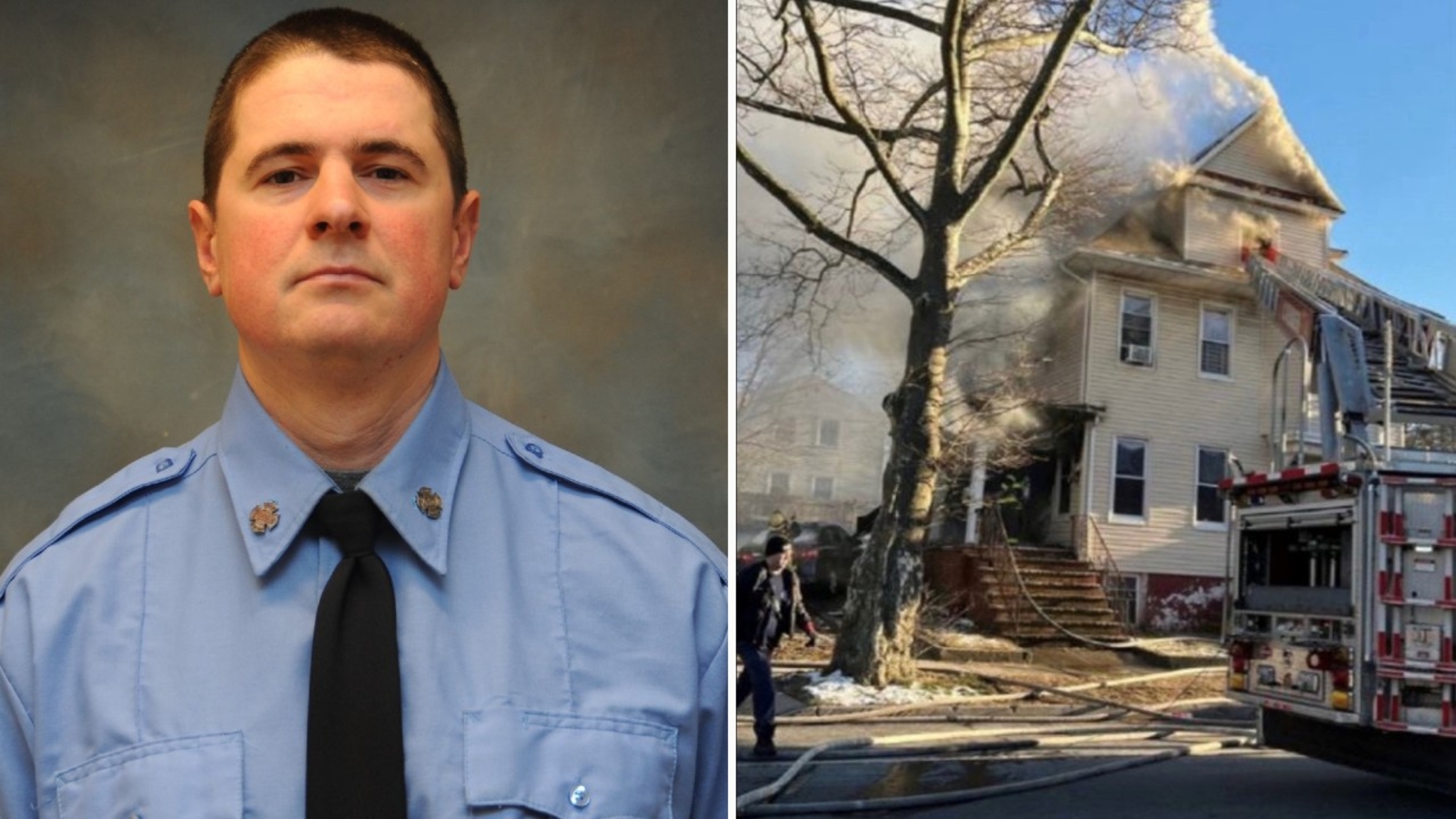 FAR ROCKAWAY, Queens (WABC) — The FDNY and New York City are in mourning after a firefighter died Wednesday night, suffering a medical episode while on duty one day after battling a house fire in Queens.

The FDNY will hang bunting at the firehouse of 33-year-old Jesse Gerhard in Far Rockaway on Friday.

He went into medical distress the next afternoon at his firehouse, Ladder 134 at 1617 Central Avenue.

The members of his firehouse immediately provided emergency medical care, but Gerhard, a 7-year veteran of the department, died at St. John’s Episcopal Hospital.

“Firefighter Jesse Gerhard dreamed of being a firefighter his entire life, and he lived that dream, bravely serving the residents of Queens by battling fires and rescuing New Yorkers from harm,” Mayor Eric Adams said. “The heartbreaking loss of this brave young man who was so committed to saving others is a painful reminder of the dangerous and difficult work New York City Firefighters do every single day.”

As a mark of respect for the memory of Firefighter Jesse Gerhard of Ladder Company 134, who died in the line of duty, all flags, shall be lowered to half-staff until the date of Firefighter Gerhard’s interment, by order of the Mayor of the City of New York, Eric Adams. pic.twitter.com/rhLSFE1q6g

“As a firefighter and an EMT, Jesse Gerhard served our city with incredible courage and valor, always rushing into danger and risking his life to save others,” acting Fire Commissioner Laura Kavanagh said. “Our entire department is in mourning over the tragic death of this extraordinary young man who always answered the call and never wavered in his sworn duty to save others.”

The day before his death, Gerhard had “operated extensively” at a second-alarm house fire.

“It was a very hot and smoky fire,” Chief of Department John Hodgens said. “A lot of fire on multiple floors of the building.”

Gerhard was part of that group that pushed their way into the burning house.

“It’s a very strenuous position to be in, probably the most strenuous of all the different positions that we do work in,” Hodgens said. “He worked through the fire, he was relieved. We really don’t know what happened at this time, but we are investigating all possibilities.”

Gerhard was working a 24-hour tour when he collapsed, and investigators have begun asking many difficult questions.

“What happened at the fire? Did he take in smoke? Did he work too hard? Did he work too long?” FDNY Safety Chief Michael Myers said. “He worked, came back to work the next morning, and then was working overtime last night, so you’re putting in a tremendous amount of hours.”

Gerhard was a resident of Long Beach and was a volunteer with the Islip Fire Department. He is survived by his parents, his brother, and his sister-in-law.

“The Uniformed Firefighters Association is devastated over the loss of our brother, Firefighter Jesse Gerhard, who gave his life for this Department and the City it protects,” union President Andrew Ansbro said in a statement. “Gerhard’s sacrifice embodies the true meaning of the word ‘hero’ and this city will be eternally grateful. The entire firefighter and first responder community grieves as one with the Gerhard Family and will stand with them as they cope with this tragedy. Our deepest sympathies to his brothers and sisters in Ladder Co. 134 who are heartbroken at the loss of one of their own.”

Gerhard joined the FDNY as an Emergency Medical Technician in July 2014 and was first assigned to Station 10 in Manhattan and later served at Station 47 in Far Rockaway.

He entered the Fire Academy in December 2017, and after graduating in April 2018, was first assigned as a Firefighter to Engine Company 264 in Far Rockaway.

In March 2020, he transferred to Ladder Company 134, located in the same firehouse as Engine Company 264 in Far Rockaway.

He was honored for bravery once in his career, the FDNY said.

Firefighter Gerhard is the 1,156th member of the FDNY to die in the line of duty.

The last member of the department to die in the line of duty was Lieutenant Joseph Maiello, who died on December 26, 2021.

Chamath Palihapitiya out as chairman of Virgin Galactic