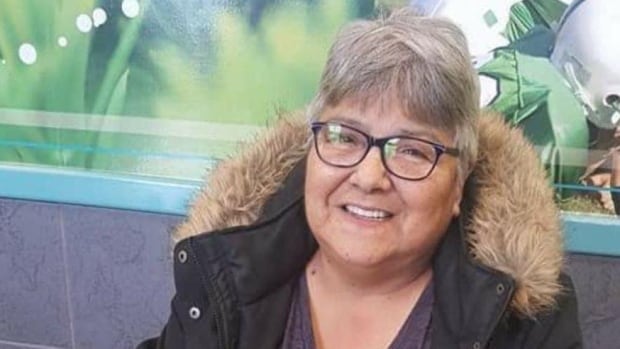 
A Cape Breton family is calling for changes to the health-care system after an investigation found hospital staff likely failed to provide proper care to their loved one before she died.

Bridget Anne Denny, 65, was taken to the Cape Breton Regional Hospital in Sydney in January 2021 due to pain she believed was associated with lupus, an autoimmune disease. She died in hospital the day after being admitted.

CBC News has learned the circumstances surrounding Denny’s death are now being investigated by the College of Physicians and Surgeons of Nova Scotia. According to an organization spokesperson, no details of a complaint can be discussed or confirmed.

Denny, an Eskasoni, N.S., elder and fluent Mi’kmaw speaker, was examined by an emergency room doctor who discovered she was suffering from a necrotic toe that likely required amputation.

“She wasn’t on her deathbed,” said Denny’s daughter-in-law, Mary I. Joe Francis.

“She was talking. She was alert, she was fine, other than pain, like discomfort, but not to the extreme.”

Francis said relatives left Denny at night and expected to discuss treatment options in the morning.

The following day, the family were told at the hospital she had died that morning.

“I was expecting that they were going to take her into surgery,” said Francis.

“And I kept asking, you know, what had happened? Was she alone? Like, in our culture, it’s very important that nobody is left alone, especially if they’re going [to be] starting their journey. But again, we didn’t think that that was going to happen.”

Francis said a doctor advised the family that an autopsy wasn’t necessary, as Denny likely died from several ongoing health issues. After she was cremated and a funeral planned, another patient told them Denny fell overnight while in her hospital room. The family says they also learned she was treated poorly and her health was not properly monitored.

“One of the patients… they were ringing their buzzer [for] what seemed to be 20 to 25 minutes and nobody came to help her off the floor,” said Francis.

“We had so many questions. Why? Why? Why? Then we had a letter come in from MSI [the provincial health insurance system] saying that she had received an anesthetic the day that she died.”

Francis said she met with the hospital’s patient relations department and questioned whether hospital staff had provided proper care. It led to an investigation under the Protection for Persons in Care Act (PPCA) by the Department of Seniors and Long-Term Care.

“In conclusion, there are reasonable grounds to conclude that the facility failed to provide adequate care based on the lack of documentation to support [the] facility’s policies in response to the affected patient’s unwitnessed fall,” it said.

Francis said her family is also calling for a review of how staff nurses handled her mother-in-law’s care.

She believes what happened at the Cape Breton Regional Hospital has left her family without a proper end to their grieving.

“After we found out [about the fall]… I felt like we lied to our kids,” said Francis. “Obviously we’ve lost a very important person to our family. But it’s even worse when you don’t know. We don’t truly know what happened. Nobody is taking accountability.”

Nova Scotia Health said it was unable to discuss case details because of privacy legislation.

It said concerns raised over hospital care in the province can be discussed with hospital service managers or patient relations teams.

The health authority said it is working to educate staff and physicians and to raise awareness that the safety of patients is a priority.

Bernadette Marshall, president of the Nova Scotia Native Women’s Association, said she’s heard many complaints over the years regarding care given to Indigenous men and women at Cape Breton Regional Hospital.

“I don’t know what’s going on there — if they’re just too swamped or whatever,” said Marshall. “The way Mrs. Denny died — she shouldn’t have died the way she did. There should have been some sort of aftercare.”

Marshall said the province could do a better job of treating First Nation patients to ease their fears when it comes to receiving help.

She suggested that staff undergo sensitivity training and that the health authority hire Indigenous crisis navigators who are well-versed in Mi’kmaw culture.

Although nothing will bring Denny back, the woman’s family says finding answers might bring some closure.

“I feel like she’s not at rest,” said Francis. “And honestly, I don’t wish this upon anybody because the pain is real and it’s going to be here forever.”