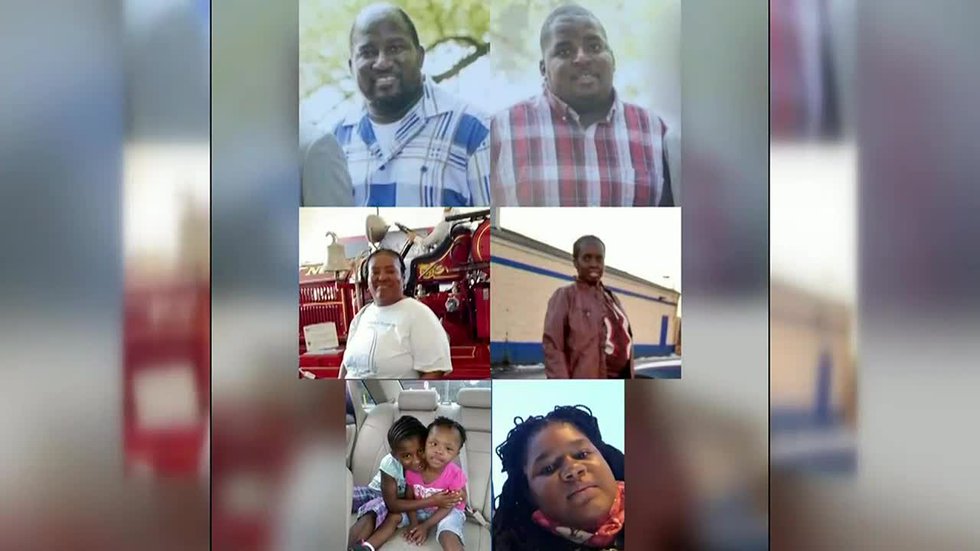 
ST. LOUIS, Mo. (KMOV) – News 4 is pushing for answers Sunday after a car crash Friday night left four people dead. Investigators said suspects fleeing from police hit a minivan carrying seven family members of the same family. Four of the adults in the car were killed and three children were injured. Other family members are now speaking out saying they want justice.

“We have to bury four family members, and one big family, and it’s right before Mother’s Day. I wanted to call my mom and say ‘Hey mom, Happy Mother’s Day! What do you want to do now?’ But I can’t,” Aaron Piggee explained.

Piggee lost his mother, his sister and two uncles in minutes Friday night. A crash Piggee said no one could have survived with the driver, he said, reaching 100 mph.

“When I got that phone call I automatically panicked and just, there’s no way this could happen,” Piggee said.

Piggee rushed to Barnes Jewish Hospital early Saturday morning to find his 15-year-old daughter, Anniysha Wallace, his 10-year-old niece, Takara, and his 6-year-old niece, Trinity, in critical condition. As of Sunday, Wallace and Trinity are off life support. Takara,11, is still unstable.

Piggee said the following family members, whom have not been confirmed by police, died in the crash:

“When police are chasing these cars, that are stolen or whatever the case can be, they’re not thinking about the people that are around. My family should still be here to this day, but why? I have no answers from them. The detectives have no answers for me,” Piggee said.

The driver of the Jeep Cherokee that hit and killed Piggee’s family is still on the run. The other two 17-year-olds in the car, one of whom fired shots at other cars during the spree, were taken into juvenile custody.

Piggee said the teens who hit and killed his family aren’t the only ones responsible.

“I really think that St. Louis City should be held accountable. We have to stop this police chasing, period. Everywhere. It has to come to an end because it’s dangerous. Families are losing loved ones because of this,” Piggee said.

In the last two weeks, suspects fleeing from police have caused three separate crashes inside St. Louis City limits, where innocent victims were killed. Piggee told News 4 the two juvenile suspects arrested at the scene have been released from police custody. News 4 is working to confirm that with police. We’ve also requested body and dash camera footage of this incident. It’s known from previous chases that police cameras automatically turn on when they reach a high rate of speed.