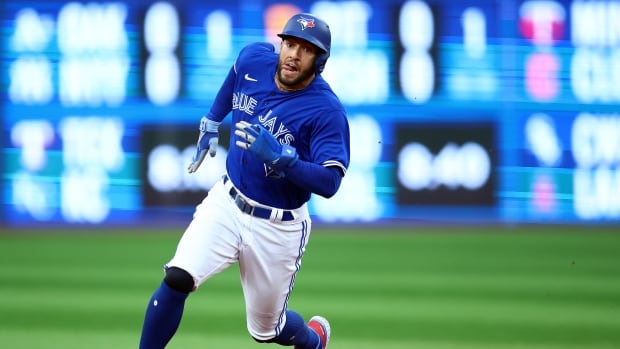 Everything you need to know about the Blue Jays-Mariners series


This is an excerpt from The Buzzer, which is CBC Sports’ daily email newsletter. Stay up to speed on what’s happening in sports by subscribing here.

That’s where the Toronto Blue Jays find themselves as they get set to host the Seattle Mariners for a three-game wild-card series beginning Friday. All three games will take place at Rogers Centre (Friday and Saturday at 4 p.m. ET, and Sunday if necessary at 2 p.m. ET).

The winner advances to meet the 106-win Houston Astros, who have played in three of the last five World Series.

Fuelled by young stars Bo Bichette and Vladimir Guerrero Jr. to a 91-win season in 2021 that left them one game short of the playoffs, the Blue Jays appeared primed to emerge as one of the best teams in baseball. But after the Jays sleep-walked through half of the season, hovering around a .500 winning percentage, the team fired manager Charlie Montoyo and replaced him with bench coach John Schneider, who guided the team to a 45-27 record and the top wild-card spot. Read more about Schneider’s impact here.

The Mariners missed out on the playoffs by two games last year, which was especially devastating for a team that hadn’t been there since 2001 and was carrying the longest post-season drought in major North American pro sports (that distinction now belongs to the NBA’s Sacramento Kings, at 16 years). Highlighted by a 14-game winning streak in July, the Mariners matched last season’s total of 90 victories — but this time, it was enough to advance.

The Blue Jays’ offence is the single biggest on-paper advantage of the series. Even in a year where none of Toronto’s position players truly broke out, the Jays led the AL in what are generally regarded as the three most important rate stats: batting average, on-base percentage and slugging percentage. Its 200 home runs were third in the AL, while only the AL East champion Yankees scored more runs.

Toronto’s strength is its depth, boasting five players who smacked at least 24 home runs and 10 who cashed at least 50 RBIs. There isn’t a ton of post-season experience on the roster, but centre fielder George Springer won World Series MVP with the Astros in 2017 and is tied for fifth in career playoff home runs.

Seattle, meanwhile, is more boom-or-bust. The Mariners placed fifth in the AL in home runs, but their .230 batting average was second-last in the league. Star rookie Julio Rodriguez, who hit 28 homers and swiped 25 bases, has the ability to turn the series on his own.

Sensational sophomore Alek Manoah will start Game 1 for Toronto. The beefy right-hander placed himself on the fringes of the AL Cy Young conversation by winning 16 games thanks to a 2.24 earned-runs average. He also seems to have the right mindset to succeed in the playoffs, telling reporters at Rogers Centre today that “pressure’s something you put in your tires.”

Toronto hasn’t announced its Games 2 and 3 starters yet, but it’s likely to be Ross Stripling and Kevin Gausman in some order. Stripling is a finesse pitcher who enjoyed a career year after filling in for the injured Hyun-jin Ryu, while Gausman lived up to expectations after signing a five-year, $110 million US off-season deal to replace Cy Young winner Robbie Ray, who moved on to — you guessed it — the Mariners.

Ray is scheduled to start Game 2 for Seattle, which could set up a juicy showdown against Gausman. The 31-year-old didn’t quite repeat his Cy Young-calibre season in Seattle, but he still racked up more than 200 strikeouts over 32 solid starts. The Mariners’ ace is Luis Castillo, who was acquired from Cincinnati at the trade deadline and didn’t lose a stride in his move to the northwest. Second-year starter Logan Gilbert, who pitched to a 3.20 ERA, will start Game 3.

If the starters are a wash — and that may be especially true in a three-game series, which saves Toronto from having to use the shaky Jose Berrios — then Seattle holds a slight edge in the bullpen, where its team ERA of 3.33 edged out Toronto’s still-solid mark of 3.77. Blue Jays closer Jordan Romano, of Markham, Ont., recorded 36 saves, the third-most in the AL.

Whichever team wins will be an underdog against Houston, whose World Series odds only lag behind the 111-win Los Angeles Dodgers. Vegas likes the Blue Jays as title contenders (+1400 to win it all, 6.67 per cent implied odds) a little more than the Mariners (+2200, 4.35 per cent).

The Mariners’ upset formula is simple: pitching, pitching and more pitching. The Blue Jays’ offence is prone to cold spells, but if it’s humming like it has the past month or so, Toronto should come out on top.

And if you find yourself anxiously waiting around for tomorrow’s first pitch, you can bide time reliving the glory years in this oral history of the Blue Jays’ 1992 World Series title by CBC Sports’ Doug Harrison.