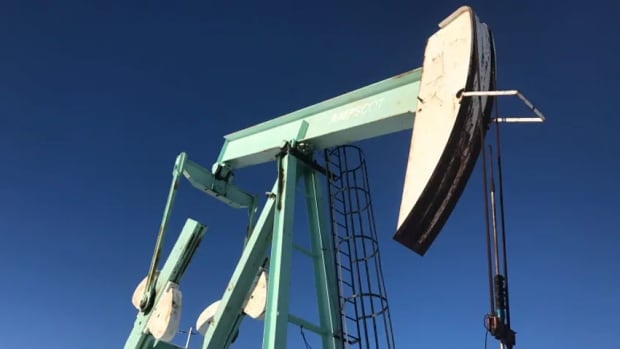 
There are a lot of conversations happening in Alberta these days about climate change and the future of energy. Some of them are happening around the kitchen table.

Dagmar Knutsen was taken aback when her Grade 9 son came home from school and declared Alberta was the worst in the world.

“Our oilsands, they are the worst in the world,” he responded.

“I know our emissions always haven’t been the greatest but do you know that they’ve come down?” she asked.

He hadn’t heard that, nor had he heard of how the sector aims to use carbon capture to further reduce emissions.

“But our teachers say that our textbooks are at least five years out of date,” he told his mom, who works as an accountant for an oilpatch equipment company in Red Deer.

Knutsen is using this exchange with her son two years ago as a launch point to help the next generation learn about the future of the energy sector, from geothermal energy to utility-scale batteries to plastics recycling, as it confronts climate change.

Later this month, she’s organizing the 10 Peaks Innovation Xchange, a student conference about the energy transition with more than 30 speakers including oilpatch executives, academics, renewable energy officials and environmental advocates, among others. More than 1,000 students have already signed up.

These are the types of discussions happening around the world, especially in the lead up to the COP26 UN climate conference in Glasgow at the end of the month. U.S. climate envoy John Kerry has described the event as “the last best chance” to avert the worst environmental consequences for the planet, as world leaders will gather to discuss and negotiate how to tackle climate change.

The burning of fossil fuels is always a focal point in the climate discussion. In Alberta, climate change can be a contentious debate as many in the oilpatch feel their livelihoods are under attack.

“We get polarized and that’s not what we should be teaching our kids. We should be saying, ‘Hey, we have these ideas, we have these great solutions, let’s go at it and let’s work on it together and let’s move forward together,'” said Knutsen in an interview.

Alberta’s oilsands reduced the carbon intensity of its oil production by 20 per cent from 2009 to 2020, according to energy research firm IHS Markit.

Total emissions are also increasing as more oil is pulled from the ground each year, highlighting one of the key environmental challenges the industry faces.

“Climate change is definitely a topic that we talk a lot about, especially in school when we talk about how to reduce our own carbon footprint,” said Stephanie Tan, a Grade 12 student at Notre Dame High School in Calgary.

“It’s really important that we’re all conscious of climate change.”

Many teenagers are hesitant to go into the industry, she said, because they don’t know enough about the sector or about all the different forms of energy. She is planning to attend the conference and has encouraged her classmates to join.

Alberta has found success in reducing emissions from phasing out coal power plants in favour of natural gas. So far, emissions from the province’s electricity sector are estimated to have fallen nearly 50 per cent from 2015 to 2020.

Power producer TransAlta says it has reduced its carbon emissions by 25 million tonnes since 2005, which it says represents about eight per cent of Canada’s entire needed emissions reductions to reach its 2030 goal. The company expects to be off coal in Alberta by the end of this year.

Chelsea Donelon, TransAlta’s senior advisor in carbon policy and technology, remembers being in high school and having few ideas about what careers exist beyond the traditional professions, such as being a doctor, lawyer or mechanic.

“I certainly did not know that the role that I have today would exist,” said Donelon, one of the speakers at the conference.

One of the largest energy companies in the country is Suncor, which is a big player in the oilsands, but it’s also investing in renewable energy, hydrogen and electric vehicle charging stations across the country, among other projects.

The company expects to be in the oil business for decades to come, since the world still depends heavily on fossil fuels. That could include producing lubricants for wind turbines and plastics for electronics and vehicles. How quickly society transitions to lower-emitting sources of energy is one of the uncertainties facing the oilpatch.

“We don’t have it all figured out yet, but this is going to be a hard conversation about what the energy mix will look like in 2050,” said Gary Bunio, who focuses on low carbon fuels and offsets at Suncor.

Hydrogen, renewables and carbon sequestration are some of the growing areas at the company, he said, and he hopes students are interested in the exciting and challenging transformation already underway throughout the industry.

“I’m not going to claim for a second that we have enough people in those areas.” he said.