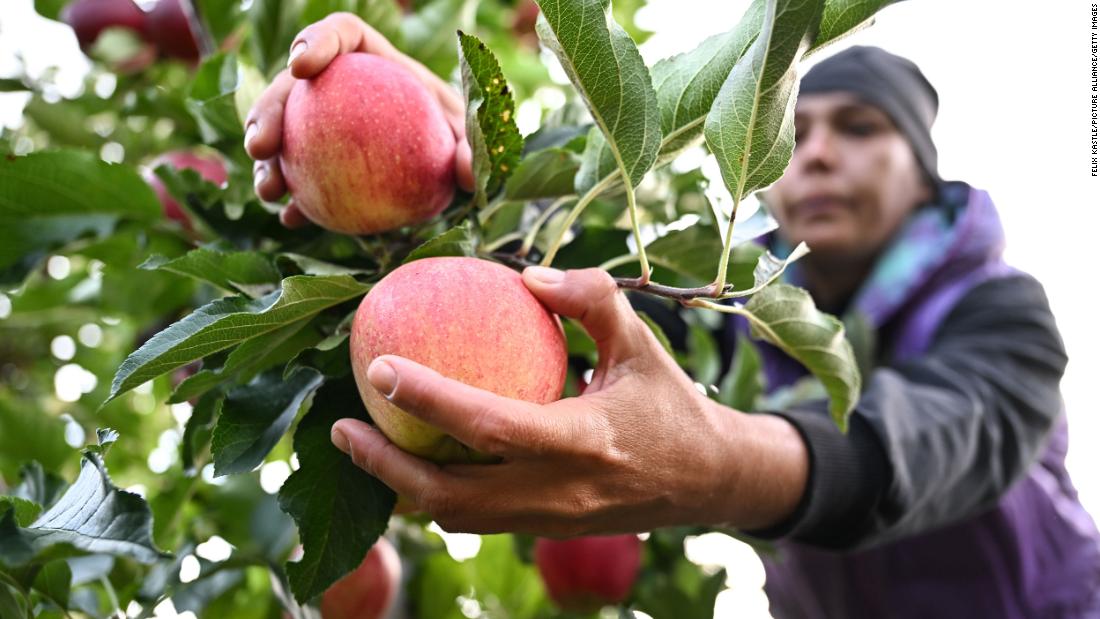 Eating seasonally and locally could benefit the environment

The taste and nutritional value of a hothouse tomato from the supermarket’s year-round stock is no match for that of one ripened by the sun in a community garden. You’ll get far more berries for the buck harvesting them yourself at a U-Pick farm than buying those packed in half-pint plastic containers and air-freighted from thousands of miles away. And patronizing our neighborhood farm markets gives us the good feeling of getting to know our sustainably minded producers and their earth-friendly practices while investing in the local economy.

But are personal food choices such as these doing much, if anything, to heal our ailing planet?

And a new study exploring the carbon footprint (greenhouse gas emissions) of Americans’ evolving eating patterns assures us that our efforts to shop and eat better aren’t in vain. Some foods impact the environment in drastically different ways. Animal products and heavily processed and packaged foods, for example, typically require considerably more energy to produce than the homegrown and handmade foods at local farmers’ markets. Five commodities are responsible for more than 75% of the U.S. diet’s carbon footprint, according to study: beef, milk and dairy, pork, chicken and eggs. And more than half of those greenhouse gases can be attributed to beef.

“The good news,” said Clare Bassi, the study’s co-author, is “diet changes are happening.” According to her study, over a 15-year period, US beef consumption fell by 30%, while collective changes in eating habits across all demographics led to a 35% decline in greenhouse gas emissions. That’s roughly equivalent to taking every single passenger vehicle off the road for nearly two years, she said in an email.

The study calculated greenhouse gas emissions based on individual daily diets reported by more than 39,000 US adults in the National Health and Nutrition Examination Survey between 2003 and 2018. Bassi looked at how the averages changed over time and examined trends based on demographic factors, such as sex, age, household income, and race/ethnicity. The study was published in the Journal of Cleaner Production.

Other studies, Bassi added, have shown that more than half of Americans are willing to eat more plant-based meat alternatives, and it’s predicted that the global market for plant-based protein sources may increase five-fold by 2030.

A common claim among local food advocates is that reducing our “food miles” — the distance our food travels from farm to plate — can also help fight climate change. Some groups have even advocated labeling to indicate a product’s mileage to its destination.
That might make sense intuitively, but in a 2020 report, Hannah Ritchie, the head of research at Our World in Data, calls that “one of the most misguided pieces of advice.”

Land use and farm-stage emissions, including the application of fertilizers and production of methane in the stomachs of cattle, account for more than 80% of the footprint for most foods.

Transport is responsible for less than 10% of their final carbon impact; for beef it’s less than 1%. The remainder of a food’s emissions mostly occur during processing, packaging, and retail.

“Eating locally would only have a significant impact if transport was responsible for a large share of food’s final carbon footprint,” Ritchie wrote in the report. “For most foods, this is not the case.”

She does, however, note one exception where seasonality and geography do make a difference: products which travel by air. Most foods are transported by boat, which generate far fewer emissions. Air-freight is generally reserved for highly perishable foods where speed of delivery is essential, such as blueberries or green beans. So it’s probably a safe bet that those fragile fruits and vegetables at the farmstand will be a more climate friendly choice than their out-of-season mass-produced counterparts.

Practical solution: What you eat

As with recycling, trying to offer one-size-fits-all solutions is tricky — and sometimes even counterproductive.
Scientists and activists tell us that no amount of individual action will be sufficient to halt the catastrophic impacts on the climate. Global policies holding industry accountable for its role in the crisis, they stress, are essential for addressing the magnitude of the problem.

But that doesn’t mean consumers are powerless beyond pressuring their lawmakers. “Small changes at home really can make a significant positive impact,” Bassi said.

By far, the more significant thing we can do at the dining table to mitigate climate change, she said, is to eat less meat and dairy, and incorporate a variety of healthy plant-based alternatives into our diets: fruits, vegetables, grains, legumes, nuts.

While eating less meat is one of the more quantifiable actions we can take, other actions add up as well.

“Sourcing locally can be one driver for impact reduction,” Bassi said. “But it’s often a small or highly variable lever for change.” She and other experts stress that it’s important for consumers to understand that what we eat, rather than where it originated and how it gets to us, matters most when it comes to trying to shrink our own carbon footprint.

“Most consumers don’t want to invest tons of time untangling these simultaneous equations in their heads in making their food purchases,” said Roni Neff, an assistant professor at the Johns Hopkins Bloomberg School of Public Health and program director at the Johns Hopkins Center for a Livable Future. Nor should they.

Making these dietary shifts needn’t be difficult, Neff said. “If the goal is greenhouse reduction, weighing the differences between this apple and that apple is less important than just knowing it’s an apple,” she said. “Think about the bottom of the food chain you learned about in elementary school: plants and seafood that are eating plants.”

Another practical way for individuals to take control of their carbon footprint is reducing food waste.

Farmers have to grow far more food than we actually need, because some 30 to 40% of what they produce gets tossed, according to the United Natural Resources Defense Council. That comes at a huge cost in greenhouse gases, Neff said. Plus it wastes land, water, labor, energy and other valuable resources.

In this regard, she pointed out, controlling our portion sizes matters not only to our waistlines, but the planet. “It’s easy to buy more than we can realistically eat, especially when we’re shopping at a farmer’s market when everything’s fresh and beautiful and we just want to try it all and buy it all,” she said.

Turning food scraps into nutrient-rich compost can combat food waste while helping your garden grow. Neff also suggested getting creative with leftovers, following guidelines for freezing your excess, and setting a special bin in the front of the fridge for things that need to be consumed more quickly.

“A really useful way to come up with solutions is write down everything your household actually eats for a week,” Neff suggested. “Get in the habit of communicating with family members to coordinate schedules so you’ll know who will be around for meals.”

Scientists tell us that a vast diversity of plant and animal life, from microbes in the soil to large predators such as bears and wolves, is essential for maintaining a balanced and healthy ecosystem. Monoculture, the practice of growing single species with identical genes in the same field, is responsible for much of the uniform produce available to us year-round in supermarkets. While these methods have the advantages of yielding huge volumes cheaply and consistently, they also destroy that biological diversity needed for long-term sustenance.

“We’ve lost a lot of our biodiversity in our food supply and narrowed in on a few varieties of fruits and vegetables that we like and know and keep going back to,” Neff said. “A farmers’ market is a great place to sample and try lots of things you haven’t tried. You could be the first on your block to try a new variety of peach they’ve never ever heard of, and who knows — that peach could turn out to be more resistant to drought or a pest than the more common ones on the supermarket shelf.”

From peaches and tomatoes in summer to citrus and kale and winter, nature is our best teacher in helping us add variety to our meals, which is good for our diet as well as the planet.

The Seasonal Food Guide is a comprehensive national database with a downloadable app of seasonal food (vegetables, herbs, legumes, nuts) available in each state throughout the year, based on data from the National Resources Defense Council and state departments of agriculture and university extension programs throughout the US. The guide offers recipes and tips for maximizing their uses in your kitchen. For guidance in making the most sustainable seafood choices in your area or at the supermarket throughout the year, check out The Monterey Bay Aquarium’s Seafood Watch app.

Evansville mother gives birth on the side of I-69 | Indiana